As 193 nations agreed on a deal to help integrate migrants, Germany found itself at loggersheads with the UK over its approach to the refugee crisis. Russia meanwhile blamed Western wars for mass migration. 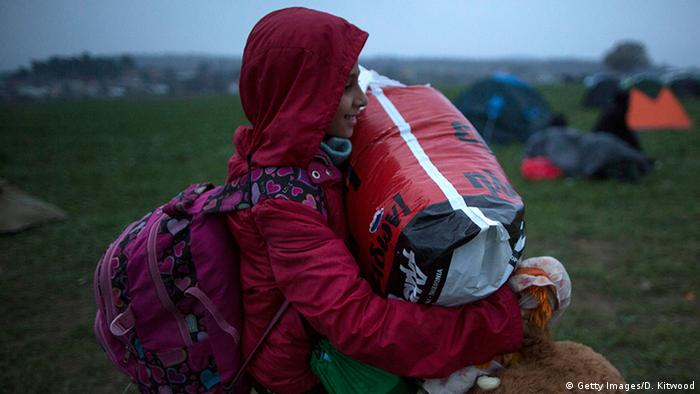 UN Secretary General Ban Ki-moon tabled the new international agreement on migration intended to give refugees and migrants improved rights. Under the initiative, more children would be able to attend school while more refugees would be able to find employment.

"Today's summit represents a breakthrough in our collective efforts to address the challenges of human mobility," Ban said.

The 193 UN member states adopted the political declaration at the first-ever high-level United Nations summit on migration held in New York on Monday, committing to better manage the flow of migrants and refugees while ensuring their human rights and protecting vulnerable groups.

By agreeing to the non-binding document, world leaders reaffirmed existing laws and guidelines, while also pledging to boost funding for humanitarian aid for refugees. The agreement also sets a two-year process for the creation of global frameworks to manage the movement of migrants.

"This summit shows that we can find common ground," Ban said. "But the summit will have real meaning only if we all honor the promises made here today."

Quiet disagreement between UK and Germany

German minister for economic cooperation and development, Gerd Müller recommended the creation of a permanent emergency fund of 10 million euros ($11 million) as a way to prevent funding gaps in the assistance of refugees. 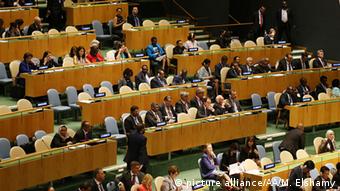 British Prime Minister Theresa May, however, stressed the importance of distinguishing between refugees and economic migrants. She confirmed Britain's ongoing commitment to international aid: "We must also be clear that this crisis has been exacerbated by unprecedented levels of uncontrolled migration," May told the summit, adding that countries had the right to protect and manage their borders.

"Because it is not only refugees who are moving in large numbers, it is also those seeking greater economic opportunities," she added. May stressed that uncontrolled migration was not in the best interest of the migrants.

Other countries on the forefront of the refugee crisis also called on the international community to live up to its global responsibility to help carry the burden of managing the refugee flow.

Italian Foreign Minister Paolo Gentiloni Silveri called for international solidarity to find a durable solution, noting that Italy had rescued more than 135,000 people in the Mediterranean Sea en route to Europe since the beginning of 2015.

Greek Prime Minister Alexis Tsipras said that managing the flow of refugees could only work "on the basis of shared responsibility and solidarity." He called for further relocation of refugees from Greece to other European countries and asked for more international support.

US Secretary of State John Kerry said the US believed that every country needed to do more. Kerry said it was a global responsibility to address the root causes of conflict and assist those who have to flee their homes.

Russian deputy foreign minister Gennadiy Gatilov said that the current migration crisis was "largely a consequence of irresponsible intervention in the domestic affairs of sovereign states [...] to destabilize them and forcibly oust inconvenient governments." He added that those states should shoulder the burden.