The photographer and husband of Swedish Academy member Katarina Frostenson is on trial for two counts of rape dating to 2011. Earlier this year, the scandal led to the postponement of the Nobel Prize for Literature. 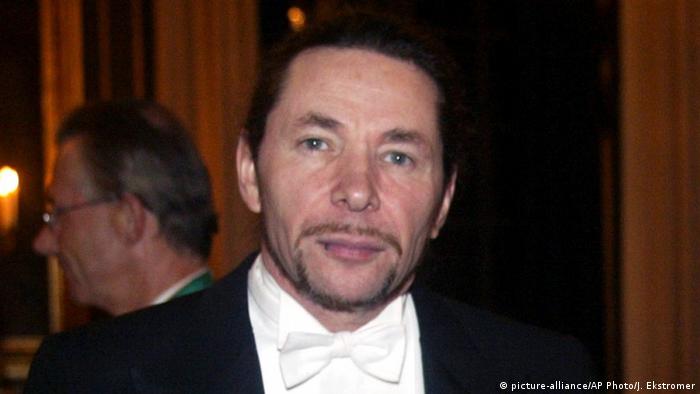 The man at the center of a sex abuse and financial crimes scandal that has rocked the Swedish arts academy that awards the Nobel Literature Prize could face three years in jail if prosecutors' demands are met.

Arnault, a well-known cultural figure who is married to Swedish Academy member Katarina Frostenson, became the subject of multiple sexual assault allegations when 18 women publicly accused him of harassing or raping them in Sweden's Dagens Nyheter newspaper last November. He is currently on trial for two counts of rape of a woman in 2011.

Prosecutor Christina Voigt says Arnault, a French citizen, should be held in custody because "there is a risk he might leave the country."

Speaking Monday after closing remarks at the three-day trial being held behind closed doors in Stockholm, Voigt also demanded that Arnault be sentenced to three years in prison. The verdict is expected to be announced on October 1 after testimonies by the alleged victim and seven witnesses have been presented at the trial.

Arnault's lawyer Bjorn Hurtig told reporters he "reacted with dismay" and shock after Monday's closing remarks at the trial. He said Arnault was immediately taken away to the Kronoberg prison in Stockholm.

While Arnault has denied the rapes and other sex abuse allegations, the scandal prompted eight academics to de facto resign from the Swedish Academy, a post that had previously been awarded for life. Faced with the outcry further fueled by the #MeToo movement, the committee decided to postpone awarding the Nobel Prize for Literature in 2018 and will award two in 2019 instead. The head of the academy has also resigned.

Arnault was also suspected of violating century-old Nobel rules by leaking names of winners of the world-renowned literature award up to seven times, starting in 1996 — through no investigation has been opened into those allegations.

The allegations caused Frostenson to quit the Swedish Academy, an institution that has been accused of having patriarchal leanings after it was alleged that Arnault had abused female members of the Academy, in addition to his own employees and the daughters of academic colleagues.

The Academy's own internal investigation into the sexual misconduct allegations that was released in April indeed found that "unacceptable behavior in the form of unwanted intimacy" has taken place within its ranks.

After a sexual harassment scandal split the body awarding the Nobel Prize in Literature, the Swedish Academy confirmed "unacceptable behavior" had taken place. The names of laurates were also repeatedly leaked. (20.04.2018)

DW's Karin Helmstaedt on the Swedish Academy's decision to postpone this year's Nobel Prize for Literature.