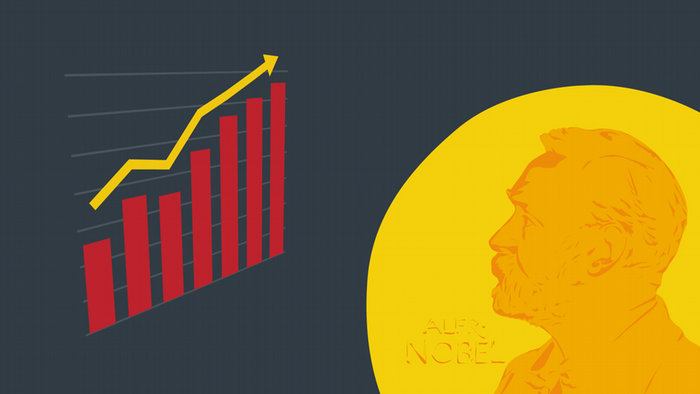 The Nobel Memorial Prize in Economic Sciences was been awarded to three United States-based economists — David Card, Joshua Angrist, and Guido Imbens — the Royal Swedish Academy of Sciences said in Stockholm on Monday.

Card, a professor of economics at the University of California, Berkeley, received one-half of the award for his "empirical contributions to labor economics."

Angrist, an economics professor at the Massachusetts Institute of Technology, and Imbens, a Stanford University professor, share the other half of the award for showing "how precise conclusions about cause and effect can be drawn from natural experiments."

The 2021 winners have "provided us with new insights about the labor market and shown what conclusions about cause and effect can be drawn from natural experiments," the prize committee said in a statement. "Their approach has spread to other fields and revolutionized empirical research."

Natural experiments are observational studies that use real-life scenarios rather than controlled settings to study the impacts of a policy on people or the economy. They are often used by economists to study situations where rigorously controlled studies cannot be done.

Professor Card used natural experiments to show that an increase in the minimum wage does not necessarily lead to a drop in hiring, challenging the conventional wisdom, and that immigration does not lead to lower pay or job losses for the natives.

As natural experiments show, the effect of an intervention varies between people. This makes it difficult to interpret data from such studies. Angrist and Imbens showed exactly what conclusions about cause and effect could be drawn from natural experiments.

"Card's studies of core questions for society and Angrist and Imbens' methodological contributions have shown that natural experiments are a rich source of knowledge," said Peter Fredriksson, chair of the Economic Sciences Prize Committee. "Their research has substantially improved our ability to answer key causal questions, which has been of great benefit to society."

Nobel Prize in economics awarded for work on 'natural experiments'

When Card was told about the call from Sweden early Monday, he initially thought his friends were playing a prank.

"The message said the call was coming from Sweden," he told Berkley's website just after winning the award. "I have a couple of friends who would pull a stunt like that."

"Most old-fashioned economists are very theoretical, but these days, a large fraction of economics is really very nuts and bolts, looking at subjects like education or health, or at the effects of immigration or the effects of wage policies," he said. "These are really very, very simple things. So, my big contribution was to oversimplify the field."

Dutch-born Imbens said at first he was "absolutely stunned to get a telephone call" and then he was just "absolutely thrilled to hear the news." He added that he was happy to share the award with his good friends, saying Angrist was best man at his wedding.

The Nobel Prize in economics, formally called the Sveriges Riksbank or Swedish Central Bank Prize, wraps up this year's Nobel Prize season. The award was created by the Swedish central bank "in memory of Alfred Nobel."

It is named after the Swedish central bank because unlike the other Nobel Prizes, it was not among the original five endowed in Swedish inventor and philanthropist Alfred Nobel's will. It was instead created through a donation from the central bank to the Nobel Foundation in 1968 to mark the bank's 300th anniversary. 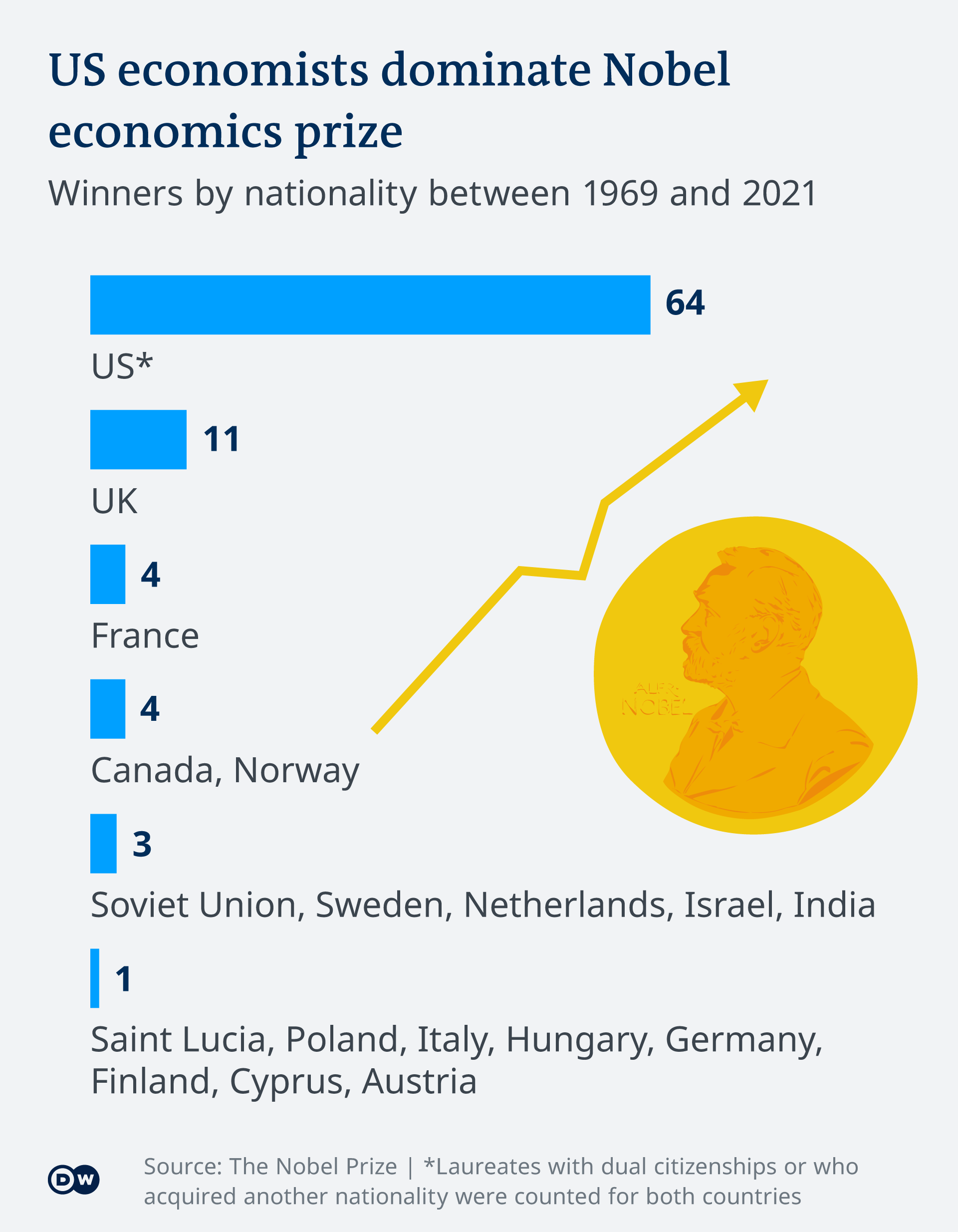 The nomination to the economics prize is by invitation only, with the award committee sending confidential forms to people who are "competent and qualified" to nominate. The names of the nominees are kept under wraps for at least 50 years.

A total of 89 individuals, mostly from the US, have won the award since its commencement in 1969.

The prestigious award comes with a 10-million-krona ($1.1 million or €988,000) cash prize and a gold medal. It is the last of the Nobel Prizes to be announced and comes after awards for medicine, physics, chemistry, literature and peace.

With inputs from Reuters