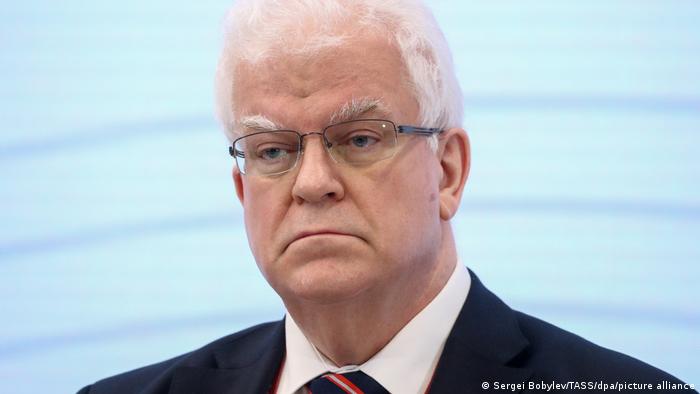 Russia's envoy to the European Union, Vladimir Chizhov, has rejected suggestions that his country is about to attack Ukraine.

The New York Times cited a US intelligence source as saying that Moscow was discussing this Wednesday (February 16) as a date for military action in Ukraine, which Chizhov denied in remarks published in German newspaper Die Welt.

What did Chizhov say?

"As far as Russia is concerned, I can assure you that there will be no attack this Wednesday," Chizhov told Die Welt.

"Wars in Europe rarely start on a Wednesday," Chizhov added.

Moscow's ambassador to Brussels made similar comments in December.

Since then US officials have said their intelligence shows Russia could be planning to attack Ukraine before the end of the Winter Olympics on February 20.

'So where's the evidence?'

Chizhov condemned the US allegations of a possible invasion of Ukraine.

"When you make allegations, especially very serious allegations against Russia, you also have a responsibility to present evidence. Otherwise it's slander," Chizhov said.

"So where's the evidence?" Chizhov asked.

He urged the West to take Russia's security concerns seriously, saying "when our partners finally listen to our legitimate concerns, a process of detente will not be long in coming."

"That would be in the interest of all Europeans from Lisbon to Vladivostok, but also of all other nations in the world," he added.

Russia has demanded that NATO restrict activities in Eastern Europe and promise not to give Ukraine membership in the alliance. The Kremlin has also demanded a ban on deploying weapons systems off Russia's borders.

US ambassador to NATO: No evidence Russia is de-escalating