No German Grand Prix in 2020 Formula One season 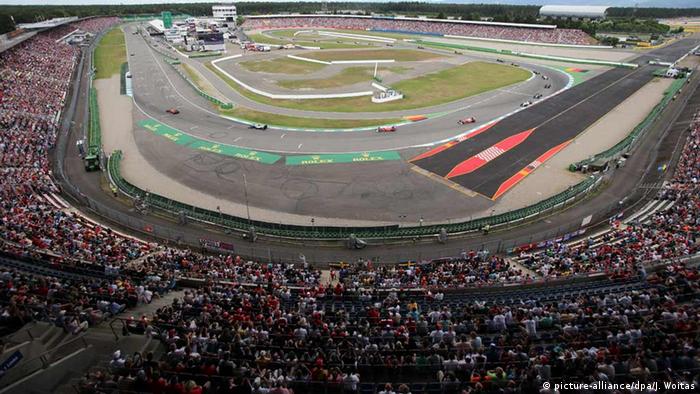 The announcement that the Hockenheimring will not host a race in 2020 came on Thursday with the release of the provisional calendar for the upcoming season but had been foreshadowed for some time. "If that was the case, it would not surprise us" or "shock us," the track's CEO, Jorn Tesketold, told the press agency SID on Wednesday.

Money has been the major sticking point, with F1 owners Liberty Media reportedly asking for a fee in the region of $50 million (€44.5 million) to have motor racing's biggest show stop in a city. Ticket sales rarely cover such costs, and this year's Grand Prix was funded with the help of Mercedes. No such arrangement could be reached this time.

As a result, the country that has produced driving greats such as Michael Schumacher, Nico Rosberg and current favorite Sebastian Vettel will have to go without in 2020.

Vietnam is one of the beneficiaries and will become the 34th country to host an F1 grand prix on April 5 in Hanoi. Elsewhere, Dutch driver Max Verstappen will race at the top level in front of his own fans for the first time as the Dutch Grand Prix returns at Zandvoort on May 3 after an absence of 35 years.

The 70th season of the world championship will begin in Melbourne with the Australian Grand Prix on March 15 and will conclude on November 29 at Yas Marina in Abu Dhabi.

The grand prixs in Mexico and Spain both survived, despite initial speculation to the contrary, and F1 said an extension to the contract with the Italian Grand Prix was "being finalized" before it celebrates its 90th anniversary next weekend.

The 2020 season will feature 22 races for the first time, meaning there will be seven back-to-back race weekends.

Formula E driver Sebastien Buemi: 'You have to be quick and save energy simultaneously'

Formula E is returning to Switzerland following its debut in Zurich in 2018. DW spoke to Swiss Nissan e.dams driver Sebastien Buemi about competing at home and the differences between F1 and Formula E. (21.06.2019)