Despite a tricky start, the young Dutchman secured his second win of the season on a day of high drama at Germany's Hockenheimring. Lewis Hamilton suffered a terrible day behind the wheel, finishing in 11th place. 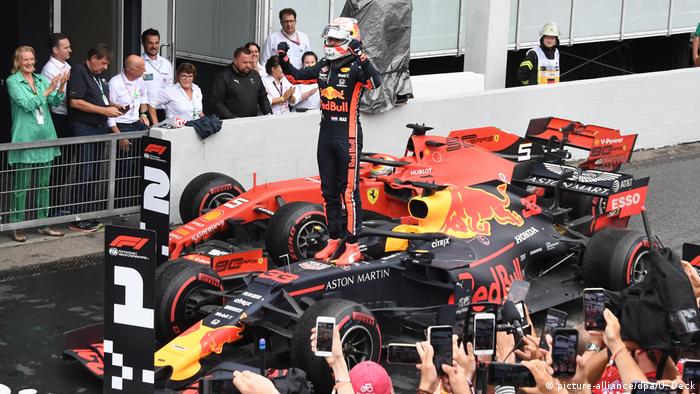 If ever there was an advert for Formula One, this was it. Germany's Grand Prix, at the Hockenheimring in Baden-Württemberg, had it all: skilled driving, slapstick decision making, crashes, spins, high drama to the final lap — and even a healthy smattering of rain.

Max Verstappen's victory following a catastrophic start will long be spoken of by F1 fans. Though, in truth, Sebastian Vettel was the hero of the day, finishing in second place despite starting at the very back of the grid. It was a miraculous drive by the German Ferrari driver in front of an excited home crowd.

The 21-year old Verstappen's victory was his second of the season. He's the only driver other than those under contract with Mercedes to triumph anywhere this campaign, and it came off the back of an awful start. Despite lining up up in second, a wheelspin saw the Red Bull driver slip back to fourth, only to recover towards the end of a chaotic contest.

"It was amazing to win, it was really tricky out there to make the right calls, you had to be focused," said an elated Verstappen following his seventh career Grand Prix victory. The fact his car spun 360 degrees at one stage on the circuit — under no pressure from other drivers — was testament to the absurd nature of a race which saw fortunes dovetail from start to finish.

Lewis Hamilton, who tops the F1 leaderboard after 11 of 21 races, blundered when victory had looked a certainty. The usually composed Englishman lost control of his car in the wet conditions and eventually finished in 11th, despite securing pole in Saturday's qualifying. However, he remains 39 points clear of his teammate Valteri Bottas in the standings after the Finn crashed out with six laps remaining. 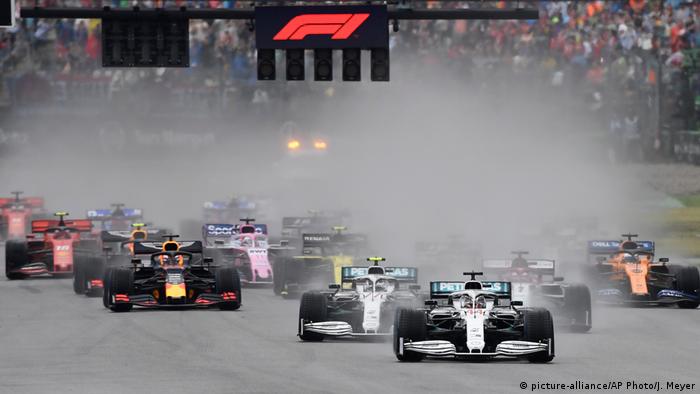 Verstappen, left, made a terrible start but recovered to win in Hockenheim.

It wasn't just the Mercedes team that struggled, as drivers appeared to have massively underestimated the wet conditions. A heatwave in southern Germany had preceded this contest, and teams failed to adapt their strategies accordingly after the weather took a turn for the worse. It wasn't pretty at times, but what followed was hugely entertaining.

The safety car was called upon on a number of occasions. Some drivers took as many as six pitstops, while several crashed on the exact same bend. Ferrari driver Charles Leclerc had been in contention for a podium finish, only to crash out after switching tyres.

Hamilton suffered more than most, however. The 34-year old hit a wall on the wet track directly before a comical pitstop which saw him sitting still for more than 40 seconds. Once he got going, he was slapped with a five second penalty for the manner in which he entered the pits to begin with.

Hamilton chose a bad day to lose his marbles. Mercedes were celebrating 125 years of their involvement in motorsport, as well as their 200th F1 start, in front of a home crowd. On the bright side, it's safe to asume those present won't forget the occasion in a hurry. 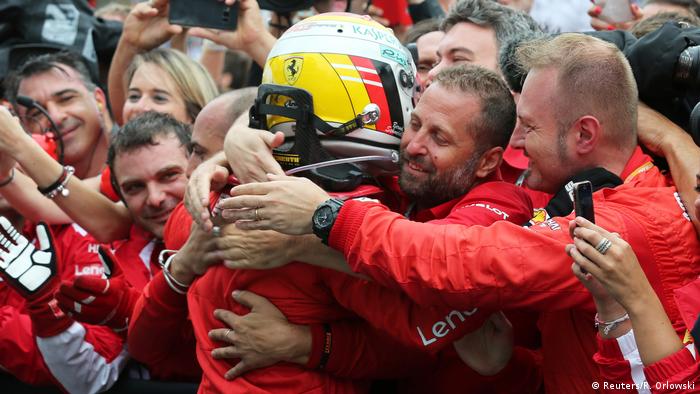 A vintage performance from their very own Sebastien Vettel will have more than made up for Mercedes' woeful showing. The German kept his cool from start to finish, making up six places in the first lap alone. A thrilling finish saw him overtake two opponents on the final lap to secure second, and one suspects he may have gone one further had there been a couple of laps still to go. In the end, catching Verstappen was a bridge too far, as Toro Rosso driver Daniil Kvyat came in third.

This may have been the last German Grand Prix, with Hockenheim organizers doubtful they will host again in future. Issues with cost and competition from elsewhere mean it is unlikely they will bid again next year. If that is the case, Verstappen, Vettel, and the other players in this marvelous comedy of errors, ensured it has gone out with a bang.

Formula One: The 2019 German Grand Prix could be the last

Lewis Hamilton, Sebastian Vettel and all the other Formula One stars will be zipping around the Hockenheimring this coming weekend. However, the 37th edition of the German Grand Prix could turn out to be the last. (25.07.2019)