No chance for Africa's lions?

The king of the animals is facing extinction. According to a study, the species, which is endemic to Africa, can only survive there on reservations. In some regions, populations have disappeared completely. 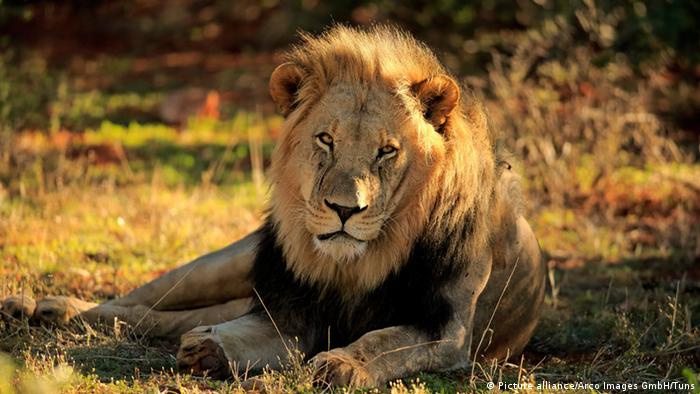 They appear big and powerfu,l and exude an air of elegance and serenity. In China, lion sculptures flank entrances intended to symbolize the power of a building's owne.r

The real lions, on the other hand, aren't doing so well. The process started a long time ago, with the predators successively dying out in the Americas, Siberia, Europe and Western Asia during the last ice age. It was in the 20th century that the Asiatic lion came to the brink of extinction, with only a small population remaining in India's Gir Forest National Park in Gujarat.

Now, an international team of researchers has discovered that lion populations in Africa, where about 20,000 lions are left, are declining rapidly.

Population cut in half since 1980

The researchers led by Hans Bauer of Oxford University analyzed data from 47 African lion populations collected over the past 25 years and found that lion populations in West, East and Central Africa were declining and likely to halve over the next twenty years.

"That's because the pride has such big demands regarding its territory," explains Arnulf Köhncke, a wildlife conservation expert at the World Wide Fund for Nature, or WWF, who was not involved in the study. "They need an area of 100 square kilometers and more in order to hunt zebras, buffalos and kudus. If farmers use that land for livestock grazing, the lions' prey is driven away."

This starts a vicious circle because as a consequence, the lion starts hunting cattle and goats - the livelihood of the people. They, in turn, then kill the lion out of vengeance or because they feel threatened. The increasing land grab by man can also be harmful to the social structure of the male lions.

"The young males need to move away to found their own pride but they can't when the habitat gets smaller and smaller," says Köhncke. Aside from the large-scale habitat conversion, illegal hunting as well as trade in lion body parts for medicinal purposes are also threatening the animals.

Diseases such as tuberculosis caused by bacteria or the feline immunodeficiency virus, which is similar to HIV in humans, are a threat to lions as well. There is no vaccine available for either pathogen yet. 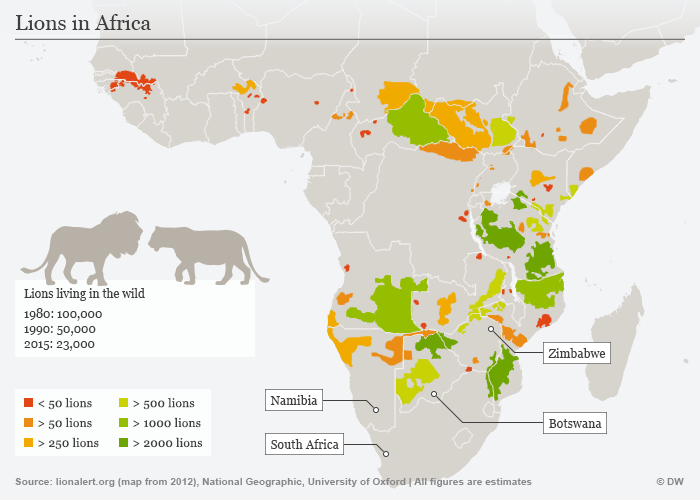 In its Red List of Endangered Species, the International Union for Conservation of Nature (IUCN) lists the African lion as "vulnerable" rather than "endangered," with the exception of the West African subpopulation which is deemed "critically endangered."

But in light of the new findings published this week in the journal "Proceedings of the National Academy of Sciences," the team led by lion researcher Hans Bauer recommends listing the lion as "regionally endangered" in Central and East Africa.

It was only in the southern African countries of Botswana, Namibia, South Africa and Zimbabwe that the researchers found lion populations increasing. That is thanks to conservation efforts which reintroduced lions in "small, fenced, intensively managed, and funded reserves," as the researchers noted.

"We are losing all the populations which are characteristic of the pristine view of lions," the New York Times quoted Hans Bauer as saying, "lions roaming free, hunting wildlife across the savanna."

Sanctuaries are supposed to prevent extinction 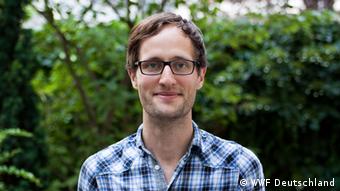 "We want to solve conflicts between man and lion," says Arnulf Köhncke of the WWF.

The results of the study corroborate the WWF's theory regarding habitat. The conservation group therefore calls for more wildlife corridors between existing sanctuaries so that lions and other wild animals can move around on a large area, according to Arnulf Köhncke.

"It is undeniable that there are many conflicts between man and lion. We are trying to remedy that," says the conservationist. As an example, he mentions the WWF-supported KAZA. The Kavango-Zambezi Transfrontier Conservation Area is the largest cross-border conservation area in southern Africa.

An estimated 4,000 lions live on 520,000 square kilometers spread out across Namibia, Angola, Zambia, Botswana and Zimbabwe. The WWF funds the construction and maintenance of fences and gates there to protect cattle herds. Additionally, motion sensors in front of cattle fences are intended to scare off the lions and protect them from farmers' bullets and poison.

Thanks to the wildlife corridors, the wild cats can roam across the entire KAZA conservation area. The project also includes support for ecotourism, says WWF wildlife expert Köhncke. Lions there are supposed to be admired and photographed but not shot by big game hunters.

"We want to show that you can make more money with lions that are alive than with dead ones, and that people can even profit from the animals," says Köhncke.

Arnulf Köhncke doubts we are close to the point when we will see lions only in zoos or conservation areas. "But we also currently see that the only place where the population figures are not going down dramatically is in the conservation areas, which are managed with great care," he adds. Lions outside of these zones are suffering severely, according to Köhncke. "Therefore we are grateful for every study that confirms what we have been saying for a long time."

Zimbabwe: no charges for US dentist who killed Cecil the lion

Hunter Walter Palmer will not face charges for killing the famous animal in Zimbabwe, officials in the African country say. The US dentist's hunting papers were in order, according to authorities. (12.10.2015)

Since the death of Cecil the Lion, there have been calls for the banning of trophy hunting. But it's not that easy. For many African states, hunting, tourism and game farms are closely related. (02.09.2015)

Abstract of the findings published in the PNAS journal