Despite a radical shift in audience patterns, Beethovenfest director Nike Wagner tells DW why she's still optimistic about the future of classical music. 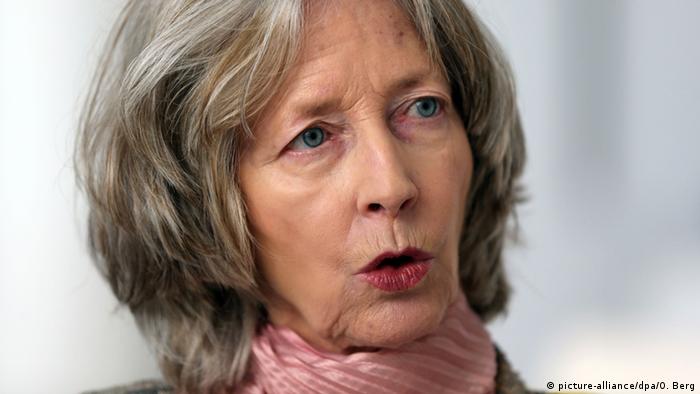 DW: After the demise of plans for a new festival concert hall in Bonn, some see a lack of interest in classical music in the broader public. Has the genre become altogether too elitist and of little use to taxpayers?

We must ask: Where are tomorrow's listeners coming from? At the moment we're seeing a minor boom in the construction of spectacular modern concert halls - the new Philharmonic Hall in Paris for example, or the dream of a new one in Munich. The audience for this music doesn't seem to be dying off. But since most concert organizers are increasingly under financial pressure to set up "classical music events" with a few big-name performers, the audience is changing. The connoisseurs of bygone times are giving way to the consumers of today. And these people tend to gravitate toward the mainstream, toward popular big events with pop, rock and entertainment. Yet classical music, in the widest sense, has always been written and intended for a minority audience. So it's paradoxical - but this way, the highest quality, "elite" works are also getting exposure.

Musical connoisseurs will appreciate the motto of this year's Beethovenfest: "Veränderungen," which literally means Changes but in musical terms can translate to Variations. Themes and variations are pleasurable experiences because they appeal to the faculty of recognition. Brain researches know why people like that. But the playbill also has a few works of new music. How do you set this new music up so that the ear can apprehend, understand and appreciate it? 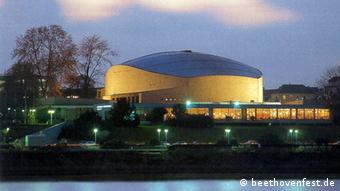 Now that the Festspielhaus idea is passé, the old Beethovenhalle venue (pictured) suddenly appears in a new light

Beethoven was a contemporary composer at one time, so was Wagner! I'm blessed to have been introduced to the contemporary music circle at an early age. To me, it's perfectly natural that music history should continue. But the ear is a conservative organ, and audiences have to be cleverly introduced to the present time. There are certain programming techniques for that - like the sandwich method, where you place the anticipated "difficult" new work between two very well known pieces, as in between two layers of a cake. Another method is to mediate tirelessly, to talk a lot about the new music, to convince, cajole and advertize.

Another example: I commissioned one of Europe's best composers to write a piece that refers back to a work of Beethoven, a work of his choice. That composer, Salvatore Sciarrino from Italy, employs very subtle methods: He works with timbres, silence and elements of theater. He chose Beethoven's Choral Fantasy as his work of reference. Part of the concept - and here you see my penchant for educational methods - is to have the work performed twice, so you can sort out and recapitulate the first impression. I'll go on advocating the concert, and ask you to do the same! 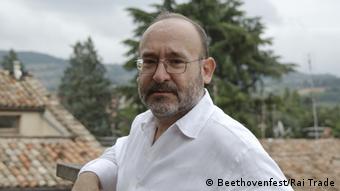 We'll not only advocate it, but also disseminate it - in our radio productions for example, which are broadcast locally by partner stations in various parts of the world. So we take Beethoven to places where he's perhaps not quite as well known. What does radio mean to you personally? Do you also use it to listen to music?

Yes. I love radio. I have a habit of turning up the volume, and then I stay put. Then I'll suddenly listen to pieces or performances that fascinate me, and in the spoken word segments or good features I'll learn something new on the side. May radio culture stay with us for a long time! I also know of a lot of people who only listen to radio in the car, where they can't watch TV. That's fine too! Last exit for radio is the car radio. Listening to the "Eroica" in a traffic jam, how wonderful!

Yes, we think about 40 percent of our listeners are in the car. But Beethoven probably wouldn't have approved of people being able to turn down the volume! Altogether as director of the Beethovenfest, is media distribution of concerts important to you?

Of course, and on every possible media platform and on every channel, please! Cooperation with the media in the form of concert recordings that are distributed in every possible way - including streaming and podcast - is indispensible for a classical concert organizer. The world is interconnected, and not only the NSA should profit from that! 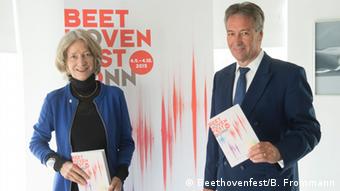 Apart from the tip with Beethoven's Choral Fantasy and the contemporary piece to go along with it, do you have any other don't-miss tips for the coming season?

Yes. One of my favorite groups is coming to Bonn for three concerts: Anima Eterna from Bruges, led by Jos van Immerseel. It's an ensemble that specializes in original, historical sounds. They render a very transparent Beethoven with a bit of an edge to it. Hearing it, you'd never think that Beethoven was once celebrated as a "titan." The sound is altogether wonderfully clear, sharp-contoured and well-aerated.

Where would you like to be with your festival in five years? What is your vision?

My dream would be for the audience to have gained a sense of trust in the Beethovenfest and in its program. That people will say, "I'm not familiar with the performer or the composer, but I'll go take a listen. Ms. Wagner has done a good job up to now, and I haven't been disappointed yet, so let's give it a go today!" I'll be happy if a curious and open-minded spirit prevails here in Bonn and the region - as it does in other cities in this world where people want to achieve the exceptional.

#BerlinPhil: How the Berlin Philharmonic became a global brand

From vinyls to digital media, the Berlin Philharmonic always manages to get its unique sound to audiences all over the world. Here's how "German Engineering" helped make it one of the world's most famous orchestras. (08.05.2015)