Nigeria's President Muhammadu Buhari is meeting with Cameroonian President Paul Biya to discuss how to tackle the Boko Haram insurgency. The two neighbors have a long history of security challenges. 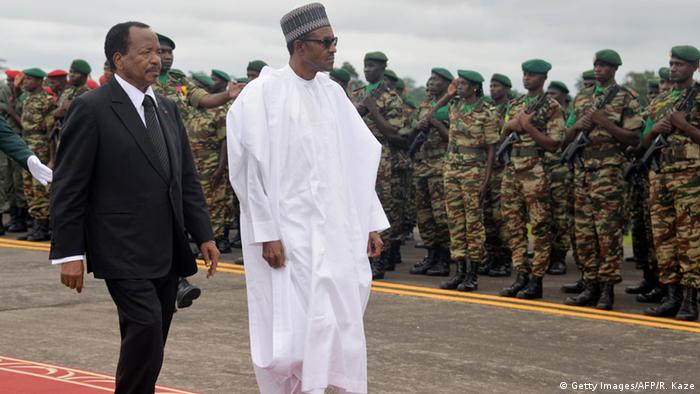 The two leaders are planning to discuss a multinational army to fight Boko Haram as the terrorist group continues to launch attacks on both sides of the 2,000 kilometer (1,240 mile) border between Nigeria and Cameroon.

The meeting comes around two months after Nigeria's new president made similar visits to Chad and Niger, two other countries bordering Nigeria and experiencing violence at the hands of Boka Haram. All four countries are planning on deploying troops to the 8,700-strong force.

It also comes just days after a child suicide bomber killed at least 16 people in northern Nigeria and after suicide bombings killed over 30 civilians in northern Cameroon over the past week.

Issa Tchiroma Bakary, Cameroon government spokesman and minister of communication, believes that the attacks on civilians are a sign that the ongoing military actions against Boko Haram must continue and that more cooperation is needed. 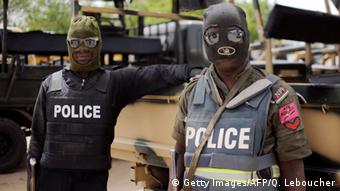 "This high level visit is an opportunity for both heads of state of Cameroon and Nigeria to discuss and agree on the best ways to address this form of unprecedented barbaric and cowardly belligerency and to above all come out with common strategies to boot out the destructive Boko Haram sect," said Bakary.

The insurgency, dating back to 2009, has had a major effect on the economies of both countries.

"When you look around, the economies of the countries are so down because of insecurity. It affects everybody, be they nationals, be they foreigners," said Nigerian businessman Eric Odus who has been in Cameroon for 25 years.

An estimated two million people have been displaced by the fighting in the border regions. The group has recently been driven out of its traditional strongholds and is now attacking villages and cities with no military presence.

"It is the activities of Boka Haram itself that is creating the conditions that will lead to concerted efforts to destroy them," said Jibrin Ibrahim, professor for Political Sciences at Babcock University und Senior Fellow at the Centre for Democracy and Development in Nigeria, said in an interview with DW.

There has been some historical tension between the two presidents and the two countries. When Buhari was military ruler of Nigeria in the 1980s, he sent troops to occupy the oil-rich Bakassi Peninsula, a part of Cameroon. Cameroon's President Paul Biya sent his troops to retake the area. It led to serious blood confrontations until the International Court of Justice came up and negotiated. Bakassi was eventually handed back to Cameroon. 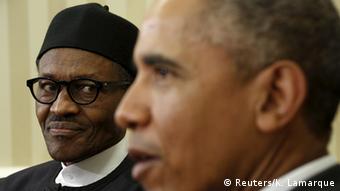 More recently, President Biya failed to attend Buhari's inauguration as president of Nigeria. There have also been accusations from the other bordering countries that Cameroon was not doing enough to combat Boko Haram. An estimated two million people have been displaced by the fighting in the border regions.

"Both sides now see the necessity in their collective interests to make an effort to go beyond the rifts between them," he added.

Moki Kindzeka contributed to this article

Several people have died after an alleged Islamist bomber blew herself up in Maroua in northern Cameroon. The attack occurred just three days after twin bombings which are suspected to be the handiwork of Boko Haram. (26.07.2015)

During President Obama's visits to Kenya and Ethiopia, fighting terror will be high on the agenda.The US is also hoping to benefit from Africa's strong economic growth but faces strong competition from China. (23.07.2015)

A string of suspected suicide bombings has killed dozens in Gombe, in northeastern Nigeria. The attacks appear to be a part of an escalating series of massacres by Boko Haram, following the recent presidential elections. (23.07.2015)