The Niger Delta has become synonymous with devastating oil pollution. The king of one local community is seeking to change the fate of his people through a first-of-its-kind lawsuit against an Italian oil giant. 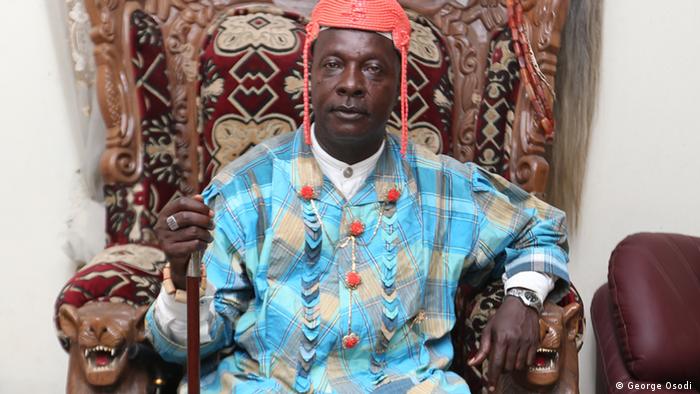 On the morning of April 5, 2010, members of the Ikebiri in Nigeria were going about their daily business, working the land and local waters that have long served as a central artery of their community and the source of their livelihood. They had no idea that just a few kilometers to the north, an event was in motion that would have a profound impact on their lives.

An oil pipeline had burst just 250 meters (820 feet) from a creek north of the Ikebiri community, which is located in the Niger Delta. The community says the oil soon spread through the creek to fishing ponds, fields and trees throughout the area.

"We became aware of the spill when the crude oil flowed into the river," Chief Francis Temi Ododo, who is king of the Ikebiri community, told DW. "We were greatly affected. We are living in an environment that is so rich, and we depend on farming."

Seven years later, the community says it is still living with the impacts. Emilia Matthew, a local resident and member of the Ikebiri community, which is based in the Niger Delta state of Bayelsa, says she has experienced both health and economic effects.

"I am sick and we don't know what to resort to when experiencing illness," she told DW via the king, adding that fishing - which has long been their main source of livelihood - has been rendered unproductive as a result of oil spills.

"This fish in our fish ponds, in the swamps and bush too, have all been killed by crude oil," she said. "The vegetables we plant within the community, some of which are medicinal and we use in treating ourselves, are also affected by crude oil."

King Ododo says he called the Nigerian oil company that owns the pipeline, Nigerian Agip Oil Company (NAOC), immediately after he found a large spot of oil on a piece of community land. 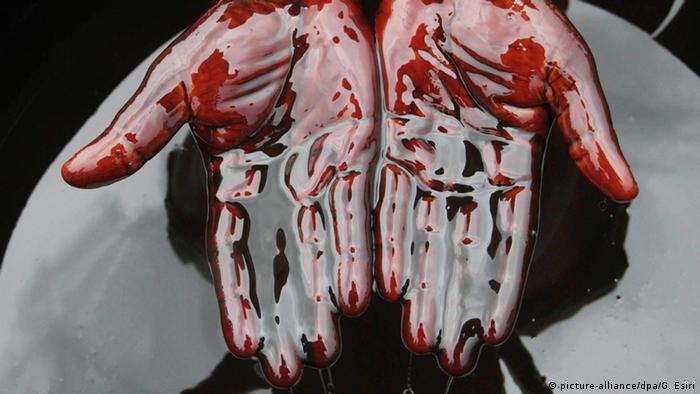 Cleaning up after an oil spill is a difficult business

The company sent a team to investigate on April 11, 2010. They closed the leak and, the community says, burned the surrounding bush without their consent. Although this is a common method for cleaning oil spills in the Niger Delta because it quickly gets rid of the oil, experts say this is dangerous and polluting.

"The team concluded that the cause was equipment failure - we have this document," says Luca Saltalamacchia, a Milan-based lawyer representing the community.

"Immediately afterward, they offered the community a small amount of money for relief, and some money for restoration of damages."

The Ikebiri community did not accept, and by 2013, felt they were getting nowhere with NAOC.

King Ododo says he has been dismayed to discover how native communities in the delta have had to struggle to get what they felt was meaningful compensation from Nigerian entities.

So they decided to take the battle to NAOC's parent company, Italian oil giant ENI. Which is when Saltalamacchia got involved. In 2013, he wrote to ENI and NAOC telling them they had to pay for the damages they had caused and clean the site.

But he says NAOC responded by saying that they had already cleaned the site, and the government had certified that it was clean enough.

"During the meetings we have had, they kept saying they were ready to pay an amount of money for redress - but they cannot do clean-up of the soil because they have certification that it is clean."

Last month, Saltalamacchia upped the stakes. He filed a lawsuit against ENI, seeking cleanup of, and compensation for, damages from the spill. The lawsuit is being supported by campaign groups Friends of the Earth and Environmental Rights Action.

The case is unprecedented. If successful, it would be the first instance of an Italian company having to face justice in Italy for its actions in a foreign country.

"Cases like this are normal in countries like the US, UK, France or Germany - but in Italy it's the first time," says Saltalamacchia. 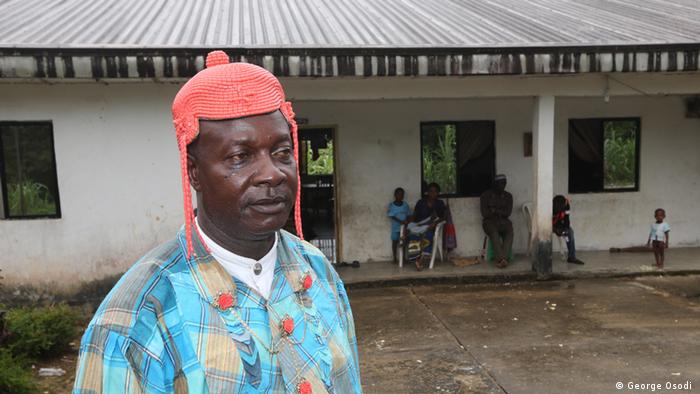 The first hearing will be in December, when a judge will decide whether Italy has the jurisdiction to hear the case.

A spokesperson for ENI told DW that NAOC has always operated responsibly in the territory, and that following the 2010 spill, "NAOC opened up a constructive dialogue with the community and moved quickly to reclaim the affected sites and initiate remediation works."

She added that the Nigerian environment ministry conducted an inspection of the cleanup, and found it fully compliant with Nigerian regulations.

However, Saltalamacchia says these government certifications are not reliable. "There is a general problem in Nigeria for this kind of certification - very often the government delivers them without any control," he says.

"Last December we asked a chemical company to do specific analysis on the soil, and it showed that not only the area where the oil spill occurred is polluted, but also 2 kilometers (1.24 miles) away from it."

The NAOC spill is just one of many to have soiled this oil-rich region. Extraction began in the Niger Delta in the 1950s, and to date, 11 million barrels of oil have been spilled there - twice the amount that spewed into the Gulf of Mexico during the Deepwater Horizon disaster.

Environmental group Friends of the Earth says the Nigerian government has not taken anything close to the action necessary to address the pollution in the area.

Last year Nigeria launched a $1 billion (877 million euros) oil pollution clean-up program for the delta region of Ogoniland, in partnership with the United Nations Environment Program (UNEP). UNEP says the pollution there could require the largest cleanup effort in history.

In 2011, the UN body found people in the territory of Ogoniland in Rivers State, which borders Bayelsa, had "been living with chronic pollution all their lives." 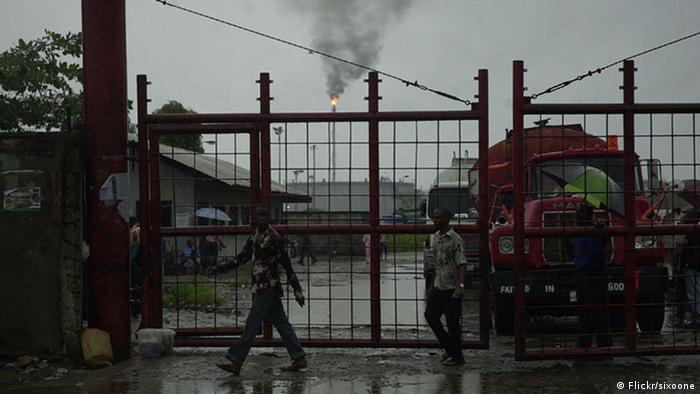 The report concluded that both the soil, and the water from which people drink, are severely contaminated, and that any cleanup would take 25 to 30 years. No similar report has yet been carried out in Bayelsa.

King Ododo says he believes taking the case to Italy is his best hope of getting fair compensation.

"I gave my people an update on this case, and they are happy with what we are doing," he says. "If we win the case, every family that is affected will be compensated."

But even if fair compensation is granted, it could be a long time before the community receives the money.

And in the meantime, members of the community say they are still living with the impacts of the 2010 spill on their health and livelihoods.