Nigeria: Is President Muhammadu Buhari unwilling to stop the violence?

Violence is escalating in Nigeria. Is a minister's assertion that civilians are 'cowards' for not fighting armed gangs a sign that President Muhammadu Buhari has reached the end of his tether? 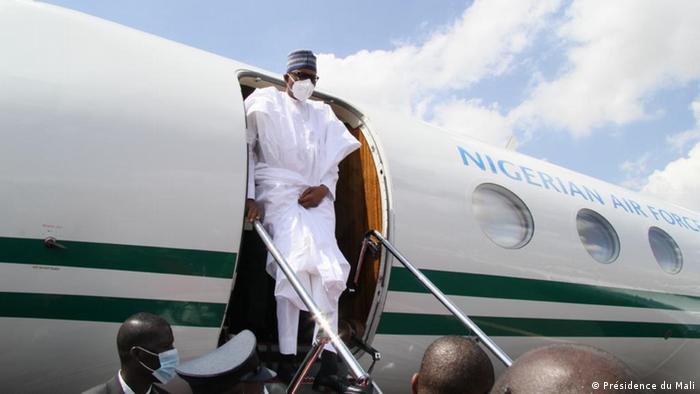 Lonely at the top: President Muhammadu Buhari is under increased pressure to act

Speaking of armed gangs preying upon civilians, Nigerian Minister of Defense Bashir Magashi said, "I don't know why people are running away from minor, minor, minor things like that." He went to on to add that failing to stand up against the assailants was tantamount to cowardice.

That statement on February 17 has caused widespread outrage. Mohammed Jamo Yusuf, a public affairs analyst based in Abuja, called Magashi to withdraw his words and apologize to Nigerians. "It is a highly laughable statement coming from the minister of defense. The first duty of any government is to protect its people and their property," he told DW.

Magashi's comments came only hours after gunmen abducted dozens of people, including 27 students, from the Government Science Secondary School in the Kagara district of north-central Niger State. Nigerians are disappointed by the president's failure to curb violence

Attacks by gangs and jihadis

On Monday, the kidnappers released 53 of the people, including women and children, they seized on a bus in Nigeria, but not the students, local authorities said. It is not known if a ransom was paid. Authorities stated before the release that they would not pay for the release of the hostages.

Meanwhile, throughout the weekend and on Monday, Jihadi groups were attacking key army bases in Borno State, forcing the population to flee. A recent reshuffle of the military leadership has not fulfilled expectations of more efficient action against terrorism.

Six years after President Muhammadu Buhari came to power by promising to solve the problem, insecurity remains one of the major challenges in Nigeria. The failure to keep the promise has increased domestic pressure on the government and led to calls for his resignation by civil society.

Placing the onus of internal security on the Nigerian population will further affect an already shaken confidence in the president's ability to stop the violence by both armed gangs and the Boko Haram Islamist insurgency, says Ryan Cummings, director of the South Africa-based Signal Risk consultancy. "The statement by the defense minister could be interpreted in the sense that Nigeria's state security apparatus is itself overwhelmed by the degree of insecurity that's taking place in the country," Cummings told DW.

According to the US think tank Council on Foreign Relations' Nigeria Security Tracker, nearly 40,000 people have fallen victim to the conflict with Boko Haram since 2009. That violence is now compounded by a surge of armed gangs and increased ethnic conflicts around dwindling resources. In the first six weeks of this year alone, 1,525 lives were lost to the unrelenting violence across the country.

Was Buhari's promise to put an end to violence, hopeless from the start? "Not necessarily," says analyst Cummings. Before Buhari assumed the presidency, his predecessor, Goodluck Jonathan, had forged a collaboration in counterterrorism with Chad, Niger and Cameroon, which managed to push back the insurgents.

Buhari promised that he would continue this multilateral cooperation, but that didn't happen. While the ultimate reason for this remains open, "there seems to be suggestions of a kind of mutual distrust, specifically on the Nigerian side, of having foreign forces who operate within the country's borders," Cummings said. 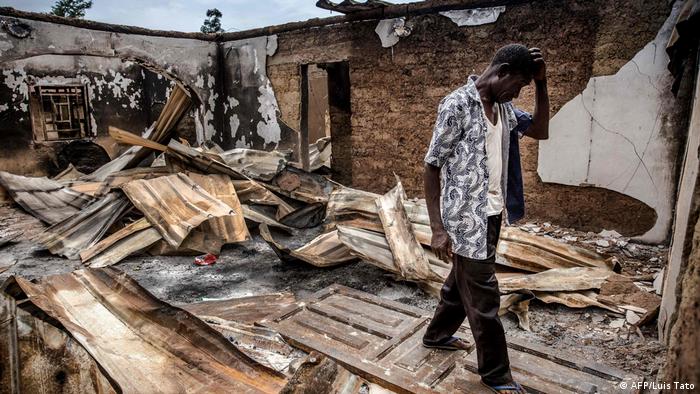 A vicious cycle of violence and poverty

The president is also unlikely to turn to international organizations for financial help, to counter the economic problems caused not only by the need to fight insurgents, but also by climate change. "Pastoralist communities, who tend to be nomadic, are finding themselves with less access to grazing land for their herds. They are increasingly moving into new areas, which are inhabited by members of other ethnic groups. And this has created quite a lot of antagonism," Cummings explained.

The economic problems were compounded by a steep drop in oil prices and further aggravated by the COVID-19 pandemic. Nigeria could use a credit line by international organizations to assist the population and thus prevent more conflict around scarce resources. The World Bank and the International Monetary Fund have offered to help, provided "that certain economic reforms be implemented, such as liberalizing trade and unifying the country's multiple exchange rates," analyst Cummings said. 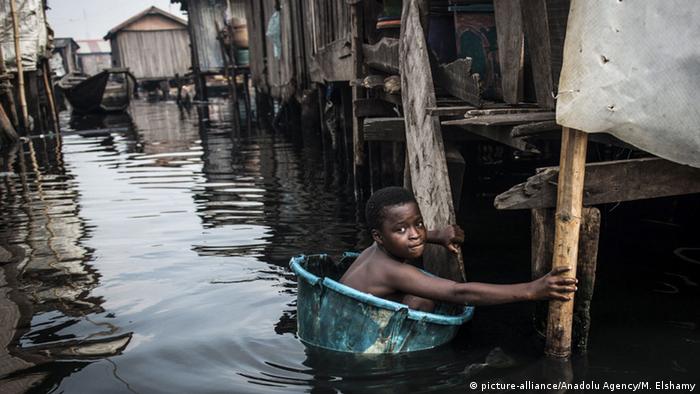 Abuja is doing the opposite. "We've seen the Buhari administration, put a ban on imported foodstuffs as a means of stimulating local production." But local production was unable to keep up with demand. Prices increased and inflation grew, while jobs were lost in the pandemic. "All of this is making life in Nigeria extremely difficult and almost promoting violent resource competition among communities."

Compromise to get outside help

The situation can also drive the young into joining Jihadist movements or armed gangs as an option of survival. So far, the gangs seem moved by financial motives alone. But there is some concern that they may be infiltrated by Jihadists from the northeast.

In the end, says Ryan Cummings, Buhari doesn't have many options besides international cooperation on the economic and military fronts. But he must make "the necessary concessions it needs to garner the external support of countries or foreign institutions."