Post-election violence, national reconciliation, and two jihadi insurgencies are just some of the challenges that Niger's newly elected president must contend with. DW examines whether he can deliver for Nigeriens. 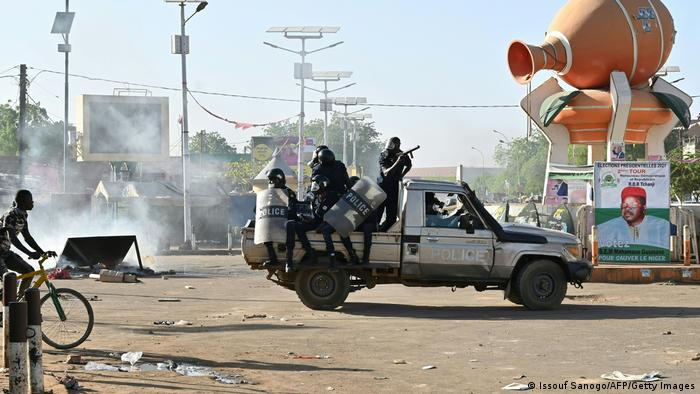 Niger's post-election unrest — during which at least two people have been killed — threatens to dent the presidency of Mohamed Bazoum, even before he is officially inaugurated.

The February 21 runoff vote was expected to usher in Niger's first democratic transition of power since the West African nation gained independence from France in 1960.

But Niger's interior minister, Alkache Alhada, has accused one of Niger's most popular opposition figures, Hama Amadou, of wanting to usurp power by "setting fire" to Niger.

The government has vowed to arrest and prosecute Amadou, whom they allege is complicit in murder, violence, racist remarks and xenophobia.

Amadou, a former prime minister and speaker of the assembly, was barred by the electoral commission from running for the presidency due to a 2017 conviction on charges of child trafficking for which he was sentenced to a one-year jail term.

Prosecutors had claimed that Amadou was one of a group of people accused of smuggling babies from Nigeria via Benin to wealthy couples in Niger by falsely claiming the parenthood of around 30 children.

He insisted the 2017 case against him was politically motivated. 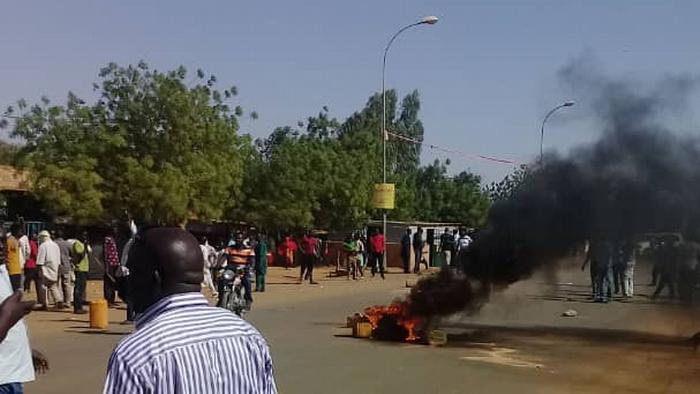 On Tuesday, violence broke out after the electoral commission declared Bazoum, the winner with 55.75% of the vote to Ousmane's 44.25%.

"I think he has inherited a certain modicum of political stability in the country, even though that is at the expense of democratic freedoms," said Bram Posthumus, DW's correspondent in the Sahel region.

President-elect Mohamed Bazoum could perhaps work to improve the environment for media and journalists in his country.

Reporters Without Borders ranked Niger 57th out of 180 countries in its 2020 World Press Freedom Index.

Encouraging as that might sound, the media monitoring organization accused Nigerien authorities of making it difficult for reporters to get information on the war against terrorism and migration.

The home of Moussa Kaka, a reporter with Radio France Internationale (RFI), was attacked by unknown assailants on Thursday.

Kaka, a veteran journalist, was unharmed but said the attackers had "broken everything" before they partly burned down his house.

In a statement, RFI's management described the incident as "a very serious attack on the freedom of the press."

From 2007–2008, Kaka was imprisoned for 10 months after the state accused him of alleged ties with Tuareg insurgents north of the country.

The UN, ECOWAS, and Niger's former colonial power France, have condemned the violence and urged calm. 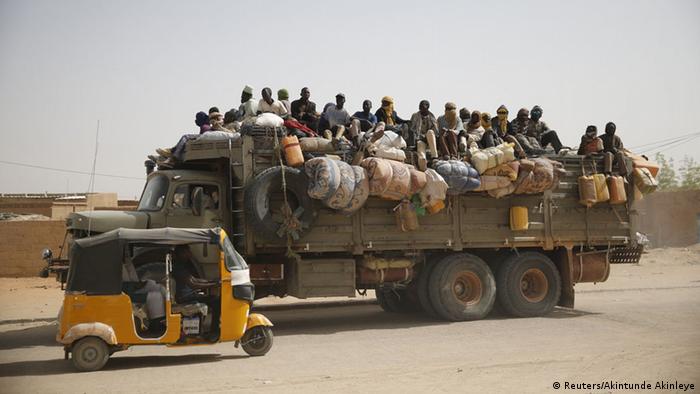 Many migrants heading to Europe travel via Niger's Agadez desert

President-elect Mohamed Bazoum is taking on a country that is no stranger to coups.

Ousmane, 71 — whom Bazoum defeated — was overthrown in 1993, just three years after what many observers said was the first democratic transition since Niger gained independence from France in 1960. He has since contested the presidency five times without success.

Bazoum, 60, is a former interior minister who spent years under the shadow of outgoing President Mahamadou Issoufou. Bazoum and Issoufou are credited with launching the ruling Nigerien Party for Democracy and Socialism (PNDS). 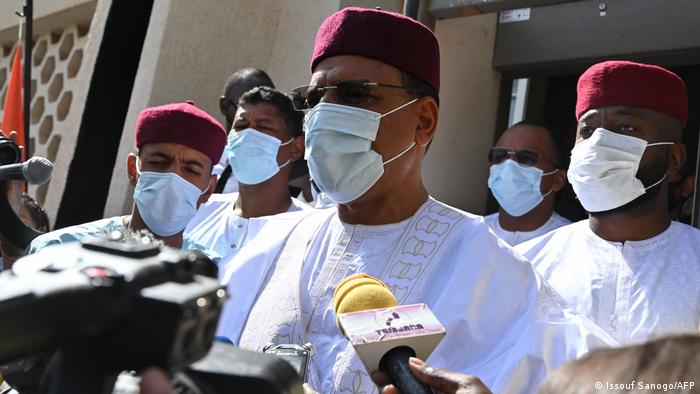 President-elect Mohamed Bazoum has a lot on his plate

If the fragility of democracy depends on whether or not a coup will occur, then pretty much every single democracy in this region, with the possible exception of Ghana and Senegal, are quite fragile.

"Democracy requires societal space, political space, media space, opposition space for organizations and individuals to express themselves," Posthumus said. "In that sense, Niger's democracy is arguably among the most fragile in the region."

Since 2015, Niger — one of the world's poorest countries, according to the UN — has been prey to recurrent jihadi attacks around its western border with Mali, and southeastern parts, which border Nigeria.

Hundreds have died as a result of these insurgencies. Observers say the country's insecurity along its two borders is an imminent threat that the incoming president will have to deal with.

"The extent to which the new president will be able to contain this threat, pull them back, or even defeat them, not on his own, but in conjunction with others, is obviously going to help him gain confidence among the population and certainly among the army," Posthumus said.

French and US soldiers support the Nigerien army in the battle against Islamist extremist groups in the Sahel. 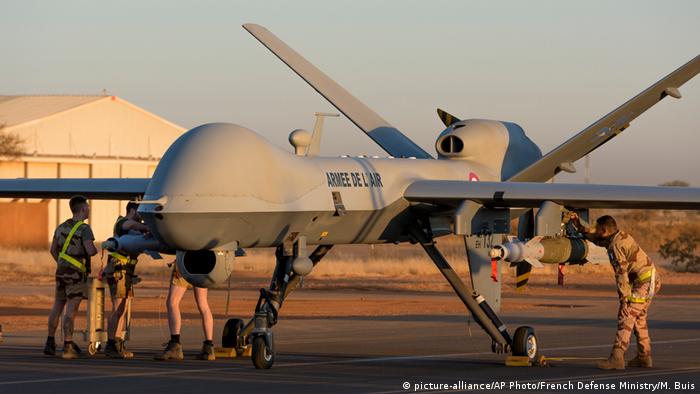 In 2019, Niger suffered one of the deadliest attacks on its military when Islamist militants killed 71 soldiers in an army camp. Nigeria's Boko Haram terrorist group occasionally carries out cross-border attacks too.

A reportby the International Crisis Group released in early February, warned that the jihadi threat was growing in the Sahel. It urged Niger's military allies to "reorient their military-centered approach" and instead focus on improving governance in the region.

Niger accounts for 5% of the world's uranium output, according to the World Nuclear Association. The West African nation's economy revolves around uranium. But whatever revenue the coveted mineral which countries like France, Spain, and Japan depend on for energy, has not brought about much change to Nigeriens.

"France would prefer Bazoum to Ousmane rather, which would be in line with the diplomatic policy of his mentor, Mohamadou Issoufou," Vincent Hugeux, an independent journalist, told DW.

"Like every other commodity economy, [Nigerien's economy] has given rise to a rent-seeking culture, and so the coups and violent changes of power have also always dependent on, 'how do we divide up this cake,'" Posthumus said, adding that more often, those in power divide it up amongst themselves.

AFP and Reuters contributed to this report.