The Nicaraguan president agreed to a key opposition demand, but continued to reject calls for a new election. Negotiations are underway to solve a political crisis that has lasted nearly a year. 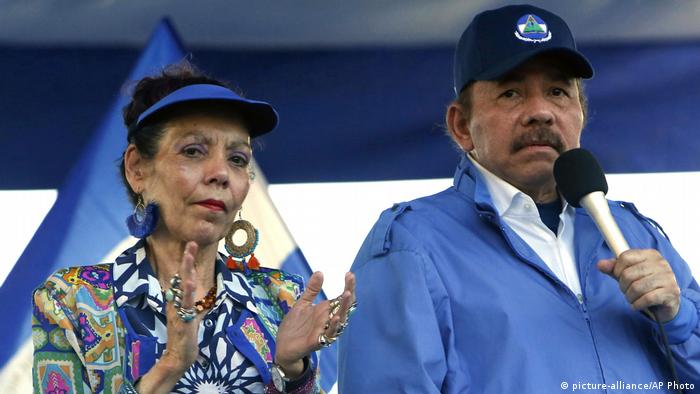 The government of Nicaragua pledged on Saturday to release more political prisoners, as part of talks with the opposition to end the country's worst political crisis in three decades. Dozens of prisoners had already been released before talks were launched in February.

The political crisis in Nicaragua began in April 2018, when protests against a pension law erupted into a wider call for President Daniel Ortega to leave office and for new elections.

At least 325 people died as the unrest dragged on, according to the Inter-American Commission on Human Rights. Some 770 people were arrested and are considered by the opposition to be political prisoners.

The government said that prisoners awaiting trial and those already convicted could be freed, after a thorough review.

A Foreign Ministry statement also said the government was willing to work to strengthen electoral institutions, deliver justice and grant reparations, and negotiate the suspension of international sanctions. But it stopped short of calling new elections, a critical demand of the Civic Alliance opposition movement.

The government said it was "committed to the strengthening of democracy and respect for the constitutional order of Nicaragua," but noted that the date for the next general election is "established" for 2021.

Civic Alliance did not immediately respond to the government's announcement, but said it would consult with its base over the weekend on whether or not it should continue to participate in the talks.

Just a day before, the country's Roman Catholic bishops, who have been leading efforts to encourage dialogue between the two parties, had declined to participate in the negotiations. This led to the opposition's reconsideration of talks and could have had some impact on the government's announced concessions.

The talks between Ortega representatives and the Civic Alliance had resumed on February 27, and a roadmap for the negotiations was agreed upon last week. Prior to that, both parties had struggled to hold successful negotiations.

Ortega's government has recently found itself facing an economic crisis and a $315 million (€280 million) deficit. Last November, the president and his wife, Vice President Rosario Murillo, as well as other top Nicaraguan officials, were slapped with US sanctions for rights abuses.

After months of deadly anti-government protests, Nicaragua's embattled president denied any "persecution" has taken place. In an exclusive interview with DW, Daniel Ortega called the crisis a "coup" financed by the US. (10.09.2018)