New Zealanders will be able to vote on whether they want to legalize cannabis in a referendum next year. The draft law under consideration would allow people over the age of 20 to purchase the drug. 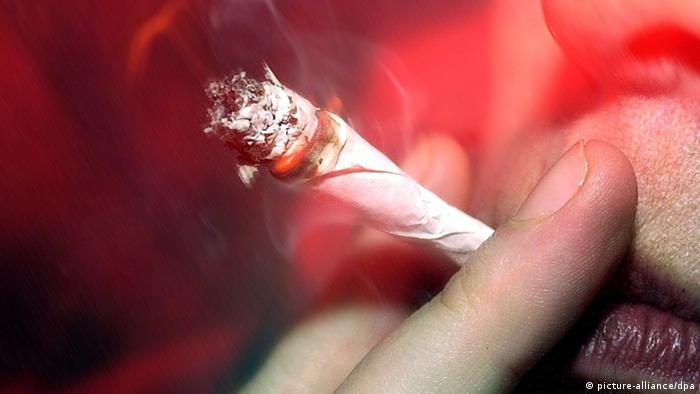 New Zealand will hold a referendum on legalizing cannabis during the 2020 general election, the government announced Tuesday.

Justice Minister Andrew Little said the vote would be binding, but it will ultimately be up to the next administration to enact the legislation.

What will New Zealanders be voting on?

Little said voters would be asked "a simple Yes/No question on the bases of a draft piece of legislation." The draft law will include:

Read more: Why legalize cannabis when we could promote coffee and tea rooms?

'Greatest opportunity' for reform in 40 years

Little said the coalition government was committed "to a health-based approach to drugs, to minimize harm and take control away from criminals."

The referendum was part of a confidence and supply agreement the Green Party negotiated with the governing Labour Party. Greens MP  Chloe Swarbrick said the vote presented the "greatest opportunity for cannabis law reform our country has seen in 40 years."

She added that the draft legislation will outline a clear regulatory regime to "avoid any potential of a 'Brexit' situation because people will know exactly what the future holds, and how these changes will be implemented."

South Africa's ruling to legalize Dagga: one month on

Even if a majority votes to legalize cannabis, it's not clear how soon the laws would be changed. Little said the voters' choice would be binding because all the parties that make up the current government have committed to respect the outcome. However, the poll is scheduled to take place during the 2020 election, meaning it will be a new parliament considering whether or not to pass the legislation. And the opposition center-right National Party has not yet said whether it will honor the referendum.

Regional first: In December 2018, lawmakers passed legislation to make medicinal marijuana widely available. The change also created a statutory defense for terminally ill patients to use cannabis without fear of prosecution. A majority "yes" vote in next year's referendum could make New Zealand the first Asia-Pacific country to approve recreational use of the drug.

Most common illicit drug: Cannabis is the most commonly used illicit drug in New Zealand, according to the national drug foundation. Surveys show that around 80% of New Zealanders over the age of 21 have tried it at least once, while 10% use it regularly.