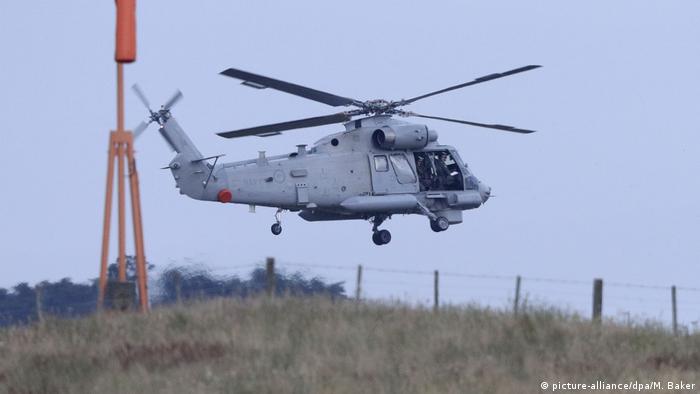 New Zealand soldiers recovered six of the eight bodies on White Island during a high-risk operation on Friday, police said.

A team of military specialists traveled to the volatile site by helicopter at dawn, despite experts putting the risk of a further eruption at 50-60%.

The bodies were airlifted to a navy patrol vessel waiting offshore, police said. The whereabouts of two other people presumed dead on the island are unclear.

"It has been an incredibly difficult operation but it has been such a priority," New Zealand Prime Minister Jacinda Ardern told the Australian Broadcasting Corporation. "We just want to bring loved ones home."

White Island, also known as Whakaari, erupted Monday while being visited by 47 tourists and their guides — some close to its crater.

Eight other victims were recovered dead or died subsequently in hospital, and dozens were scalded by pyroclastic ash and steam.

Twenty-nine of them remain in hospital burns units in New Zealand and Australia as medics await deliveries of frozen skin from foreign repositories to graft onto patients.

They come from Australia, the USA, Britain, China, Germany, Malaysia and New Zealand — many of them were vacationing on a giant cruise ship.

Police said the recovery crew had favorable weather conditions on the island, but that their mission had taken longer than expected because of the considerable protective equipment they needed to wear.

Deputy Commissioner Mike Clement said earlier that six bodies had been sighted from the air during drone flights, but that rescuers might find it difficult to find the other two.

Australian Foreign Minister Marise Payne said a team from New Zealand would return to the island "as soon as possible."

She added that the military specialists hadn't been able to bring back all the remaining bodies from the island "due to the limitations of equipment and the need to complete the operation within a particular period of time." 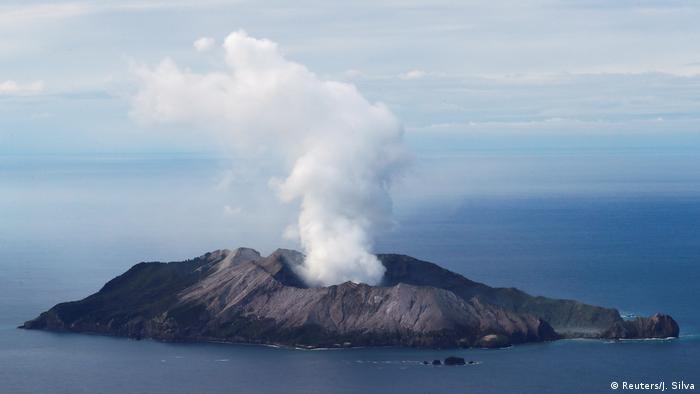 The chances of further activity at the volcano are considered high

At Whakatane, a harbor town 50 kilometers (30 miles) away on New Zealand's North Island, members of the local Maori community performed a prayer ritual at dawn.

Mayor Judy Turner said locals, who feared tour guides were among those still missing, had a "growing sense of desperation" to see their loved ones brought home, despite the geological uncertainties.

New Zealand's GNS geological agency had warned on Thursday that the volcano remained at heightened risk, with a 50-60% chance of another eruption in the next 24 hours.

The cruise ship, Ovation of the Seas, which had passengers and crew caught up in Monday's eruption while it was docked in the region's port Tauranga, has reached the Marlborough Sounds in the South Island, reported New Zealand media.

"We feel so bad for these people," Australian passenger John Bartley told Reuters in Wellington. "You don't expect to go on a holiday and not return."

"We are very adventurous too and we would have definitely gone on that volcano tour. But we had a friend with kids so we decided not to," he added.

Radio New Zealand said 38 of the cruise ship's passengers had been among the 47 visitors caught in the eruption. Several were among those confirmed dead, the public radio station said.