New Zealand's Human Rights Tribunal has ordered the government to pay file-sharing mogul Kim Dotcom €53,000 for privacy breaches. For years, the Megaupload founder has fought a request for extradition to the US. 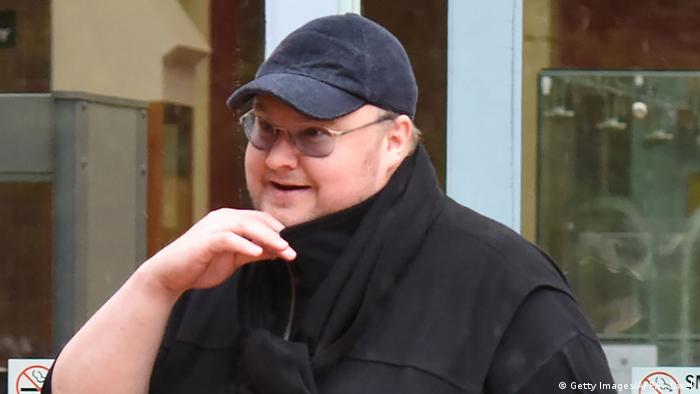 New Zealand's Human Rights Tribunal ordered the government to pay Kim Dotcom NZ$90,000 (US$65,600) after finding that the attorney general breached the Privacy Act by refusing the internet entrepreneur's request for all information held by public agencies about his case. That broke down to NZ$30,000 for the "loss of a benefit" and NZ$60,000 for "loss of dignity and injury to feelings."

The Human Rights Tribunal also ordered the government and ministers to comply with the original requests and supply all relevant documents to Dotcom, who celebrated Monday's victory with a series of tweets. "After years of perseverance the time is here, we won, we're getting to the truth," he wrote in one. "I'm no longer the defendant."

Dotcom has battled the US's request for his extradition since 2012, when authorities shut down his file-sharing service Megaupload following an FBI-ordered raid on his Auckland mansion. In 2017, he reached a confidential but apparently hefty settlement with authorities four years after his defense team questioned the validity of the police anti-terror squad's warrant for a search in which Dotcom and his pregnant wife were held at gunpoint by officers. He later referred to the theatrical raid as a "Hollywood-style publicity stunt."

To fight his extradition, in 2015 Dotcom requested all private information held about him from all of New Zealand's 28 ministers. The departments deferred the decision to the office of the attorney general, who declined the German-Finnish entrepreneur's information request, treating it as "vexatious": made purely to cause annoyance.

In 2017, the US Supreme Court ruled that authorities in the United States could legally seize Dotcom's assets.

The Court of Appeal will decide on that. According to his tweets, however, Dotcom, who has New Zealand residency, appears to believe that the government killed the case for his extradition by denying his request for evidence essential to his defense — or, as he wrote: "It is OVER!"

"By unlawfully withholding information that could have helped my case the former attorney general of New Zealand has perverted the course of justice," he wrote on Monday.