New terror threat against Germany | Germany | News and in-depth reporting from Berlin and beyond | DW | 20.09.2009

There's been a fresh Islamist threat to Germany via a second Internet video since Friday. This has raised new concerns that al-Qaeda-linked terrorists may be trying to scare German voters before next weekend's polls. 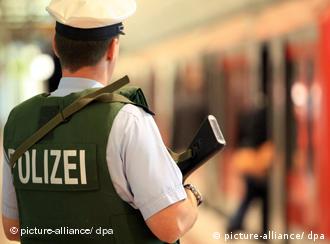 German authorities have stepped up security in response to the threat

Thirty-two-year-old Bekkay Harrach reportedly appears once again in an Internet video to warn Germans of a possible terror attack.

Germany's BKA federal police confirmed in Berlin on Sunday that a new message had appeared, but added only that it contained no specific threat. A BKA spokeswoman said the content still had to be analyzed.

Police said an audio message was posted under the title "O Allah! I love you". Harrach, a German of Moroccan parentage, is said to appear veiled in a series of photographs.

According to the BKA, which has confirmed the authenticity of the tape, Harrach speaks in German and his message is addressed to Germany but does not constitute a specific threat.

The latest video warning came even as federal police officers wearing bullet-proof vests and toting sub-machine-guns fanned out to patrol airports, major railway stations and the key streets in the capital Berlin. The boost in security came after the first terror video was posted on the Internet on Friday. 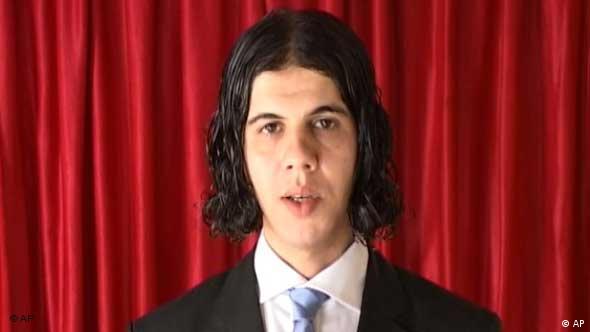 In that first video, Harrach had said that Germany would face a "rude awakening" if it did not withdraw its troops from Afghanistan.

By all accounts, the German government is taking such video threats very seriously, especially given that they come in the wake of growing signs that the al-Qaeda network may be preparing for an attack on German targets.

The Interior Ministry confirmed that they have adapted the security levels to the new situation. "Since the start of the year, threats against Germany from al-Qaeda and other Islamist organizations have increased to a whole new level," the ministry says on its website.

"The election provides a specific focus for the propaganda and operational activities of terrorist groups."

International terrorist organization al-Qaeda released a video on Friday in which Bekkay Harrach, an Islamist from Bonn, threatens the German electorate ahead of next week's general election. (18.09.2009)

Two supposed al-Qaeda members were brought before a German court. They are accused of having provided money and weapons to the terrorist network. (14.09.2009)

One of the men accused of planning attacks on US military bases in Germany in 2007 told a Dusseldorf court Wednesday that the armed fight against German soldiers in Afghanistan was a "duty." (19.08.2009)