Small right-wing publishers are gaining ground in Germany, releasing provocative anti-Semitic or Islamophobic works. One of them even made it onto a prestigious list of Non-fiction of the Month. Here's how. 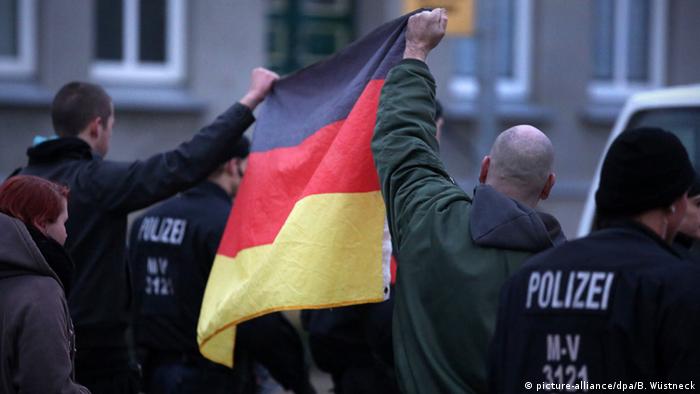 The older generation of far-right publishing houses still exists in Germany. One of them is the DSZ-Verlag, founded by the late Gerhard Frey, with its flagship newspaper, the National-Zeitung. Another well-known example is the Tübingen-based publishing house, Grabert Verlag, along with its subsidiary, Hohenrain.

Those publishers have long been monitored by the German Office for the Protection of the Constitution. Their approach is backward-looking; their publications glorify the Nazi past, promote historical revisionism and spread hate speech.

Yet this perspective does not seem to be very attractive for the new far-right generation. The German "New Right" wants to reach a younger and broader audience. These activists have created their own platforms, through which they aim to conduct their "new civil war," according to political scientist Ulrike Guérot.

Read more: Documentary on anti-Semitism in Europe to be screened, despite controversy

Among them is the publishing house Antaios, named after a magazine founded by Ernst Jünger, a German author often criticized for glorifying war as a transcending experience.

One recent publication by Antaios was at the center a heated debate in Germany, the work "Finis Germania" (a Latin title referring to "the end of Germany"). It was written by historian Rolf Peter Sieferle, who committed suicide in September 2016, and published posthumously. 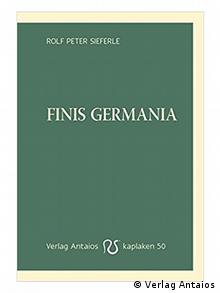 The cover of the controversial book

The controversial collection of essays includes a section on how Germany has dealt with the Holocaust, with parts that are of "deliberately obscene," a critic in the weekly Die Zeit has written.

"Finis Germania" landed on June's Non-fiction of the Month list, published by public broadcaster NDR and the newspaper Süddeutsche Zeitung. The books are selected every month by a jury of journalists.

Among them, a juror from the news weekly Der Spiegel untypically gave all of his points to this work, while warning that it is an "intentionally provocative" book - which is how it made it onto the list.

As the publishers of the list, NDR and Süddeutsche Zeitung distanced themselves from the nomination of the essay; they have even decided to stop the monthly selection altogether in order to review the selection process of the books.

Sieferle's book has since remained at the center of current discussions on anti-Semitism in Germany. "Finis Germania" includes a part that deals with the Holocaust, putting it alongside a series of other major crimes of the 20th century. The author also uses the expression "the myth of Auschwitz."

Experts have therefore been debating Sieferle's anti-Semitism and whether his writings relativize - or even deny - the mass extermination of Jews that took place at the Auschwitz concentration camp.

For political scientist Herfried Münkler and historian Volker Weiss, the book is clearly anti-Semitic. Others, such as philosopher and author Rüdiger Safranski, believe that the true scandal is to create such a controversy over a book through a "negligently and hysterically led debate."

Free publicity for an far-right publisher

Götz Kubitschek, the head of the publishing house Antaios behind the publication of Sieferle's work, must be enjoying the free publicity. In June, "Finis Germania" was at the top of the German bestsellers list on Amazon; it is also on Spiegel's non-fiction bestsellers list for July.

The debate surrounding Sieferle's work is characteristic of deep social insecurities. Right-wing, far-right and anti-Semitic positions cannot always be recognized at first sight, not even always through their publication platform.

Sieferle's books are also distributed through Manuscriptum, one of three small publishing companies founded by Thomas Hoof. Hoof was initially at the head of the Green Party in the state of North Rhine-Westfalia and, until 2008, the owner of Manufactum, a company "for high-quality, durable objects," according to its own description.

Hoof's publishing and distribution company, Manuscriptum, also publishes works specialized in agriculture and forestry. However, the publisher's first goal is now the fight against political correctness and immigration. This is why Manuscriptum has published the last work by Rolf Peter Sieferle, opening a new series of quarterly editions. It's a short essay with an unambiguous title: "The Migration Problem: The Incompatibility of a Social State and Mass Migration." 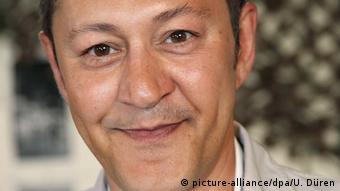 Controversial authors as the mouthpiece of the New Right

Akif Pirinçci, an author best known internationally for his novel "Felidae," lost his contract with Random House after he made his anti-Islam and right-wing views public through a speech during a rally by German nationalist organization PEGIDA.

His latest pamphlet, "Die Umvolkung Deutschlands" (The Assimilation of Germany)  - "Umvolkung" was a term used by the Nazis - has been published by Antaios. Regular bookstores boycott Pirinçci's books. 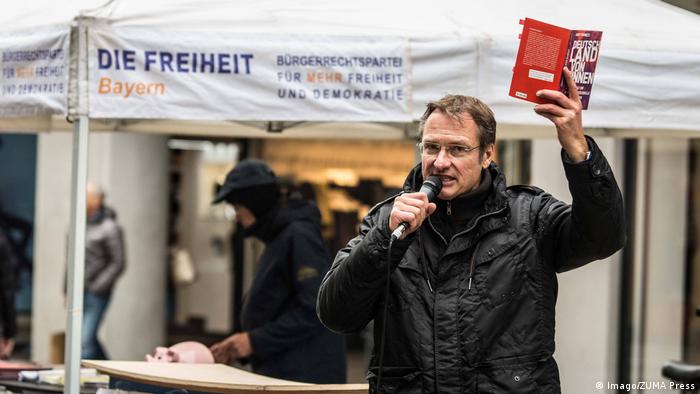 Anti-Semitism isn't always obvious in the program of right-wing publishers. For example, Kopp Verlag's selection combines books on health tips and outdoors survival with works that see migration, hidden international conspiracies and democracy as the source of all social problems.

The Identitarian movement, part of the New Right, has also found creative ways of getting its publications out. Through new internet platforms with a young and hip approach, it creates European social networks where everyone is invited to discuss freely. "Politically incorrect" opinions are welcome, based on the principle that freedom of expression and national values need to be defended. Anti-Semitic discrimination is usually replaced by Islamophobia. 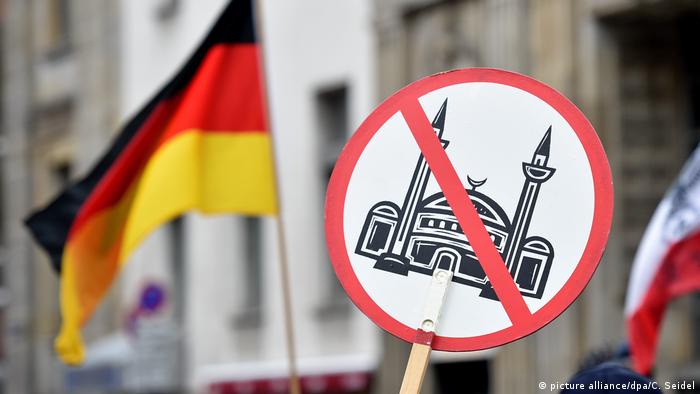 Muslims are now the scapegoats of far-right authors

Some publications, available online and in print, take on a seemingly serious journalistic approach to promote racist views. One example is "FreieWelt.net," published by Sven von Storch, the husband of Alternative für Deutschland politician Beatrix von Storch. Another is "Compact," which is run by formerly left-wing journalist Jürgen Elsässer, who now despises Chancellor Angela Merkel and her refugee policy.

Along with the different degrees Islamophobia, homophobia, anti-Semitism and misogyny expressed in those publications, they all have another common enemy: "fake news."