Aminata Toure, a German with Malian roots and the new deputy speaker of Schleswig-Holstein's state parliament, wants to do things differently in politics. She has called for transparency and expanding civic engagement. 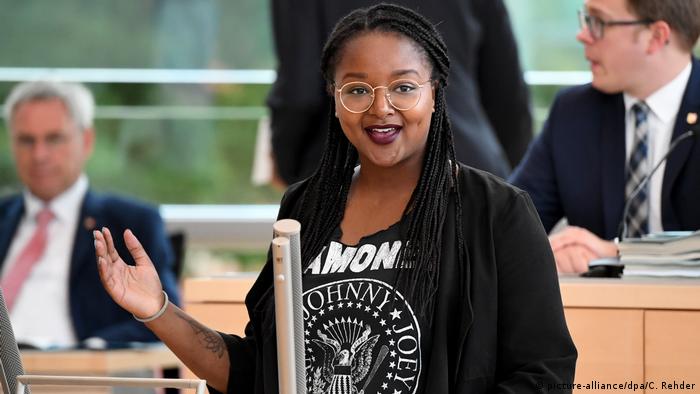 Aminata Toure, who was voted deputy speaker of Schleswig-Holstein's state parliament on Wednesday, is self-confident and passionately fights for her policies. She wants to do things differently and has called for government to be more transparent and for leaders to get closer to the people.

Toure calls herself Afrodeutsche (Afro-German), the term embraced by black feminist movements. "I can easily identify with it," Toure told DW. She said she would like to do more for black people in Germany, as well as for people whose parents were born abroad, as her parents were. Over 20% of Germans have ancestors who were born abroad in recent decades. But that population is underrepresented in politics. She wants to change that.

Her parents fled from Mali to Germany after the 1991 coup, ending up in the state of Schleswig-Holstein. Though she was born in the city of Neumünster, Toure was not granted German citizenship until she was 12.

Toure spent the first years of her life in a shelter for displaced people. The family lived in constant uncertainty as to whether they would be permitted to stay in Germany.

"This is who I was," Toure said. Unlike her classmates, she could not make any long-term plans. Her parents often had to deal with the right of residence and the fear of expulsion. "They fought for survival and had no time for political participation," she said. 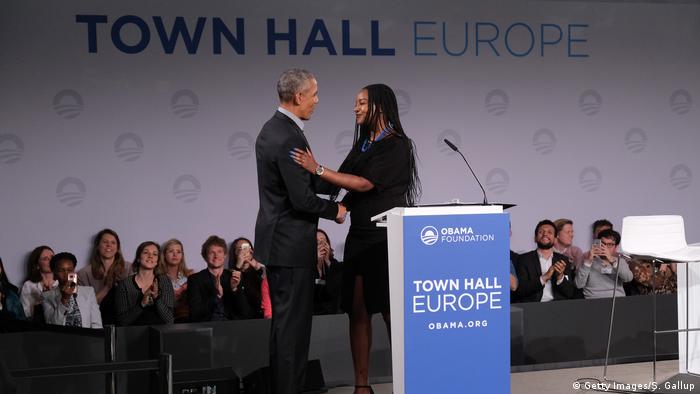 Toure's experiences helped her determine her future path. "I've always found politics exciting," she said. She grew up following the news with her parents and siblings.

At the age of 13, Toure traveled for the first time to her parents' homeland. "In Mali they immediately recognized that we didn't grow up there," Toure said. "They thought we were French or American." She said she would embrace her Malian roots while working for the people of Schleswig-Holstein. "I don't want to choose between one of these two worlds," she said.

After graduating from high school, Toure studied politics and did an internship with the commissioner for refugees in the Schleswig-Holstein state parliament. "That is when I noticed that many problems still exist in refugee policy," she said.

Toure is pushing for greater political attention on these problems. "In Germany, it is still the case that 95% of the people who deal with migration and asylum-seeking issues will never be affected by the laws," she said. Protesters in Germany have called for a more humane asylum policy

If there were more politicians with diverse experiences and backgrounds, Toure said, "many a decision would be closer to the reality of life of the people directly affected by the laws."

Toure has called for a "European solution" to issues surrounding asylum, as well as better and faster integration of refugees in Germany. She has criticized the federal parliament's efforts to further restrict the right to refuge. "Repressive asylum policy" will not prevent people in need from fleeing to Germany, she said.

When Toure ran for office in 2017, climate policy was one of the central themes of her campaign. She was not concerned with lifestyle issues, but with global poverty reduction. "It was about the elementary survival of people in the region where my parents come from," she said.

Toure said she felt a "responsibility towards affected African countries and in particular the population in Mali." She said she would strive to find out what she can do in Germany to ensure that political decisions on climate policy do not have a negative impact on her parents' homeland.

Not everyone admires Toure's commitments to climate and asylum policies. She has already received anonymous threats. But she said she would not be intimidated. In November Toure will turn 27, and her political career has just begun.