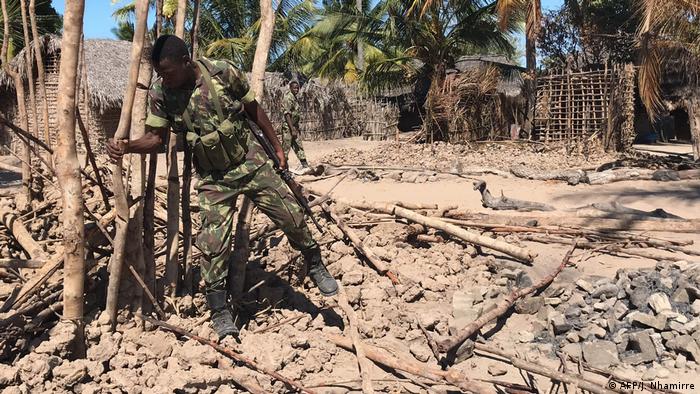 Reports of a new massacre over the past weekend in northern Mozambique's Cabo Delgado province first sparked outrage on Twitter. Over 50 people had been beheaded on a football pitch in the village of Muatide, reports claimed, which were echoed in international media outlets, including DW.

"Yes, that's 50, not just two like in France," tweeted Canadian tabloid columnist Tarek Fatah, referring to the October knife attack in the French town of Nice, where three people, including the attacker, were killed.

Other Twitter users shared links about the massacre, bemoaning that the event's news had disappeared under a flood of reporting about the United States presidential election.

Others said there was little international interest because the massacre happened in Africa.

Verifying information from Mozambique's troubled Cabo Delgado is exceedingly difficult. Journalists and human rights organizations have little or no access to the remote area.

Mozambican media outlets so far have not reported on the alleged attack in Muatide. Most tweets and reports from international media on Cabo Delgado, based their information from the private news platform Pinnacle News.

However, it is known that deadly attacks in Cabo Delgado province are "unfortunately not uncommon," according to Zenaida Machado from Human Rights Watch. Since regional unrest erupted in October 2017, there have been consistent reports about beheadings. But despite conducting many interviews, Machado said she has not been able to confirm the most recent massacre actually happened. Machado has, however, welcomed the fact that the local conflict had gained attention via Twitter.

The Catholic bishop in the provincial capital of Pemba, Luiz Fernando Lisboa, also could not confirm the number of beheadings alleged to have taken place.

"We know there were attacks, and we know that people were killed," he tells DW. "But that 50 or more people were beheaded on a football pitch in Muatide, we do not know this for certain. Whoever makes such a claim is risking a lot."

The fragile security situation in the oil and gas-rich Cabo Delgado province has worsened over the past months. In August, Islamic extremist fighters attacked and partly captured the small harbor town of Mocimboa da Praia.

The violence started in 2017 when extremists attacked police stations, killed officials, and stole weapons. Investigative journalist Estacio Valoi said civil war conditions reign in Cabo Delgado and the situation is out of control. In contrast, the Mozambican government claims it has had successes in fighting off the extremists. In August, it said security forces had killed 59 terrorists. But again, this claim could not be independently verified. 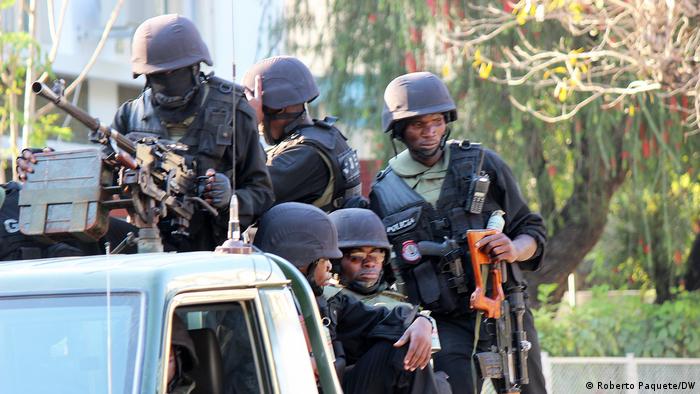 The biggest attack happened in April when 52 people were murdered in the village of Xitaxi.

"For hundreds of years, religious communities lived peacefully together. But this has changed," Valoi told DW at the time. He feared Mozambique could soon be in a similar situation to Somalia.

The insurgency in northern Mozambique is often likened to Al-Shabab, the Islamic militant group operating in Somalia. Since 2019, the Mozambican fighters claim allegiance to the terror organization "Islamic State" (ISIS). Experts believe most members come from Tanzania or northern Mozambique. 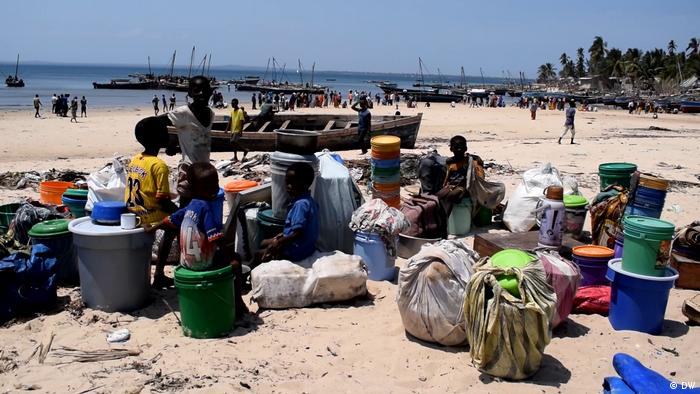 Hundreds of thousands of refugees have fled Cabo Delgado, often leaving by boat

Very few observers have been able to assess the situation in Cabo Delgado. This is because government troops, who have also been accused of human rights abuses, do not want outsiders as witnesses, says HRW expert Zenaida Machado.

Now the precarious security situation faces a further hurdle. Around 435,000 people have fled rural parts of Cabo Delgado. In the past three weeks alone, over 11,000 people have arrived in Pemba.

Emergency shelters are overflowing, and many have few alternatives to a private shelter. In some cases, 50 people are living in one household, says Machado. While the refugees in Pemba provide a rare opportunity for information about the human rights abuse, in Cabo Delgado, the Mozambican government is shielding newcomers from speaking to outsiders.

Hundreds of families have been displaced as Islamist insurgents step up attacks on villages in northern Mozambique. DW correspondent Adrian Kriesch visited the Cabo Delgado region and spoke to civilians fleeing the ongoing violence.

Rwanda deployed a joint force of army and police to Mozambique's troubled northern province of Cabo Delgado to help fight "Islamic State"-linked militants. Not everyone is happy about Kigali's move.