Mozambique has condemned video footage that appears to show a group of men in military uniforms executing a naked woman accused of being an Islamist militant. Officials deny the army is involved in acts of torture. 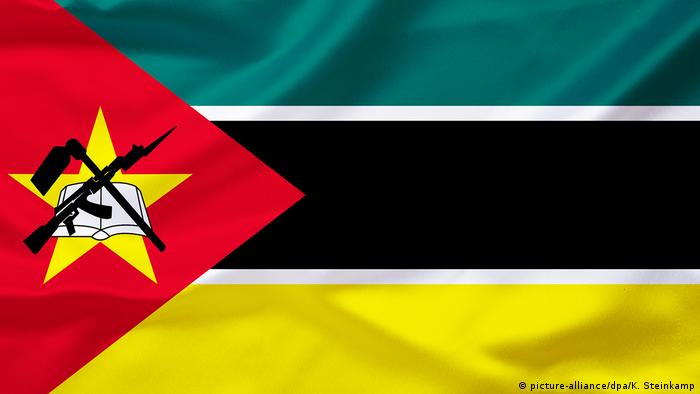 Mozambique's government and military have condemned the apparent brutal execution of a naked woman by men wearing fatigues, shown in video footage.

The video, which has been widely shared on social media, shows the armed men chasing and beating the woman who has been stripped of her clothing.

They beat her with sticks and shout at her in Portuguese, accusing her of being a member of the al-Shabab jihadist group.

The men then open fire, shooting the woman dead.

DW has been unable to verify the authenticity of the footage. The identity of the people in the video remains unknown.

The country's defense ministry called for an instant investigation into the "horrifying" images.

"The defense and security forces reiterate that they do not agree with any barbaric act that substantiates the violation of human rights," the ministry said in a statement.

In May, human rights group Amnesty International obtained videos that allegedly showed soldiers abusing prisoners who had been arrested on suspicion of being Islamist militants.

Islamist militants have launched a series of attacks in the country's north over the past three years. Last year, one of the main groups behind the insurgency pledged allegiance to Islamic State.

The area is home to one of Africa's biggest liquefied natural gas projects.

Last month, jihadists seized the strategic port of Mocimboa de Praia, where there are plans to develop offshore gas fields.

The number of attacks in Mozambique’s Cabo Delgado Province is on the rise. Among the latest victims were eight employees of a local gas sector contractor. But foreign investors are resolved to counter these threats.

Dozens killed in Mozambique for refusing to join terrorists

Suspected jihadists have attacked military barracks and surrounded a northern Mozambican town, hoisting their flag close to a major gas exploration site being developed by ExxonMobil and Total.