Japan is the most efficient among Asian nations in transforming creativity into economically viable innovations, according to a new index. Analyst Shanti Jagannathan talks about how the index can also serve policymakers. 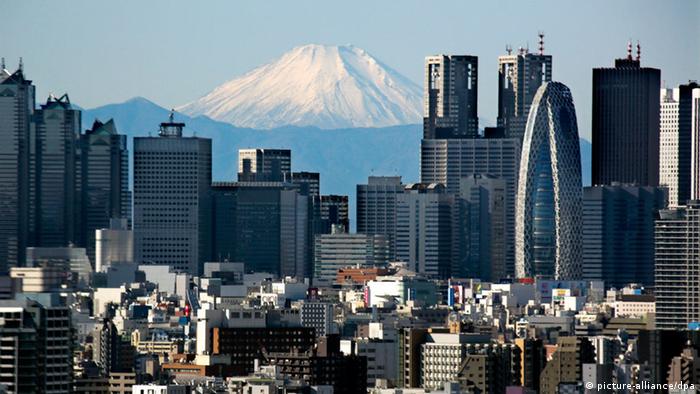 A new Creative Productivity Index (CPI) developed by the Asian Development Bank (ADB) and Economist Intelligence Unit (EIU) ranks Japan and the Republic of Korea as the most efficient countries in the Asia-Pacific region at turning creative inputs into tangible innovation. Myanmar, Pakistan, and Cambodia, by contrast, are ranked as the least efficient innovators. The September 12 report titled Creative Productivity Index: Analyzing Creativity and Innovation in Asia aims, among other things, to give policymakers a tool to assess how best to foster innovation and creativity in Asian economies.

The index uses 36 input indicators to measure the capacity and incentives for innovation, including how many global top 500 universities a country has, the urbanization rate, spending on research and development, protection of intellectual property rights, and corruption and bureaucracy. The eight output indicators to measure innovation include the number of patents filed, export sophistication, value added to agriculture, and the number of books and films produced.

Shanti Jagannathan, Senior Education Specialist at ADB and co-author of the report, says in a DW interview that the key factors driving innovation in countries such as Japan, South Korea and Singapore are high investments in research and development (R&D) as a proportion of gross domestic product (GDP) and the linking of high education standards to the needs and priorities of economic growth strategies.

DW: What are the main findings of the report?

Shanti Jagannathan: The main finding is that countries need to think about not only increasing innovative inputs and outputs, but also analyze how efficiently they turn inputs into outputs. This is particularly important given the scale of financing needs for innovation. Knowing what works better, policy makers can target investments for higher and faster outputs. 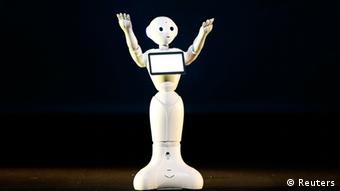 Jagannathan: 'Japan, South Korea and Singapore have high investments in R&D as a proportion of GDP'

The report also finds that countries at lower income levels are, in fact, likely to have higher marginal returns from increasing innovative inputs than higher-income countries.

What different dimensions of creativity did you take into account when compiling the CPI?

A number of well-known dimensions are used - such as enrolment rates in education, R&D spending, and protection of intellectual property rights. But this index also includes some contemporary measures that can further spur knowledge economies, for example, the App Gap measure which combines internet bandwidth, 3G penetration, wireless broadband subscriptions and e-governance performance.

In terms of output: agriculture, value added per work, and films produced are included. Asia still has large proportions of employment in farming which makes any productivity increase in agriculture highly beneficial to large numbers of people. The rise of creative industries indicates that films, animation and digital games are all new areas where there is considerable economic value.

What does a high CPI say about the economic viability of a country?

Fostering innovation and creativity has an important and tangible impact on economic performance. A strong CPI value means that a country is efficiently translating its investments into desirable outputs.

Japan's economy lost steam in the second quarter of 2014 and output contracted sharply. Analysts blame the slump largely on a national sales tax hike, but disagree over how to boost long-term growth in the Asian country. (09.09.2014)

Plans by Southeast Asian countries to set up a single market next year are likely to boost the economy and job market, but could also worsen inequality and benefit men more than women, as analyst Sukti Dasgupta tells DW. (21.08.2014)

More generally, we see that now is the time for Asia to transform its economy - mostly based on agriculture and labor-intensive manufacturing - and become a knowledge-economy leader so that it can continue to achieve strong economic growth rates and avoid getting stuck in the middle income trap. The CPI should help guide governments on how to do that most efficiently.

What makes countries such as Japan, South Korea and Singapore so strong in terms of innovation?

These economies have high investments in R&D as a proportion of GDP; they have invested extensively in education, including technical and higher education; they have created an education system of world standards that is linked to the needs and priorities of economic growth strategies. They have also actively pursued innovation and creativity as a broad-based growth strategy with coordination across government departments and with the private sector.

Why do Pakistan and Cambodia rank so low in the CPI?

Cambodia and Pakistan have poorer human capital and physical infrastructure and low levels of competition which do not allow innovation to flourish.

The People's Republic of China ranks only 11th in the CPI despite the fact that it is Asia's largest economy. Why is that?

The PRC is a classic example of how quantity alone is not enough. The PRC has done quite well on many innovation indicators - in fact it is responsible for the largest number of patents in the world. But how many went on to become commercially successful products and services? Far too few. Hence the message that countries need to continue to strive to increase productivity.

What role do you expect creativity and innovation will play in Asia in the coming years? 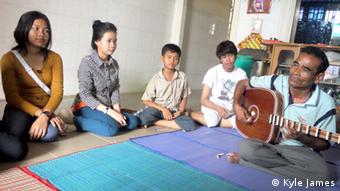 'Pakistan and Cambodia will find that their inputs, if well chosen, will go a long way in improving their economic performance,' says Jagannathan

Creativity and innovation are critical to maintaining the growth rates of the past. With wages rising, the low labor cost advantage-based model is fast becoming outdated. Only innovation-based growth can lead these economies towards bigger shares in high value chains.

Who will benefit most from policies to increase creative output?

Pakistan and Cambodia, for instance, will find that their inputs, if well chosen, will go a long way in improving their economic performance. That said, all countries - rich and poor - should continue to strive to ensure that all their creative investments are as efficient as they can be. It is a constantly moving target.

Shanti Jagannathan is senior Education Specialist in the Regional and Sustainable Development Department at the Asian Development Bank.