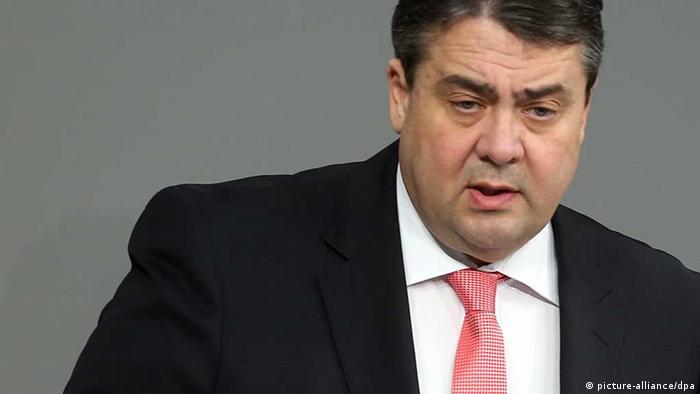 In a keynote energy policy speech to the Bundestag lower house on Thursday, Gabriel said the transformation of the German energy sector could create huge economic, ecological and political benefits, but at the same time was posing risks to Germany as a modern industry.

"We need to break the dynamics of ever-rising electricity bills, while ensuring a stable supply of energy for all," he said.

Germany is struggling with rising energy costs as it phases out nuclear power by 2020 and tries to generate up to 80 percent of its power needs from renewables by 2050.

Energy policy used to be the responsibility of Germany's environment minister - a position Gabriel has held in the past - but was attached to the Economy Ministry for the current legislative term. To much fanfare, Social Democrat chairman Gabriel took charge of what the German press dubbed a "superministry," instead of taking the foreign minister's post usually reserved for the top politician from the junior coalition partners.

Gabriel on Thursday outlined plans to cut average subsidies for renewable power sources from a current 0.17 euros ($0.23) per kilowatt hour to 0.12 euros by 2015.

Moreover, the build-up of onshore capacity of wind and solar plants would be capped at 2,500 megawatts a year, while offshore wind capacity may not expand beyond 6.5 gigawatts until 2020.

How Germany's Transition to Renewables Is Dividing the Business Community

Gabriel's proposal, however, has been sharply criticized by both political leaders and business lobby groups.

The premiers of Germany's coastal states, as well as wind-energy producers warned the implementation would make the shift to green energy even more expensive. The country's environmental organizations claimed Gabriel was seeking to slow down the move to renewable energies in favor of dirty coal power, which was still needed as backup energy.

In his speech, Gabriel promised he would take the criticism seriously, but added: "Special interests will not determine government policy."

Gabriel also said that he could not promise lower electricity bills for German consumers, but that he would do everything to prevent energy costs from rising.

The economics minister has the full backing of Chancellor Merkel who identified the overhaul of energy policy as a key project for her government.