Hitler's "Mein Kampf" is set to return to stores in January, published by the Institute for Contemporary History in Munich. Andreas Wirsching, the institute's director, told DW why the new edition is necessary. 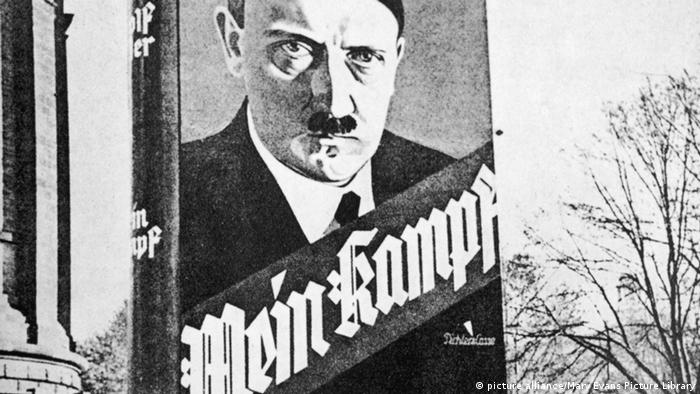 DW: Coming in at about 2,000 pages, this annotated edition is quite lengthy - longer than Hitler's original manuscript. Who is the intended audience?

Andreas Wirsching: Our edition is particularly aimed at historical researchers. It can't be denied that Hitler's "Mein Kampf" is certainly an important historical document. The book is a source for information on his life, his thinking and most importantly, the history of National Socialism as a whole, and therefore it's meant for research purposes.

But I'm certain that with this edition's styling, we will reach an even wider audience due to the great interest in this topic. The commentaries are in part brief academic annotations, and we have added a detailed index to easily access the content. Public interest in this topic is so vast, and so we hope that maybe a few non-experts will also take a look at our edition.

What is the purpose of these commentaries?

Just as in every other historical edition, the commentaries will mainly serve to include more historical context. The commentaries present facts about people who are only briefly mentioned, but who played an important background role. The fundamental purpose of the commentaries, and perhaps their most important function, is to cut off Hitler's demagogic discourse, fully exposing his half-truths, his provocative remarks and his downright lies. Another purpose of the commentaries is to point out what happened after 1933. It would be unusual for a normal edition to take a look into future events, but we do so in our version since much of what Hitler wrote in "Mein Kampf" became a brutal reality after 1933. 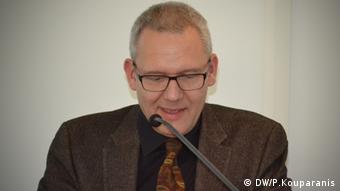 Does this edition include the original text, word-for-word?

Since our edition provides an academic service, it includes and cites the complete first editions published in 1925 and 1927, printed with the original page numbering. The book includes the whole first edition, along with some variations from later editions. The later editions are only briefly examined, as they do not add much more context.

Ideally, what do you want to accomplish with this book?

The situation is especially controversial now, because the book's copyright will expire in January. It would not be a good idea - irresponsible, to say the least - to allow this text to freely circulate. Therefore, it's important that our version portrays contextual and academic references in an informative political and historical manner. That's actually the main goal, and I'm relatively optimistic that this will be possible. Looking at this edition, the reader will find a lot of new information that will help to better understand the text, section by section. Ideally, this will also help readers better understand the history of the Nazis.

Ahead of the release of an annotated version of Adolf Hitler's "Mein Kampf," the president of the German Teachers' Association has suggested that schools should study the text. In an interview with DW, he explains why. (21.12.2015)

A Jewish group in Germany has given its approval to the publication of a version of Hitler's manifesto with scholarly annotations. The book is scheduled to be reprinted in its new edition in January. (02.12.2015)

So the new edition is about historical enlightenment?

Yes - history is a science that goes hand-in-hand with enlightenment. For example, in respect to Hitler's idea of a war in the so-called "Lebensraum" in Eastern Europe, the main ideas here are Poland in 1939 and then the invasion of the Soviet Union in 1941. With topics such as forced sterilization and anti-Semitism, there's a clear link to the Nuremberg Laws of 1935.

The state of Bavaria initially agreed to financially support this project, but decided against it after a visit to Israel by State Premier Horst Seehofer, who was made to understand that many people there were not particularly enthusiastic about the idea. How did you react?

I'm not aware of exactly what happened during that trip. In any case, after the 2013 elections, which resulted in a shakeup at the Culture Ministry, they told us that the state didn't want to support the project any longer, out of respect for Holocaust victims. I can understand that argument. Respecting the dignity of the victims and empathizing with them is a must and we do that as well, without question. In this respect, we understood the decision of the Bavarian government, but we weren't happy about it. After a reallocation of funds, however, we were able to finish the project.

Beginning on January 1, anyone will be allowed to print this book, even without commentary. Are there publishers interested in doing so? 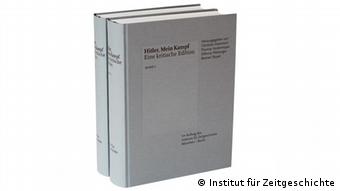 The cover of the new edition will be simple. Unlike previous versions, it won't feature Hitler or Nazi symbols

I don't know of any German publisher that's interested in producing any new edition of "Mein Kampf," and I don't believe that it will happen any time soon. Of course, the question is if our project had anything to do with that, since it has been widely covered by the media and the public has known about our edition for some time now. If our project has dissuaded other companies from making their own version, then it's safe to say that part of the project's political purpose has been accomplished.

There will be a Kindle version of "Mein Kampf" available through Amazon starting next month, and if I'm not mistaken it will more or less consist of the 1943 version, the original text and nothing else. That's problematic - I think it's important to include a critical and academic reference for the reader to rely on.

Do you fear that interest in this book, with or without commentary, will spike due to the current political situation and radical groups such as the anti-Islam PEGIDA?

We've considered this possibility, but I would say that our edition is not useful for radical or neo-Nazi purposes. Our rule was that every passage that Hitler wrote in "Mein Kampf" would be accompanied by a commentary. That way, when people read the book, they'll be obliged to notice the commentaries and take them into account. Any Hitler sympathizers who might be interested in the book are better off looking elsewhere.

"Hitler, Mein Kampf. A Critical Edition" will be available in German on January 8.