The World Health Organization has held talks about the new COVID-19 variant found in South Africa. Concern over the variant has prompted several countries to suspend and limit flights from the region. 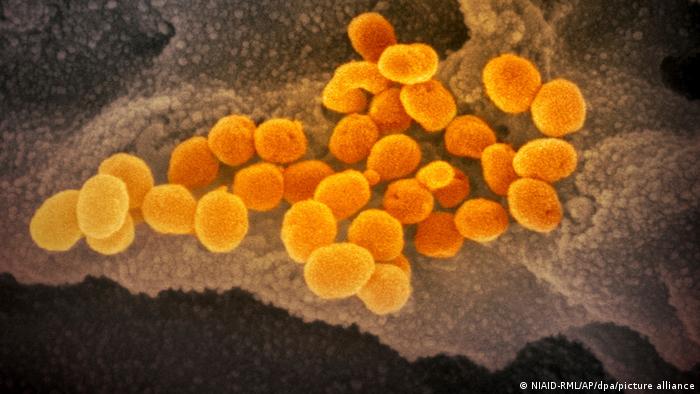 These live updates are now closed. For more on this story, please click here.

The new B.1.1.529 variant was first discovered on November 11, 2021 in Botswana, a country just north of South Africa. Since then, it has been detected in South Africa, mostly in the province of Gauteng, which includes Johannesburg and Pretoria, where the incidence rates are currently about 1,200.

After an emergency meeting on Friday, the World Health Organization classified the new variant as a 'variant of concern,' and gave it the name omicron.

B.1.1.529 has multiple mutations that could help it evade the body's immune response and make it more transmissible, South African scientists said on Thursday.

Dr Ulrich Elling, a molecular biologist at the Institute of Molecular Biotechnology in Vienna — a laboratory that specializes in sequencing the coronavirus and detecting new variants —  said the first estimates indicate the new variant "might be 500% more infectious than delta."

"Delta was about 60% more infectious than alpha, so the spread that we will see around the globe is going to be much faster than we saw it for delta."

Wolfgang Preiser, the head of Medical Virology at Stellenbosch University, South Africa, told DW that the new virus may evade the immune system, which "means it can infect people who've been infected before and recovered."

Younger people appear to be contracting and spreading the newly identified variant, but the coming weeks will be key in determining how severe the variant is, scientists have said.

To learn more about the new variant and what we know at present, follow DW and read our explainer.

Around 600 passengers arriving in Amsterdam on two flights from South Africa on Friday faced hours of delay at the airport as they waited for their COVID test results.

The Dutch government banned all air travel from South Africa and several surrounding countries early on Friday, adding that all passengers in the air would have to undergo testing and wait for their results before being allowed to enter Amsterdam.

If they tested positive for the virus, passengers would have to quarantine at a hotel and await another round of testing.

While passengers tweeted they were kept waiting for hours on the tarmac, airport authorities said processes had to be conducted carefully and that this took time.

All 27 European member states on Friday agreed to temporarily suspend travel from seven southern African nations over the outbreak of the new variant, according to the Slovenian EU presidency.

The decision came after the European Commission proposed activating the so-called "emergency brake" for the bloc's shared coronavirus travel rules.

Germany declared South Africa as a "virus variant area" and said airlines would only be allowed to bring in German nationals from the country. Others like Denmark and Greece suspended non-essential travel.

At a press conference in Brussels, European Commission President Ursula von der Leyen said air travel to countries where the new coronavirus variant was detected should be suspended until there is a better understanding of the new variant.

Contracts with vaccine manufacturers state the vaccine must be adapted immediately to new variants as they emerge, she said.

Earlier Friday, Belgian virologists confirmed a case of the variant had been detected in a traveler returning from Egypt earlier this month.

Belgium has become the first European country to confirm the presence of the new variant.

Belgian health minster Frank Vandenbroucke said, "We have one case of this variant that is confirmed. It's someone who came from abroad."

Marc Van Ranst, a virologist who works closely with Belgian public health officials, wrote on Twitter the case was in a traveler to Egypt who returned to Belgium on November 11. They first developed symptoms on November 22.

Biden added his administration was not considering new vaccine mandates since they didn't know very much about the variant yet.

"We don't know a lot about the variant except that is of great concern," Biden told reporters.

"I decided that we are going to be cautious," Biden added.

The travel restrictions do not apply to US citizens and go into effect on Monday.

Fauci: US health officials in touch with South Africa

Dr. Anthony Fauci, the top US infectious disease official, said Friday that US public health officials were in contact with South African scientists regarding the new variant detected earlier in the week.

US officials have not yet opted to restrict travel from South Africa or elsewhere amid concerns over the new variant.

Israel imposed a travel ban covering most of the African continent on Friday — expanding a ban that had previously applied to seven southern African nations. Only North African countries are exempt from the ban, while all others have been added to Israel's high-risk "red list." Israelis have been barred from traveling to the countries on the list, while foreign nationals from the affected countries are barred from entering Israel.

Returning Israelis will be required to quarantine. The country has also logged its first case of the new variant in a vaccinated traveler who arrived from Malawi. Two other people suspected of having the variant are also in quarantine.

German pharmaceutical company BioNTech said Friday it would need two weeks at most to assess how well its coronavirus vaccine holds up against the new variant.

"We expect more data from the laboratory tests in two weeks at the latest," a BioNTech spokesperson said in a statement. The company will assess whether the variant "may require an adjustment of our vaccine if the variant spreads globally."

The European Medicines Agency, the EU's regulator for medicinal products, said it was closely monitoring the situation. It added it was too soon to know whether vaccines had to be upgraded to curb the spread of omicron.

AstraZeneca said in a statement it was hopeful that its antibody cocktail against COVID would retain efficacy against the new variant.

AstraZeneca added it was conducting research in Botswana and Eswatini to collect data.

US giant Johnson & Johnson also said it was monitoring the spread of the new variant.

The World Health Organization has cautioned against the hasty implementation of new travel restrictions due to the emergence of the B.1.1.529 variant, and urged instead a "risk-based and scientific approach."

WHO spokesman Christian Lindmeier told a press conference in Geneva: "At this point, implementing travel restrictions is being cautioned against."

At a meeting Friday, experts will discuss whether to classify the variant as one "of interest" or "of concern." It will take scientists a few weeks to learn more about the variant.

In a series of tweets Friday, the office of President Cyril Ramaphosa announced he is convening the National Coronavirus Command Council (NCCC) on Sunday to assess developments, including scientific ones regarding the new variant.

Ramaphosa called on citizens to protect themselves against COVID-19 while scientists work to determine what they can learn about the new variant.

"The outcome of the NCCC discussions and further consultations will be communicated in the coming days," his office tweeted.

Nicholas Crisp, a senior official at South Africa's health department, told a media briefing that the WHO may promote the new variant as a 'variant of concern.' Crisp said they were trying to get more information on what took place at the emergency WHO meeting.

Germany's health minister and the director of federal agency for disease control and prevention, the Robert Koch Institute (RKI), were asked about the B1.1.529 variant during their weekly press briefing on Friday.

Health Minister Jens Spahn told reporters in Berlin that the "high number of mutations" noted were "at least cause for preliminary concern," even if tests were ongoing to determine how transmissible it is, or how resistant the variant was to vaccines.

Spahn described the German decision to impose travel restrictions on South Africa and some other countries in the region, with an exact list yet to be decided, as a "necessary, proactive, preventive protective measure."

RKI director Lothar Wieler said some genome mutations appeared to "suggest that there could be a higher rate of transmission."

"And there are other mutations where it's not yet clear what they mean biologically. That means we really are very concerned," he said.

What's known so far about the variant?

Markets down across the board on variant news

Europe's main equity markets were down at least 3% in afternoon trading following sharp falls in Asia.

The Dow Jones Industrial Average slumped 2.2% at the open of a shortened trading day Friday, after Americans celebrated Thanksgiving holiday.

Investors dashed to the relative safety of the Japanese yen and the Swiss franc. Gold also rose 0.7% on Friday.

Roland Kaloyan, the head of European equity strategy at Societe Generale, told Reuters: "We don't know so much about this variant yet but if it's serious, it could change the macro scenarios altogether."

What other countries can learn from Israel

Israel's Health Ministry said it had detected its first case of the new variant in a person returning from Malawi.

In a statement on Friday, the ministry said the individual and two other people with suspected cases of the variant were all in quarantine. All three were fully vaccinated.

"During the night I was informed that there is one verified case here in Israel, and this is disturbing," he said.

On Thursday, authorities announced travel to southern Africa from Israel was banned for citizens. Foreign nationals from the region would be denied entry.

"We are currently on the verge of a state of emergency," Bennett said.

Scientists are studying the variant that was first detected in South Africa earlier in the week. The National Institute for Communicable Diseases in South Africa said 22 cases of the new B.1.1.529 variant, as it is known, had been detected in the country but that it expected more cases as genomic analysis is ongoing.

The WHO's COVID-19 technical lead Maria Van Kerkhove said there are currently fewer than 100 whole genome sequences of the variant available. She said it would take a few more weeks of scientific work to determine whether the variant would be considered a "variant of interest" or a "variant of concern."

"Everybody that's out there needs to understand that the more this virus circulates, the more opportunities the virus has to change, the more mutations we will see," she said.

The UK Health Security Agency has reported that the new variant has also been detected in Botswana and Hong Kong. Germany's Health Ministry has moved to declare South Africa a virus variant area.

The WHO has convened an emergency meeting set for early Friday afternoon to discuss the new variant.

Scientists are concerned about the high number of mutations within the variant and worry it could be resistant to vaccines and more easily passed on to others.

Friday's working group meeting will determine whether to officially label the variant "of concern," a distinction only four variants to date have received.

Countries in Asia and Europe including Germany, the Czech Republic, Italy and the UK, quickly imposed restrictions Friday after the emergence of a potentially vaccine-resistant COVID-19 variant was detected in South Africa.

She said the Commission will propose "to activate the emergency brake to stop air travel from the southern African region" due to the emergence of the new variant.