In the Gaza Strip there are new front lines. Not only are Hamas and Israel fighting with each other, but now another party has entered the conflict: "Islamic State." Islamists are now fighting against Islamists. 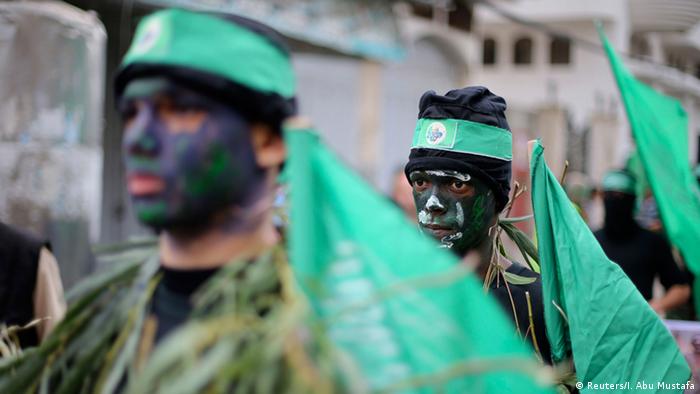 The "Islamic State's" (IS) video lasts 16 minutes. This time, the terrorist organization does not address a Western leader, as so often in the past. IS is now threatening its Sunni Islamist brethren, Hamas, the group that rules the Gaza Strip - the IS calls them "tyrant of Hamas."

The video was recorded in the Syrian province of Aleppo, an IS stronghold. It has spread like wildfire in social networks. "We will uproot the Jewish state, you (Hamas) and the Fatah (rulers of the West Bank). Secularism will no longer exist, as it will be gradually overrun by our masses," declared a masked member of the IS terrorist group.

The IS accuses the radical Hamas of cozying up to Shiite Iran. Another thorn in the IS side is the Shiite Hezbollah in Lebanon, who are backed by Tehran and fighting on President Bashar al-Assad's side in the Syrian war. The Syrian leader is known for his sectarianism and for his boundless hatred of Shiites - they are considered to be renegades.

Salafists are not under control

But the terrorist group's criticism goes even further. The IS believes that Hamas does not enforce Sharia law strictly enough in the coastal strip they govern and that they do not sufficiently fight back Israel. "The road to liberating Palestine goes through Iraq and we are getting closer every day," threatens one of the men in the video. "Hamas is increasingly losing sight of its goal."

The video is to be understood as a challenge. Although the IS possesses no power in the Gaza Strip, it has nonetheless found about 1,000 sympathizers, who are now slowly emerging out of the shadows. In June, they confessed to missile attacks on Israel. Luckily, damage was minimal.

After a bitter war with Israel in the summer of 2014, Hamas is now trying to limit the influence of various extremist groups torpedoing a ceasefire with Israel. A mosque where Salafists were praying was leveled to the ground and subsequently several men were arrested. The head of the group "Army of the Islamic State," Yunis Hunnar, was shot dead during an attempt to arrest him in early June. 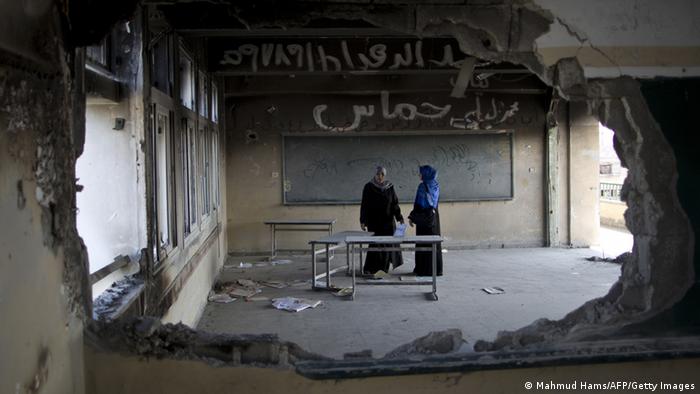 Hamas and Salafists have already been at odds with each other in the past. Gaza's coastline, devastated by several wars and closed off by Israel, is seen as an ideal breeding ground for extremists. Hopelessness, unemployment and lack of freedom of movement shape the daily lives of young people, who make up the majority of the population in the Gaza Strip. These circumstances drive them into the arms of the radical organizations. Many Palestinians who voted for Hamas in 2006 had hoped that they would relieve the situation, but they have not yet done so - on the contrary.

It's not only the people of Gaza who are suffering from the confrontation between Hamas and IS supporters. It's also bad news for Israel, whose Intelligence Minister Yisrael Katz accuses Hamas of collaborating with IS in Sinai. Hamas vehemently denies these allegations.

Some people in Israel warn against Hamas' loss of control in the Gaza Strip. Former US chief of military intelligence Michael Flynn pointed out in 2014 that breaking up Hamas would not be a good idea because "something worse" could be in store for the region.

IS video shows mass execution in ruins of Syria's Palmyra

"Islamic State" has released a video showing militants executing Syrian government soldiers in the ancient city of Palmyra. The group captured the site in May, prompting concern for the city's ruins - and residents. (04.07.2015)

The Israeli navy has intercepted a Swedish vessel leading a four-ship flotilla carrying activists who intended to breach a naval blockade of the Gaza Strip. Israel says no violence occurred during the incident. (29.06.2015)

US: Shooter kills 8 and himself at FedEx facility