Under the new government, Brazil is abandoning plans to accept more Syrian refugees. Some fear the move will complicate the lives of the 2,200 Syrians who have already come. Bruce Douglas reports from Rio de Janeiro. 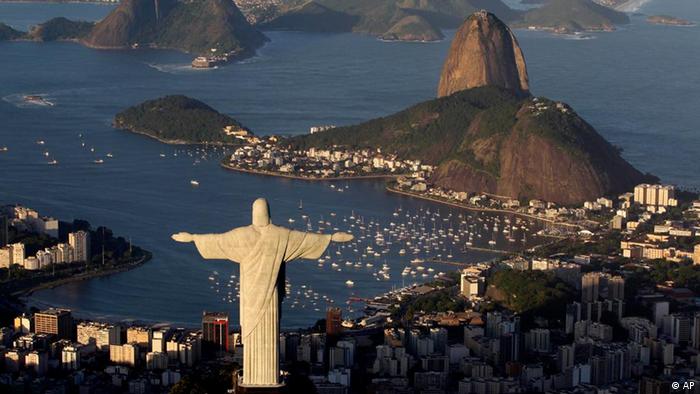 In December 2012, with the war in Syria steadily intensifying, 19-year-old Adel Bakkour was about to begin studying for a chemistry degree in the northern city of Aleppo.

Faced with the likelihood of conscription, Bakkour decided to leave. He crossed the border into Turkey, travelled to Istanbul, and in three days he was on board a plane bound for Rio de Janeiro.

"People here understand the situation in Syria," Bakkour said. "So, when they know where you're from, you can see that they try to help however they can."

But a policy shift regarding Syrian refugees by the new Brazilian government means that stories like Bakkour's may be increasingly rare. Since the start of the conflict, over 2,200 Syrians have settled in Brazil, the largest group of the 8,500 or so people who have claimed asylum during that period. Although the number may seem small in comparison to the 1.1 million offered shelter by Germany, it dwarves the asylum claims processed by other Latin American countries, and it appeared to be just the start of an even bolder humanitarian policy.

Last September, Oliver Stuenkel, an assistant professor of international relations at the Fundacao Getulio Vargas, wrote an opinion piece in The New York Times calling for the Brazilian government to welcome 50,000 Syrians, arguing that it "would help the country's economy by reducing Brazil's chronic shortage of skilled workers and boosting innovation."

Stuenkel was accused by some of wishing to "import terrorism," but it appeared that his words had some effect. Earlier this year, the Brazilian government of President Dilma Rousseff entered into talks with Germany, the European Union and the UN to discuss taking in more Syrian refugees. Shortly before leaving his post in May, Eugenio Aragao, the former justice minister, said the country could welcome "up to 100,000 Syrians, in groups of 20,000 per year." 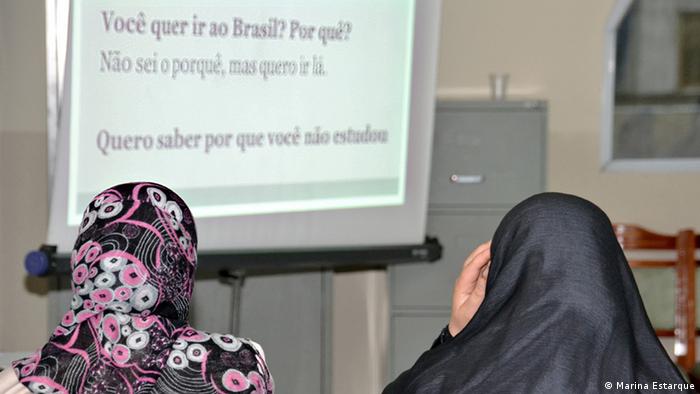 Brazil has taken in some 2,000 Syrian refugees

But, following Rousseff's suspension as she undergoes an impeachment trial, the new government has decided to abandon these talks.

Bakkour, who still hopes to bring his mother over to Brazil from Aleppo, is alarmed by the decision.

"It will make the Syrians here very uncomfortable," Bakkour said. "Brazilians will think that the government must have done this for a reason - that these people are dangerous."

A similar sentiment prevailed in the Masjid El Nur, Rio de Janeiro's only mosque, which caters to a community of about 2,000 mainly Brazilian Muslims.

The new green mosque shares a street with both a Catholic and an evangelical church, and enjoys good relations with its neighbors, but its members have experienced acts of hostility and are cautious about speaking to the press.

No one was willing to be interviewed on the record, but one congregant expressed concern that the move would reinforce negative stereotypes about Brazil's Muslim population. 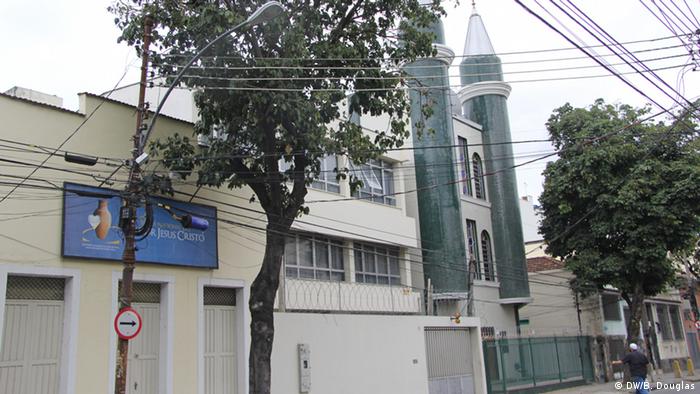 Muslims in Rio are concerned about the new government's approach

Under the administration of interim President Michel Temer, the Women, Racial Equality and Human Rights Ministry has been downgraded and brought under the control of the Justice Ministry.

In the context of Brazil's deep economic recession, critics of the open-door asylum policy argue that Syrian refugees represent an unnecessary extra cost as well as a potential security threat.

But, for Cecilia Baeza, a professor of international relations at the Pontifical University of Sao Paolo, the majority of Syrians claiming asylum in Brazil "have a level of education higher than the Brazilian average. They represent more an opportunity for Brazil, in terms of competency, than a burden."

The decision to abandon talks over Syrian refugees is part of a wider pivot in foreign policy under interim President Temer and his foreign minister, Jose Serra.

In his first act as minister, Serra set out a list of directives recalibrating Brazil's foreign policy objectives. First among them was a new emphasis on economic and trade-related issues; a subsequent directive stressed the need to strengthen Brazil's relationships with its traditional partners: Europe, the US and Japan, a significant move away from the previous governments' engagement with the G-77, a loose coalition of developing nations.

In practical terms, one noteworthy consequence of this change in posture was a decision by the Brazilian delegation at the United Nations to retroactively withdraw a vote in support of a UNESCO resolution describing Israel as an "occupying power" and denying a Jewish connection to the Western Wall and Temple Mount.

Brazil, under both Rousseff and her predecessor, Luiz Inacio Lula da Silva, had a longstanding supportive attitude toward Palestine. Earlier this year, Rousseff rejected the appointment of Dani Dayan, a former settler leader in the West Bank, as the Israeli government's ambassador to Brasília. In February, the first Palestinian Authority embassy in the Western Hemisphere was inaugurated in the Brazilian capital.

"Veja," a sensationalist right-wing magazine, subsequently quoted an unnamed military source describing the building as "sovereign Hamas territory. ... Terrorists could access the whole governmental structure in half an hour." 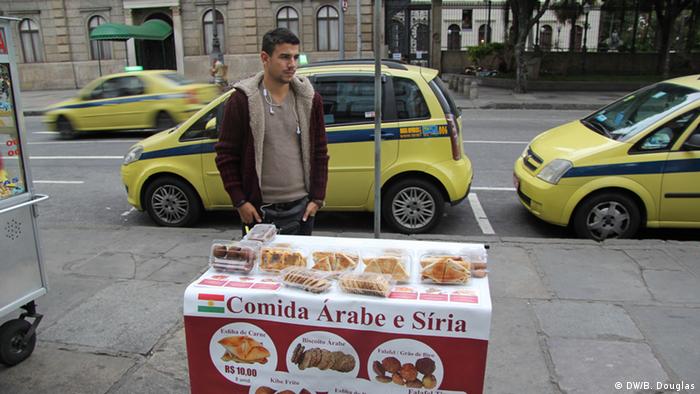 Syrian Kurd Razak sympathizes with the reluctance to accept refugees

But, for some of Brazil's Syrian refugees, struggling to make a living in the midst of a severe recession, the decision to limit the flow of migrants appears motivated more by the country's grim economic reality than by a rise in Islamophobia.

Mohammed Razak, a smiling, 21-year-old Kurd from northern Syria who earns about 350 reals (94 euros/$104) a week selling esfihas - a kind of mini-pizza snack - on the streets of Rio's wealthy South Zone, said Brazil was really suffering at the moment.

"It's a difficult time here," he said. "No one has any money here at the moment. I can see why they don't want more refugees."