Brazil's interim president Michel Temer has unveiled a raft of economic austerity measures. Just a few days into his 180-day tenure, the 75-year old has confounded expectations he would spend Brazil out of its slump. 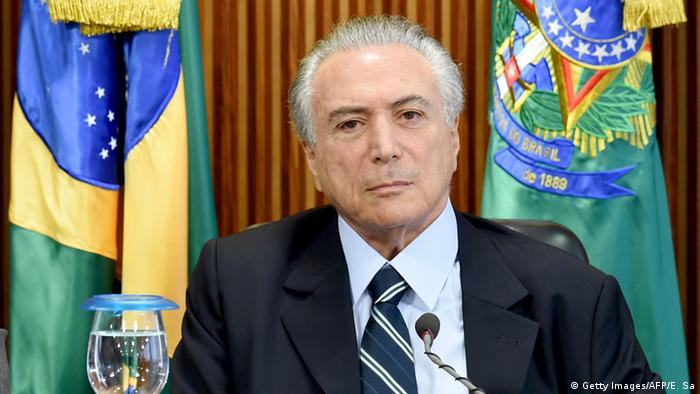 Austerity will be based on a pledge to limit growth in government spending to the rate of inflation, which is currently over 10 percent. With Brazil having plunged into its deepest economic slump in decades, Temer had been expected to focus on growth, appease the trades unions with continued public spending and fudge fiscal tightening issues.

The International Monetary Fund (IMF) has long called for austerity, and what is called sustainable cuts in public services.

Despite this, foreign exchange and equity markets rose only slightly on Tuesday, suggesting investors are not convinced Temer's plans will have their desired effects.

Temer, who is from the center-right PMDB party - earlier a coalition partner of the Workers' Party - said he would seek a constitutional amendment to curb public spending alongside measures to reduce the country's record fiscal deficit.

The amendment would limit growth in primary government spending before debt payments to the rate of inflation from the previous year. The constitutional amendment will also propose changes aimed at reducing the growth rate of mandatory health and education spending. There could also be a cut in government subsidies and tax breaks, while taxes could be raised temporarily.

Temer said it was the best way to bring down high interest rates, repair the country's credit standing - after losing its investment grade rating in December - and jump-start economic growth.

Temer told Congress on Tuesday that the 2016 fiscal target was the first test for his government as it seeks to balance its accounts. The deficit is on track to exceed 10 percent of GDP in 2016 for the second year running. The government says it is facing a record 170.5 billion reais ($48 billion) primary budget deficit in 2016, far higher than suspended president Rousseff's earlier target of a 97 billion reais deficit.

All three main ratings agencies consider Brazil's credit rating as junk. Fitch Ratings made its latest cut to Brazil's rating earlier this month, lowering by two points to BB with a negative outlook.

The central bank's benchmark interest rate rose to 14.25 percent as deficit spending by the government sent inflation over 10 percent in 2015. Brazil's economy is expected to contract around 3 percent this year after a fall of 3.8 percent last year: The IMF has forecast 3.5 percent negative growth for 2016, although Brazilian economists expect more than 3.8 percent shrinkage.

Finance Minister Henrique Meirelles said the reforms that will be sent to Congress in two weeks.

Temer's "No. 1 priority" - he said - was reform of the pension system. Last week, he appointed a commission to study and negotiate a reform. But he has been vague about a timeline for introducing such legislation. Trade unions have strongly opposed changes that would reduce benefits.

Two of the country's largest unions have refused to participate in talks, saying they don't recognize his government.

Among other plans, the government will push to get an early repayment of about $28 billion from Brazil's state-run investment bank BNDES and will immediately abolish a fund created to channel oil revenues into education.

Many bridges to cross

Such belt-tightening plans will, however, have to pass through Congress, which is also mandated to vote in the coming months on whether Temer should stay in office through 2018. It could also decide to allow suspended President Dilma Rousseff to return after her impeachment trial.

A constitutional amendment requires 60 percent support in both chambers of Congress. Over two-thirds of the Senate and lower house backed the impeachment process against Rousseff.

Temer was vice president and took over earlier this month after Rousseff was impeached by the Senate for allegedly using accounting tricks in managing the federal budget.

Not the right man for the job?

Temer's leadership qualities have also come under attack. He has already been criticized for appointing a cabinet of all white men and was heckled live on television on Monday by activists shouting "putschist" during a public appearance. On Tuesday he dismissed such attacks on Tuesday as "psychological aggression." 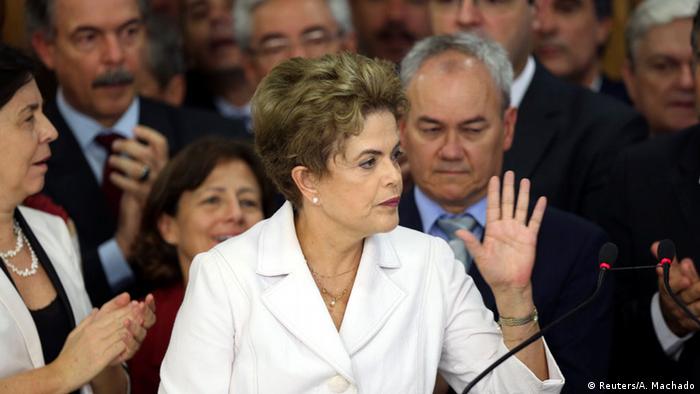 But Temer came out fighting on Tuesday. "Further down the road, we will sentence the Brazilian people to an extraordinary hardship if we don't act," he said. "I have heard: 'Temer is very frail, poor thing, he cannot govern. Nonsense!'"

Brazil: Temer moves from the shadows to the spotlight

His predecessor calls him a traitor, and the people have little faith in him, but Brazil's businesses back him. Who is Michel Temer, the new interim president of a country with 200 million inhabitants? (14.05.2016)

Brazil's new acting president has formed a pro-business cabinet and vowed to work toward lifting the economy. Many analysts argue that a tanking economy played a major role in President Dilma Rousseff's downfall. (12.05.2016)