A new law in Afghanistan effectively hinders the prosecution of domestic violence cases. Human rights organizations criticize the move as a massive blow to women's rights in the conflict-ridden South Asian nation. 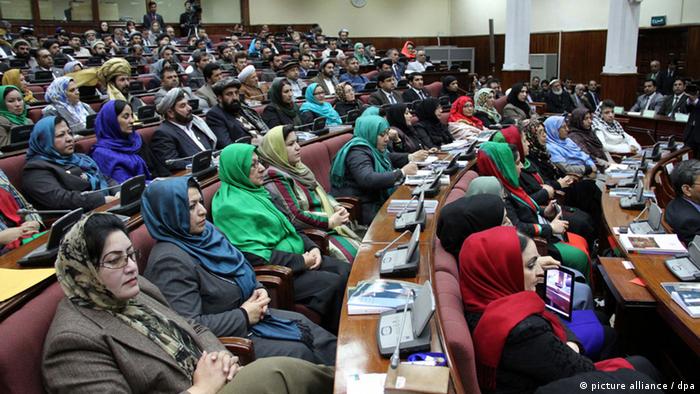 You would have to read carefully to become aware of the significance of this new section of Afghan law: "The following persons shall not be questioned in court as witnesses: defending lawyers, doctors, children and relatives of the accused." Although this does not sound uncommon, the devil lies in the details.

When Afghan men attack or abuse their wives, children or sisters, their relatives may not testify against them in a court of law. The bill, recently passed by the Afghan Parliament, effectively excludes parents, grandparents or siblings from testifying in court. Most violent acts against Afghan women, however, are committed within family structures and not outside, according to the government. 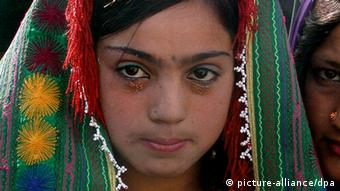 A 12 year old in a wedding dress: The new legislation also allows for minors to be married against their will

"Proponents of this law argue that relatives cannot be objective and that their testimony could lead to acts of revenge," said Samira Hamidi, a member of the Empowerment Center for Women (ECW), an Afghan women's rights organization. But the activist says she is not convinced by the arguments.

"The prosecution of acts of domestic violence will become more difficult as the new law virtually guarantees impunity for perpetrators, thus giving criminals an opportunity to walk around freely."

Rights campaigners such as "Human Rights Watch" (HRW) have sharply condemned the law and called upon Afghan President Hamid Karzai to refrain from signing it.

The bill is part of a new version of the Afghan Penal Code, a project the Afghan Parliament has been working on for six years. Farkhunda Zahra Naderi, a parliamentarian, is disappointed by the decision. "This law not only restricts women's rights; it is also a violation of human rights, as it deprives a person of the opportunity to testify as a witness," said the Afghan MP.

The new law has far-reaching consequences for Afghan women, says Heather Barr, a HRW researcher. "It makes it impossible to prosecute cases of domestic and sexual violence within the family, forced marriages, child marriages or marriages for the settlement of clan disputes," Barr told DW, adding that the legislation is the latest step in the parliament's attempts to curtail women's rights.

The expert is of the opinion that the new act literally voids the so-called 'law on the elimination of violence against women," which President Karzai signed last year, after it initially having been rejected by Parliament. Especially male parliamentarians had argued that the bill infringed on traditional values. 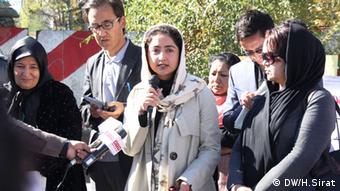 Farkhunda Zahra Naderi is one of the 68 women MPs in the Afghan parliament, where a fourth of all seats are reserved for women. She says there has been a growing misogynistic tendency among her colleagues in parliament, driven by conservative forces. "We parliamentarians work in an unsafe environment, where we are constantly under fear," she told DW.

"The parliament is dominated by a politically hostile mood in which it is impossible to make laws which can ensure the long-term welfare of the Afghan people."

"This is a worrying development and it can be observed not just in parliament, but also in other segments of the society," says Afghanistan expert Barr, citing examples such as the reduction in women's quotas in Afghan provincial councils from 25 percent to 20 percent last year, the resumption of a nationwide debate to reintroduce stoning as a form of punishment and the appointment of former Taliban insurgents as members of the independent Human Rights Commission.

"We have also observed the assassination of several female police officers, demonstrating the fragile situation of women in the war-torn country and the risks to their rights," Barr added.

Women's rights activists have deplored the situation in light of the imminent withdrawal of international troops from the country by the end of this year. They argue that the rights of Afghan women were one of the official justifications for the military operation. "But the international community has abandoned Afghan women," says Barr.

The expert says she wishes the international community could put more pressure on the Afghan government and provide further financial assistance only on the condition that women's rights are adequately protected.

Women's rights activists fear the new law could eliminate all hard-fought gains Afghan women have achieved so far. The decision is now in the hands of President Karzai.