How has the coronavirus pandemic changed our world? Speaking to DW, Union Berlin defender Neven Subotic demands more solidarity and hopes for more unity. The work of his foundation is more important than ever. 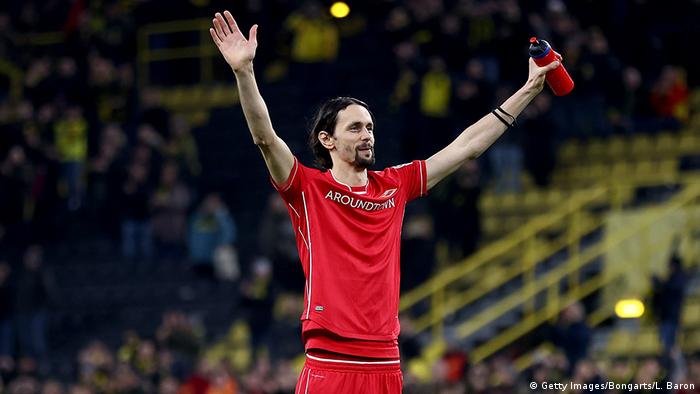 DW: Mr. Subotic, how are you experiencing the current situation in Berlin?

Neven Subotic: Despite the difficult health, social and economic crises that we are all experiencing, I'm in a luxurious situation. I'm not at risk, I don't have to worry about financial losses and fortunately my fridge is full. It is a luxury to have these things because that is not the case for millions of people in Germany.

How have you spent the last few weeks?

I've started most days with my fitness work. That's really important because something would be missing from my life if I didn't have exercise. After that I've been working with my foundation. We've had to adapt to the situation and develop plans for our employees, but also for everyone in our team. We're in close contact with our partners in Ethiopia. As a result, sport has not been the main focus of my days.

Speaking of football, Union Berlin returned to training on Monday. What has that been like?

There are state guidelines that have to be followed. That means, for example, that only a certain number of people can be on the training pitch. Of course, we are social distancing and we also have hygienic measures that we must abide by.

And, if and when football restarts, there won't be any supporters in the stadium. Does that bother you?

I'm naturally a very motivated person and want to win games, that's why I play football. But I think it will quickly become apparent that for the most part football lives from its fans. What makes football special is the fan culture and that will be missed. It will also have an impact on the game itself.

In Belgium, the season has been canceled. In Germany, football is supposed to return. Is that the right decision?

I'm a little more sceptical at the moment. I don't think we can pass judgement yet on whether it's right or wrong. The conditions for football to return, and the coordination between the authorities and clubs is working. 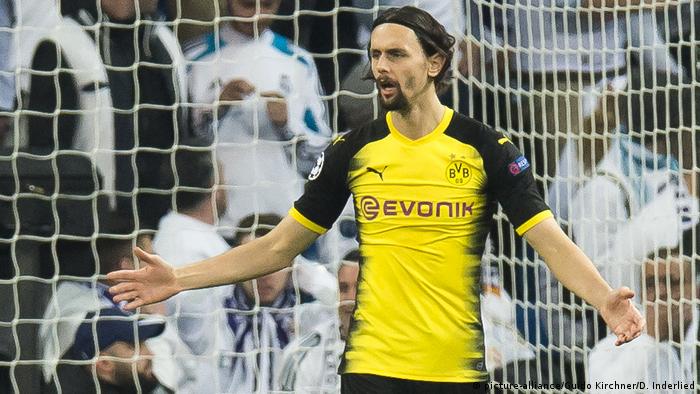 Is money more important than health at the moment?

For me, health is the most important thing. The decision about the right time to play has to be decided by the respective authorities.

Football has developed rapidly in recent years. Transfer fees and wages are huge. What impact do you think this crisis will have on the glamorous world of professional football?

My fear is that any changes will only be temporary. I think there will be a temporary change in this summer's transfer window - I'm tempted to say a temporary improvement, even. Because, in my eyes, the transfer market has spun out of control.

On the other hand, there's so much money in the business that it's also very lucrative for so many people. My concern is that in two or three years, we'll be back in a situation where players will be sold for hundreds of millions just because of how lucrative the business is.

Well, I'm a romantic. But it's a fact that clubs nowadays are businesses and that they primarily follow financial goals. That's their perogative because the whole system revolves around that. I'm just not a fan of it, personally. We'll see what happens when the first clubs file for bankruptcy. Who will come and help them then? Who will show solidarity with other clubs?

What do you mean?

I think solidarity at the moment means: I am solidly united with someone if I have to save them. But only as long as I'm not worse off as a result.

But would we be willing to go one step further? Perhaps, if I give someone money, I'll be slightly worse off. But at least that person will be a little better off. At the moment, there's not much of that happening. In the future, we will see what clubs, and companies, will be willing to do to help others.

Eight years ago, you founded the Neven Subotic Foundation. How are your partners and employees, and what does your work look like at the moment?

We're in touch with our employees and partners and have discussed the current situation. At the moment, there are approximately 30 confirmed cases in Ethiopia, partly because Ethiopia started testing later. In the global market, the biggest economic powers have the biggest potential to acquire tests. I think the cooperation of countries in the next few years, especially the next few months, will be decisive for everyone's future. 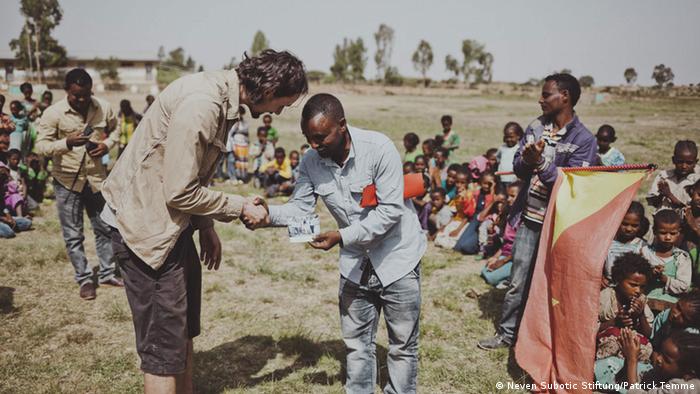 Normally, you travel to Ethiopia regularly to work on the ground with your local partner organizations and people in rural areas, but that's not possible at the moment. Do you feel a bit helpless?

It's not true that I can't do anything. We have a great deal to do, particularly to make sure the support is there so that the projects in Ethiopia can continue to be implemented. The projects provide immediate improvements to hygiene and the corresponding knowledge. In terms of the pandemic, the importance of our work has increased.

Generally, we always try to look to the future with our work. That means, not just limiting my vision to myself, my family, my village or my city, bur adjusting our work towards a global solution. We realize of course, especially now during this crisis, that it's important that countries work together and help each other, instead of just fighting for themselves.

It's the responsibility of economically strong countries, who also have to overcome challenges, to be there for other countries so that in the end, in terms of solidarity, we come out of this crisis as a stronger international population.

You're hoping the world will come closer together during these times?

Exactly. The world is smaller than it used to be one hundred years ago, so we have to to improve living conditions across the planet and act together. As a world population, we are always learning.

If, in a year, we see that everybody only acted in their own interests, that will do considerable damage to the development of togetherness in the next few years.

Will this crisis also lead us to reconsider our values?

I think so. It's no longer possible to whitewash the situation. Now is the time to ask: Am I prepared to do things that sometimes hurt in order to help others? We have to define when solidarity begins and where it ends in the current context.

Take sport, for instance. If every player says they won't take a pay cut and they still want the maximum, then that is not an example of solidarity. If, however, a player goes to their club and offers to give up part of their income then that is a show of solidarity.

And then there's the question of what the club does. Does the show of solidarity stop here or will clubs support teams from other leagues? And what about women's football, which has become incredibly popular in recent years? Will companies and leagues also show signs of solidarity there?

For me, at the moment, it appears too often to be about our own survival and that is a real shame. German football has shown its true colors, and we will see what we look like after this.

Neven Subotic has been playing for Union Berlin for one year. Before that, he was under contract at French side St. Etienne. He also played for Borussia Dortmund for eight years, making nearly 200 appearances and winning two Bundesliga titles as well as the German Cup. Alongside his football career, the 31-year-old founded the Neven Subotic Foundation in 2012 in order to help provide access to clean water for communities in Ethiopia.