Subotic in Ethiopia: ′I can′t just sit on the beach thinking I′ve made it′ | Sports | German football and major international sports news | DW | 04.07.2017

Subotic in Ethiopia: 'I can't just sit on the beach thinking I've made it'

Every summer, Borussia Dortmund defender Neven Subotic visits Ethiopia to learn about the work his foundation is doing in some of the world's poorest communities. He says it feels like a second home. 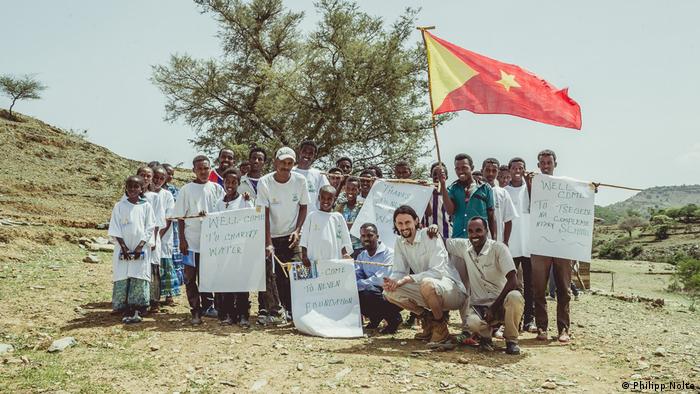 On a sunny afternoon in May, Neven Subotic is among hundreds of thousands of Borussia Dortmund fans watching the German Cup final in Dortmund city center. "Having already experienced the final as a player, it was also nice to celebrate together with the fans," he says. "Football can have such a positive effect because it's all about people. If you won on the pitch but there were no fans, then something would be missing."

Subotic is a people person. It's a quality which made the Serbian defender an instant favorite in Cologne during his loan move from Dortmund last season and which also influences his life off the pitch. In November 2012, the 28-year-old launched the Neven Subotic Foundation which aims to provide a better future for children in some of the poorest parts of the world.

Every summer, he travels to the Tigray region of northern Ethiopia, where WASH (water, sanitation and hygiene) projects supported by his foundation provide local people with access to safe, clean water, sanitary care and hygiene fit for humans.

"We all want to live in a better world and we all have the same aim," Subotic tells DW, travelling from village to village along dusty and sometimes unrecognizable roads. "We all want to create a world for the next generation where our children can live meaningful and humane lives."

Subotic knows better than most what it's like to grow up in difficult circumstances; his family fled the war in their native Bosnia in 1994 to move to Germany. While the football-mad youngster joined local side TSV Schwarzenberg, his parents worked hard to make ends meet and help those family members still at home.

"They didn't just have one job - they both did various things," he explains. "It was difficult for them to find a job at that time because so many refugees had arrived in Germany. My father would go from door to door asking whether he could do the garden or if there was something that needed repairing. It wasn't just so that we could have a better life and more money, but also to help send important supplies like food and medicine to family members who were still in Yugoslavia."

For Subotic, thinking about others is not something he actively has to work on. It comes naturally.

"It's something that I've always taken from my parents and friends and, fortunately, I've never lost sight of that. It's been anchored deep within me since I was a child. So when I realized the financial potential of my job, I wanted to harness it properly. I can't just sit on the beach in summer and look out to sea thinking: you've made it! I have a drive which is always there." 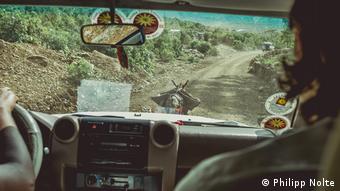 Back at the village in Tigray, it's time to get to work. The foundation has installed a water pump which Subotic inspects, before hearing about the precise effect it has had on the people who use it.

"The most important thing is to find out what effect our projects actually have," he says. "Who's benefitting from the pump? How has sanitation improved? How is responsibility for the project shared among local people? The children and their teachers play a key role in bringing a project to fruition. So it's extremely important to get to know people because then you know that the project is in good hands.

"Personally speaking, it's also a very emotional and self-fulfilling feeling to chat to the children and play with them. We get on well and we have a good time together. Despite the language barrier, we have a lot in common. When we arrive here, I feel like I'm coming home and that I'm among friends, which is all down to the people I meet."

Unlike in Dortmund or Cologne, the people Subotic encounters in Ethiopia don't see him as a professional footballer. But he insists the two worlds aren't completely different. 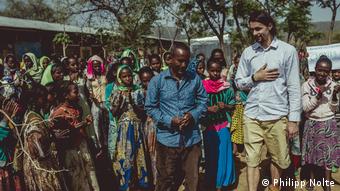 "For me, football and my foundation go hand in hand," he says. "Not only are they both fun, they also give my life added meaning. Football is fun but it's also hard work - you don't just become a professional over night. Every day is a challenge, striving towards a common goal with colleagues. And I experience the same atmosphere in my foundation work. Ideally, I'd always have both!"

"Here in Ethiopia, it's nice not to always talk about football. Here, it's all about the really important things which affect life everywhere. That's really important to me. I have a chance to learn about such things here because I'm not just seen as a footballer, but as someone who wants to learn."