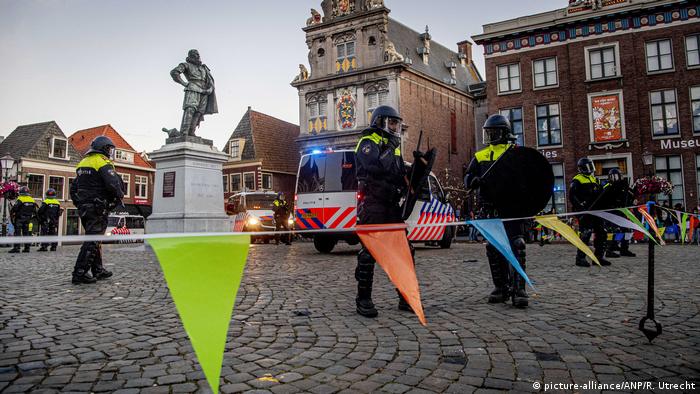 Some 500 protesters on Friday gathered in the town of Hoorn, north of Amsterdam, to call for the removal of a statue of 17th century colonial-era Dutch officer Jan Pieterszoon Coen.

There was also a smaller group of counterprotests. When demonstrators refused to disperse, police broke up the crowds with shields and batons, arresting five people. No injuries or damages were reported.

Coen, an officer in the Dutch East India trading company, led a conquest of the Banda islands in 1621, in modern-day Indonesia. Only 1,000 of the 15,000 local inhabitants were believed to have survived.

''Everyone here today gives a voice to the victims. A mass murderer does not deserve a statue,'' said Romy Rondeltap, one of the protest organizers.

In the wake of the police killing of George Floyd in the US that has fueled the Black Lives Matter movement around the globe, the Netherlands in recent weeks has seen protests across the country against police violence and racism, including two large gatherings in the capital, Amsterdam. These protests have been driven by concerns over racism on the part of police and tax authorities, and discrimination in schools, workplaces and the housing market.

Statues of colonial-era Europeans have become focal points of many anti-racism protests on the continent, including in the UK and Belgium. Last week, a statue of Dutch colonial mariner Piet Hein was smeared with the word "killer."

While many people view Coen and other colonial-era figures as brutal oppressors, they have also drawn support from those who associate them with Dutch history and identity.

Protesters toppled and set ablaze a statue of a Confederate general in Washington DC, following nationwide rallies to mark Juneteenth, the day commemorating the end of slavery in the United States. (20.06.2020)