An NGO is fighting corruption by pushing for better oversight of money pledged to environmental projects around the world.

Every year billions of dollars are pumped into global environmental projects. Much of this money is from donors and is meant to help improve lives and slow climate catastrophes, but the system is open to abuse.

In Nepal, Prakriti Adhikary and her team support people in the Kaski and Chitwan regions whose livelihoods are threatened by the climate crisis. The country is suffering from the impacts of climate change: heavy rains have destroyed crops and caused flooding, and rising temperatures have dried up rivers leaving fishers with no livelihood. During regular visits throughout the country, they listen to the problems of those affected and encourage them to claim funds that are due.

Currently, only about 20% of the money earmarked for climate projects gets to where it is intended in the Himalayan nation. The rest often ends up funding urgently needed infrastructure, such as roads.

Besides being active in Nepal, the NGO Transparency International has implemented monitoring programs across sub-Saharan Africa, Asia Pacific and Latin America. They hope that by better documenting climate finance, the fear of exposure will be a strong incentive for national and local governments to tackle corruption.

Project goal: To keep track of money pledged to environmental projects and look out for abuse, mismanagement and waste by demanding accountability and transparency.

Project partners: The project is headed by Berlin-based Transparency International and is supported by local branches in Nepal, Peru, Bangladesh, Kenya, the Maldives, Mexico, Rwanda and South Korea. Funding for the project comes from the IKI program of the German Ministry for the Environment.

A film by Cornelia Borrmann and Tsering Rhitar Sherpa 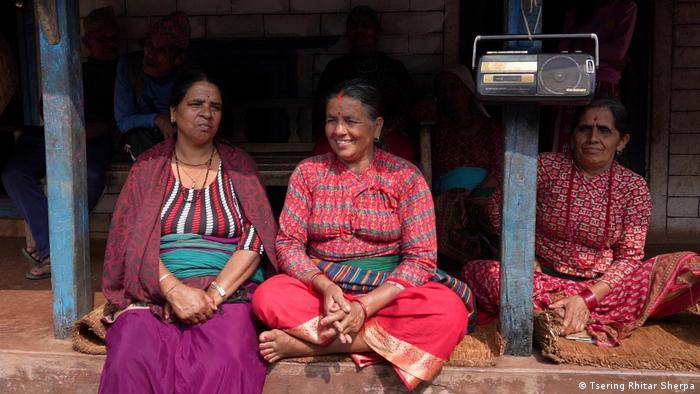 How a farming project in Nepal is smashing caste bigotry

As members of the lowest caste, Dalit women are among Nepal's poorest people. They're badly affected by climate change too. A farming project is helping them prepare for global warming. It's had a surprising side-effect.