Police are investigating a death threat to Cem Özdemir, the former co-leader of Germany's Green party. A US neo-Nazi group was linked to the email, which featured the politician among a list of its assassination targets. 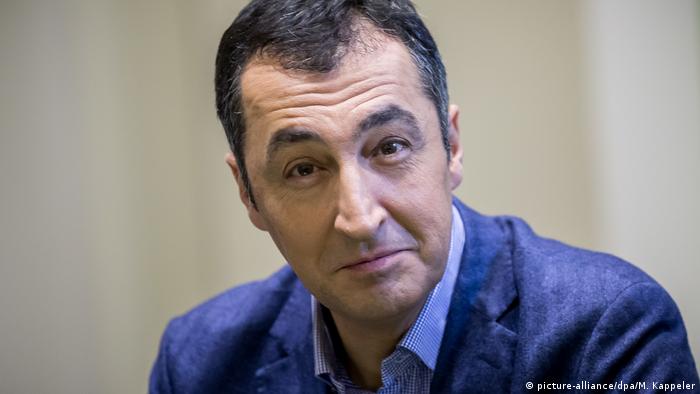 German lawmaker Cem Özdemir's office said it had passed details to police of an email that threatened the politician with "execution."

An offshoot of the US-based neo-Nazi group Atomwaffen Division (AWD) appeared to be behind the message, which featured Özdemir — one of Germany's highest-profile politicians with Turkish origins — at the top of an assassination hit list.

Details of the death threat were reported by Germany's Funke Mediengruppe newspaper group, which published a part of the email threat.

"At the moment, we are planning how and when we will execute you; At the next public rally? Or will we get you in front of your home?" the papers quoted from the message to Özdemir.

Özdemir, who co-chaired Germany's Green party for almost a decade until January last year, subsequently passed the message to the police. According to the Funke report, the wording had led him to take it more seriously than other threats.

Long a recipient of police protection, Özdemir is no stranger to intimidation. A staunch critic of Turkish President Recep Tayyip Erdogan, he has received numerous death threats from Turkish nationalists.

The 53-year-old politician said he feared more for others than himself. "What about all the local politicians and the volunteers who are being attacked and have no personal protection?" he told the newspaper group.

Germany's Federal Criminal Police said that, despite the emergence of a German-based offshoot of the AWD group, its assessment of the hazards posed by far-right groups remained unchanged – albeit at a high level for the nation.

Members of the AWD in the United States have been linked to several murders and planned terror attacks. The group, organized in cells, operates largely online and has repeatedly called for attacks on minorities.

While the group formed in the southern US, it has since expanded across the country and into the UK, Canada, Germany and the Baltic states.