Need to service a rocket? A spy satellite or nuclear weapon? Always read the manual | Science | In-depth reporting on science and technology | DW | 19.10.2017

Need to service a rocket? A spy satellite or nuclear weapon? Always read the manual

The Haynes Owners' Workshop Manuals started with a boyhood dream to build a sports car. They are now the number one resource for space travelers who need to fix a Millennium Falcon. Disclosure: this boy's a fan. 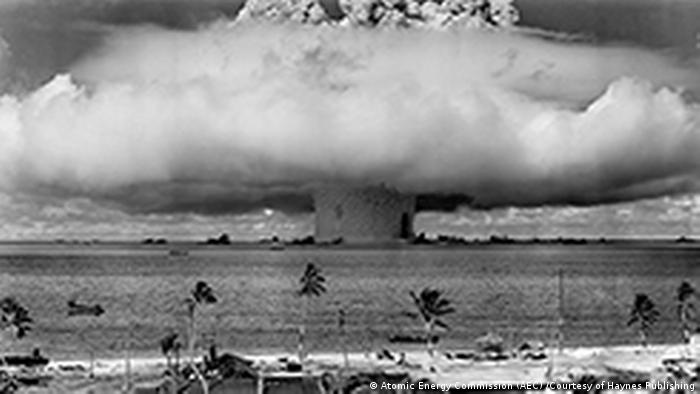 DW: From cars to spitfires and spacecraft, and even nuclear weapons, the Haynes Owners' Workshop Manuals cover all sorts of technology. And it seems your writers have access to detail that you don't often see in books. How did it all start?

Steve Rendle: Haynes was founded by John Haynes, who is still here as our founder director, in 1960. He had a great idea, because he wanted to build his own sports car, but realized there wasn't a lot of information around, explaining how to take cars to pieces and put them back together to repair them. So as a schoolboy he wrote his own pamphlet, really, on how to do that. That developed, and then a few years later John took an MG to pieces, while he was an officer in the RAF in Aden, and published the first Haynes Manual in a format we would vaguely recognize today.

So how did you go from MGs to rockets? What prompted the Space Series?

Back in 2006 we published a book on the Supermarine Spitfire, the aircraft. And we decided to diversify away from our traditional car workshop manuals, the repair manuals, and into an area to inform people about some of the iconic machines and engineering that fascinate them, but perhaps they haven't had a chance to dig beneath the surface and get to know how these things work. 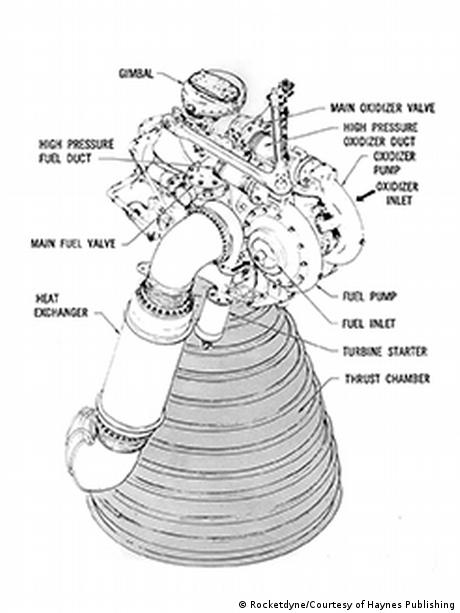 So we started with the Spitfire and a couple of years later we published the Apollo 11 manual, which was the first of what we now call the Space Series. And originally that was aimed at a wide audience, as was the Spitfire, because it was an iconic engineering project, with the first man on the moon. It gave an overview of some of the hardware, the mission, and it was designed to appeal to anybody on the street, who remembered the Apollo 11 mission and the moon landing, but maybe wasn't an ardent engineering enthusiast.

But you do have experts writing the books, people from the field like David Baker who worked for NASA and in other military contexts. Would you say that's what gives you that first-hand flavor in the books? And better access to certain information?

That's true, certainly with some of the titles that David has written. He can get hold of things other people might not be able to. And he has the knowledge, he knows where to look. But we've also got David Woods and David Harland, and they have great contacts. We're also very lucky as NASA, and a lot of the companies involved in building these craft, are willing to help us. They see we're spreading the word, if you like. So, yes, the access is key, and getting hold of the photographs and illustrations … That's what makes it a Haynes Manual. 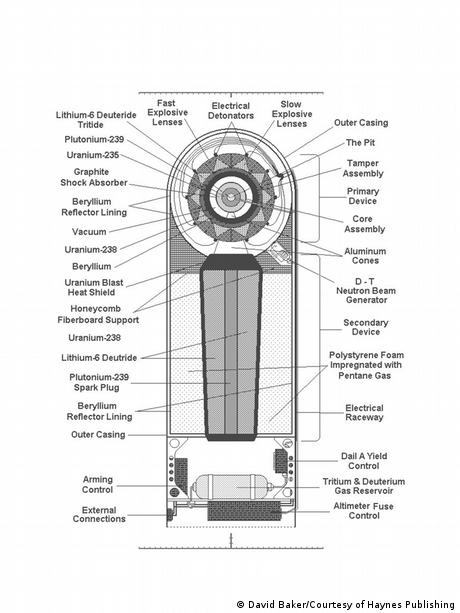 General layout of a UK thermonuclear device. It followed the essential design guidelines of the Teller-Ulam concept

Isn't there any hesitation on the part of the sources that they might reveal too much? I mean, I read one comment online that said it'd be nice if the rockets manual was updated to include more recent technology, like SpaceX's Falcon 9 …

Yes, I know what you mean. I think with the current efforts, where you've got rival companies involved, that's a slightly different scenario because clearly they're quite keen to protect their Intellectual Property. When you go back through history, everyone wants to talk about it. And I'd like to think we could update the rockets book in the future.

But certainly in today's world, in any field of engineering, people aren't always willing to talk about technology when they think they may have an advantage over someone else.

It's a nice little irony, though, whether it's rockets, spy satellites or nuclear weapons, it's always the "Owners' Workshop Manual." It makes you think you could build a Saturn V rocket in your back yard …

In the early days, going back to the Spitfire manual, we did have a few people say, "Well, hang on, this doesn't actually tell me how to service my spitfire." Okay, so it was slightly tongue in cheek, but they got the irony. And that worked quite well. Today, whilst people understand we're playing on that concept, they kind of get it. Although there are still one or two people in certain fields who don't get it … 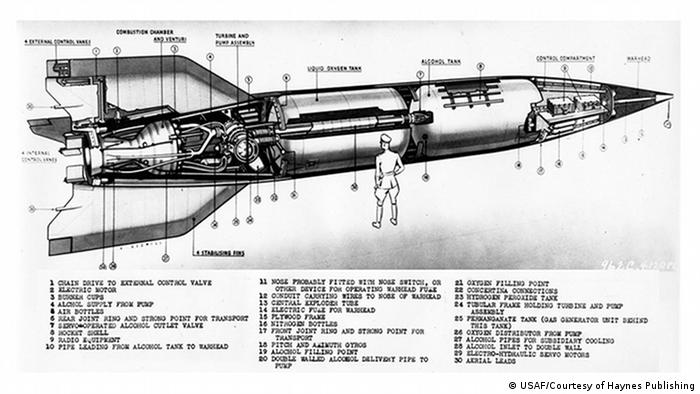 General layout of a V2 rocket: its fuel tank above the oxygen tank, and guidance equipment below the warhead and nose

Well, you may yet get Elon Musk ringing up one day, looking at a Haynes Manual to remind him how to build a vintage Falcon 9. But, then, I supposed he'd have to give you more access first …

Yes! But, you know, we've done a few licensed titles on the space theme, Star Wars titles on the Millennium Falcon and Death Star, and Lucasfilm [a production company founded by Star Wars creator George Lucas] now use those books for referencing back to the older films. So it's quite interesting!

Steve Rendle is a senior commissioning editor at Haynes Publishing. The Space Series includes more than 20 titles, ranging from Soyuz and NASA Mars Rovers Manuals to the Klingon Bird-of-Prey Manual and one on Alien Invasion Survival.

Rockets are complex things. But ultimately a rocket is a rocket, and there's not much difference between an intercontinental ballistic missile and a satellite launcher. Dr David Baker talks us through the technology. (13.07.2017)

Rendezvous with a death star: satellites may one day rust in peace at the Necropolis

Of the many daily deadly threats to life, one you are least likely to think of is space debris. But be warned: some of it crashes through Earth's atmosphere, while other bits pose a risk to your future life in space. (26.07.2017)

From ATOX to vacuum, and radiation in between, engineers have to overcome heaps of issues in spacecraft design. So spare a thought for those trying to do something new, like Reaction Engines and Oxford Space Systems. (23.06.2017)