From ATOX to vacuum, and radiation in between, engineers have to overcome heaps of issues in spacecraft design. So spare a thought for those trying to do something new, like Reaction Engines and Oxford Space Systems. 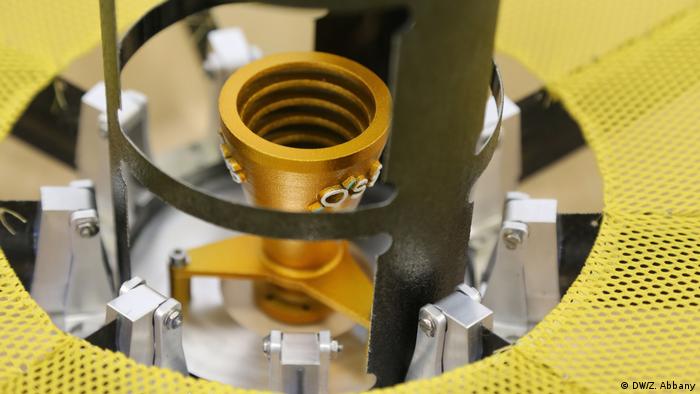 One of the biggest challenges for engineers designing space technology is the space environment itself. There is a "whole bunch of things that conspire against you," says Mike Lawton, founder and CEO of Oxford Space Systems. Lawton says a lot of the technologies and processes we use on Earth simply cannot be used in space.

"All the things engineers take for granted have to be reviewed and quite often discounted when you get above the atmosphere," says Lawton. "And one challenge in space is the lack of atmosphere."

So for instance there's nothing like convection cooling in space. If you illuminate a spacecraft either partially or fully with the sun, you can get massive temperature rises very quickly. "Those temperatures far exceed anything on the surface of the Earth because there's no air to cool them," says Lawton.

But heat can be both good and bad. Another Oxford-based company - one hotly-tipped (if you'll excuse the pun) - to revolutionize space exploration is Reaction Engines. They are working on a concept that could herald a new age in horizontal launch vehicles, using the company's SABRE technology.

"It's quite a complex system. It's a synergy of jet and rocket engine technology," says Reaction Engines' CEO Mark Thomas, based at Oxford's Culham Science Centre. 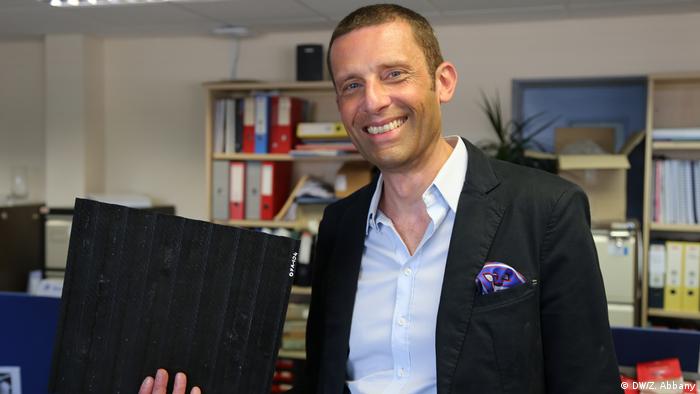 At the front, there's an intake that looks much like one on a missile or the SR-71 Blackbird aircraft, it's a "classic high-speed intake."

"That slows the air down to a manageable speed but it gets very hot in the process, due to the kinetic effect, basically friction," says Thomas. "We're talking very hot. The heat energy is the square of the velocity, so the faster you go, you see that going up."

So then enter the heat exchanger. It cools the air from 1000 degrees to a more manageable level, such as ambient conditions or sub-zero temperatures.

"It's effectively a thousand degree temperature reduction in a fraction of a second. It's actually mind-blowing. And then you can do a lot of useful stuff with that air, and we compress it and use it as an oxidizer in our combustion process. So we don't use liquid oxygen for a large proportion of the flight," says Thomas. 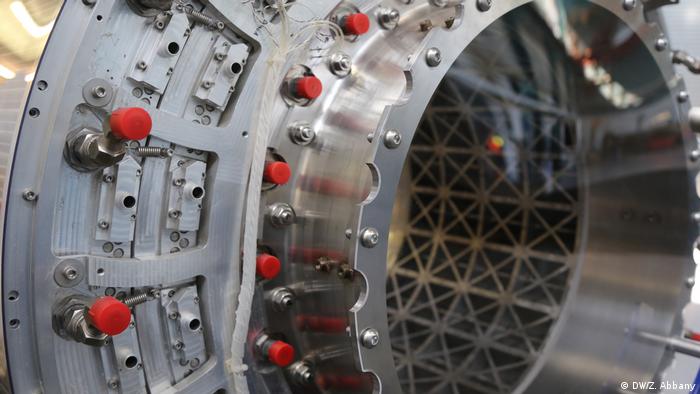 Normally you would use liquid hydrogen fuel with liquid oxygen oxidizer, but liquid oxygen is heavy. Thomas says 70 percent of the mass of a launcher is liquid oxygen. And anything you can do to minimize your demand for liquid oxygen is "a huge payback" - for one you can ship greater payloads to space.

"We use air up to Mach 5.5 - five-and-a-half times the speed of sound - and an altitude of about 25 kilometers, and beyond that we're into more classic rocket territory where the engine has a second mode of operation, which is pure rocket, and it does use liquid oxygen for that," says Thomas.

SABRE captures a lot of heat energy, which it reuses to drive the machine, the turbines. It's a "very smart" thermodynamic principle, says Thomas. And if you want to go orbit, that rocket mode will take you to Mach 25. It's aimed at horizontal launchers, such as Reaction Engines' own Skylon, which would have two SABRE engines.

But this is all a concept in-waiting. There's still plenty of work to be done on SABRE and the spaceplane Skylon. And they have already had to overcome a lot of challenges along the way.

"Take the pre-cooler, which cools the incoming air, that air still has water vapor in it, so one of the challenges is to work out how you do that without the device icing up," says Thomas.

The thing could become an "ice cube" very quickly, particularly if you go to sub-zero temperatures.

"So we developed a system to eliminate frost," says Thomas. "It takes moisture out of the air we're cooling and you end up with entirely dry air on the inside of the pre-cooler." Custom-built for Reaction Engines: an ultra-high vacuum furnace. It's now also a service they provide

And because their technology is so cutting edge, Reaction Engines have had to develop new manufacturing techniques. They have even custom-build test machinery, and that has created spin-off opportunities. They have an ultra-high vacuum furnace, which they are using to test their own technology as well as that of other companies. They have just been stress-testing a key component of the European Space Agency's Solar Orbiter.

Heat really is hard to handle in space. Back over the Oxford Space Systems at the nearby Harwell Space Cluster, Lawton says they have had their challenges with thermal gradients.

"Imagine you have a large antenna that's partially sunlit and partially in the dark," says Lawton. "One part could be 150-160 degrees and the bit in the shadow could be minus 50 or minus 60 - that's a nearly 250 degree delta, or change in temperature, across that surface." 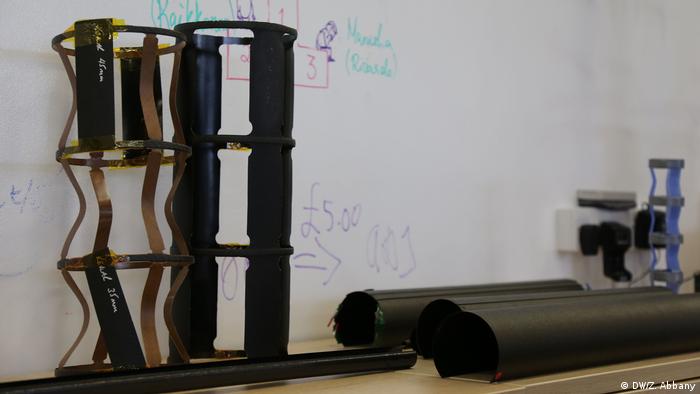 From small-scale models taped together at home in the kitchen ... to the future of satellite antennas

And as we all know from school, if you heat metal it expands, and if you cool it, it shrinks.

"When you've got a temperature gradient across an antenna the whole thing is trying to move, expand and contract, and that can distort the structure, so we need smart ways to deal with that on orbit," says Lawton.

Radiation is also an issue - it means you can't use plastics in geostationary orbit, for instance, and you're more likely to use aluminum or metal foils to shield your core equipment. Basically, you let the foil take the heat.

But there are other more surprising issues. 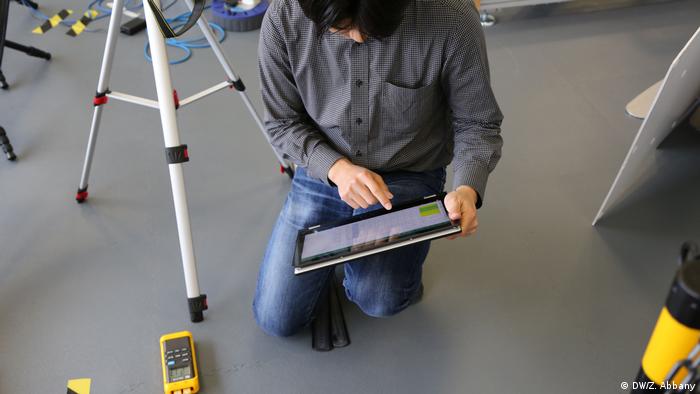 "Most people aren't aware we have this bizarre effect called ATOX, which is short for Atomic Oxygen. It occurs in low-Earth orbit and it's the last wisps of the Earth's atmosphere, lighter molecules of oxygen, whizzing around," says Lawton.

In the human body you get oxygen damage to cells. Metals on Earth corrode on because of oxygen content. And the same problem exists in space.

"When you combine that with extremes of temperature and the wisps of radiation we see, ATOX damage can catch you out," says Lawton. "Carbon fibers get brittle with ATOX and if you get a puncture, your structure will shatter."

Then there's the issue of vacuum. You can't any Earthly lubricants, because in space "they just vaporize. You have to review every material before you put it in space."

Gawd, it's enough to make you give up. Luckily, some never do.

Phone home: how photon entanglement could secure our interplanetary internet

Think we're on the back foot with cybersecurity? Well the deeper we explore space the more we are going to need an interplanetary internet, and the more we'll need it to be secure. Could photon entanglement help? (20.06.2017)

Outer Space Treaty, another one for Trump to dump

It's not just the Paris Accord that Trump wants to dump. The US is also threatening to leave the 1967 Outer Space Treaty. It's the foundation of most space law. But it's "looking its age," so the US may have a point. (01.06.2017)

So nobody's holding an election in space. But one week out, the UK's general election has thrown a cloak of uncertainty over the country's space industry. At the UK Space Conference they're saying "We just don't know." (31.05.2017)