Possessing Neanderthal genes can increase the chances of suffering a severe form of COVID-19, a new study out of Germany has shown. People with this genetic cluster are three times as likely to need a ventilator. 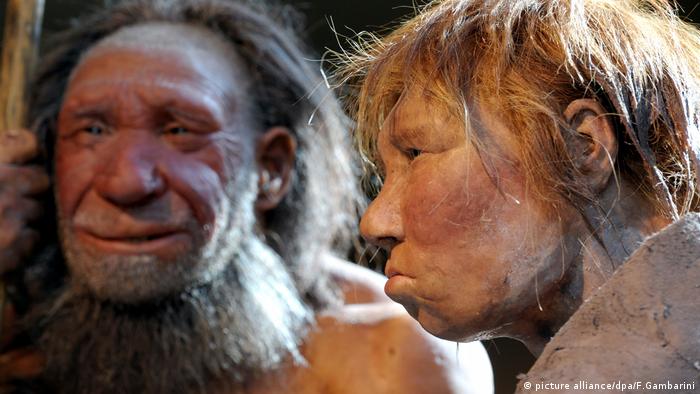 A major risk factor for contracting severe forms of COVID-19 is a gene cluster inherited from Neanderthals, according to a study from the Max Planck Institute for Evolutionary Anthropology in Leipzig, Germany, published Wednesday.

"The probability that humans who inherited this gene variation have to be put on a ventilator when they contract the novel coronavirus Sars-CoV-2 is three times higher," Hugo Zeberg, an evolutionary anthropologist at the institute, said in a statement.

The variation is linked to a higher risk of hospitalization and respiratory failure in people who become infected with the coronavirus.

The risk associated with the gene cluster is similar to other risks like age or certain pre-existing conditions.

Passed down over generations

The study, published in the journal Nature, compared the cluster to genes of Neanderthals and Denisovans. Researchers noted that the DNA sequence was very similar to one found in a 50,000-year-old Neanderthal from Croatia.

"It turned out modern humans inherited these gene variations from Neanderthals when they mixed 60,000 years ago," Zeberg said.

Modern humans and Neanderthals interbred throughout various points in history, resulting in an exchange of genetic material that can still be seen by scientists today.

Zeberg and his research partner Svante Paabo were unable to identify why this specific cluster causes complications in COVID-19 patients.

"It is alarming that a genetic heritage from the Neanderthals can have such tragic consequences in the current pandemic," Paabo said, stressing that more research should be done immediately.

The gene cluster does not appear equally in different geographical regions, the researchers said.

It appears in the genome of nearly half of people in South Asia, in Bangladesh in particular, but only 16% of people in Europe. In Africa and East Asia it is nearly non-existent, they said.