Cezanne's "La Montagne Sainte-Victoire" was found in the trove of notorious "art hermit" Cornelius Gurlitt in 2014. How the work came to be in the hands of the Nazis remains a mystery. 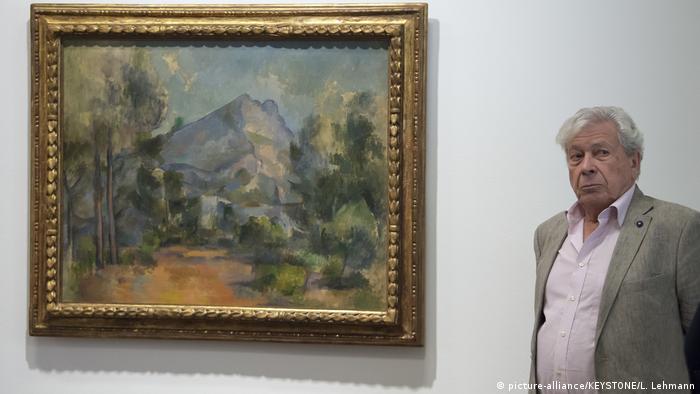 The Bern Museum of Fine Art in Switzerland will retain ownership of a Paul Cezanne painting found in a Nazi-era trove in 2014, the artist's heirs confirmed on Tuesday. They also said that the museum had agreed to regularly exhibit the work in Cezanne's hometown of Aix-en-Provence, France.

"This solution in the spirit of the Swiss-French friendship and partnership allows two great museums, Bern Museum of Fine Art and the Musee Granet in Aix-en-Provence, to show a masterpiece by our grandfather Paul Cezanne for the benefit and enjoyment of a great audience," said Philippe Cezanne (pictured above), great-grandson of the master painter.

The painting was found in the now-infamous Gurlitt collection, originally amassed by German art dealer Hildebrand Gurlitt under direction from the Nazis to sell or get rid of "degenerate" art seized from museums.

But Gurlitt kept many of the paintings, and his son Cornelius Gurlitt stored the collection in his Munich apartment until he died at the age of 81 in 2014. In his will, he left the works to the Bern museum.

How the painting, the 1897 landscape "La Montagne Sainte-Victoire," ended up in Gurlitt's possession remains a mystery. It was the property of the Cezanne family until 1940, but the family has said that it was not stolen from them by the Nazis.

"When and under which circumstances Hildebrand Gurlitt acquired the work remains unclear," the Bern museum said.

The painting is currently part of the Bern museum's exhibition "Gurlitt: Status Report Part 2; Nazi Art Theft and Its Consequences."

A sixth Nazi-looted artwork that ended up in the "Gurlitt" trove in Munich has been identified. The clue was a tiny repaired hole spotted in the canvas of the French painter Thomas Couture. (25.10.2017)