Ex-members of Eddie Gallagher's elite commando unit who served in Iraq have described him as "freaking evil" and "toxic" in a leaked video. The platoon leader was controversially pardoned by the US president. 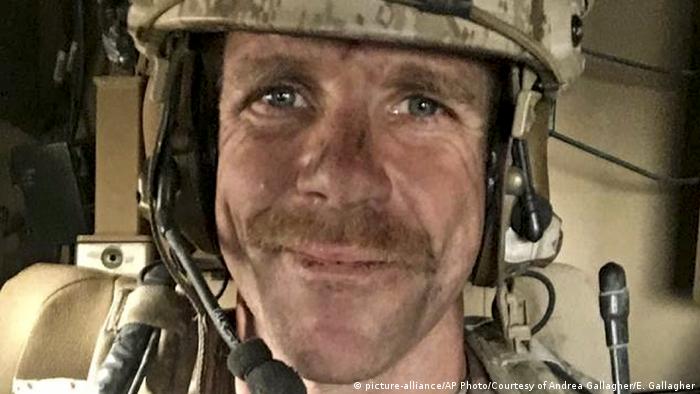 A Navy SEAL platoon leader who was tried for war crimes and later pardoned by US President Donald Trump was described as "toxic" and "freaking evil" by veterans who served with him in Iraq, the New York Times has reported.

The comments were made in video footage shared with war crimes prosecutors, who investigated charges of premeditated murder by Eddie Gallagher.

The now 40-year-old was accused of allegedly stabbing to death a captured, wounded 17-year-old "Islamic State" (IS) fighter in Iraq in May 2017.

Gallagher was acquitted in July by a military jury of all but one charge of posing for a picture with a human casualty.

Trump intervened, against the Pentagon's advice that he could damage the integrity of the military judicial system and demanded that Gallagher's rank be restored.

What the video shows

The footage shows members of Gallagher's SEAL Team 7 Alpha Platoon speaking to agents from the Naval Criminal Investigative Service about his conduct in Iraq.

In sometimes emotional interviews, they describe how their chief seemed to love killing, how he targeted women and children and boasted that "burqas were flying."

Another platoon member, identified by the Times as special operator first class Corey Scott, said: "You could tell he was perfectly okay with killing anybody that was moving." 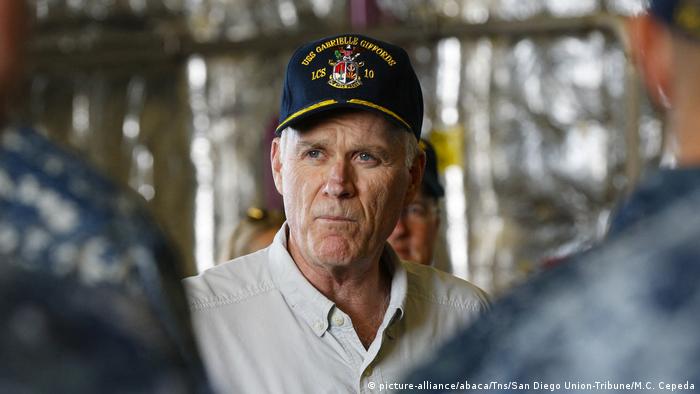 US Navy Secretary Richard Spencer, who was fired over the affair, described Trump's actions in the Gallagher case as a "shocking and unprecedented intervention"

The material also includes thousands of text messages the SEALs sent to one another about the case and video from a SEAL's helmet camera that shows Gallagher approach a barely conscious captive — a teenage IS fighter  — in May 2017. The camera then shuts off.

Three SEALS then described in video interviews how they saw Gallagher stab the sedated captive for no reason and hold an impromptu ceremony over the body as if it were a trophy.

Miller called it "the most disgraceful thing I've ever seen in my life."

Platoon members told investigators that they tried repeatedly to report what they saw but no action was taken, so they approached the Naval Criminal Investigative Service, and Gallagher was arrested a few months later.

Gallagher denies the allegations, dismissing them as smears by platoon members who could not match his performance.

The military trial became a cause celebre in conservative media and prompted Trump to intervene to have Gallagher removed from jail and placed in a Navy hospital, where he had more freedom.

After his acquittal, Gallagher was demoted, and the Navy moved to remove his official SEAL pin. But Trump intervened again, ordering the pin and rank be restored.

Trump went on to fire Navy Secretary Richard Spencer over the affair and last weekend, he hosted Gallagher and his wife at the president's Florida resort.

Through his lawyer, Gallagher issued a statement to the Times saying: "My first reaction to seeing the videos was surprise and disgust that they would make up blatant lies about me, but I quickly realized that they were scared that the truth would come out of how cowardly they acted on deployment."

Conan was injured as it helped track down "Islamic State" leader Abu Bakr al-Baghdadi in Syria last month. The dog was honored by the US president, his wife Melania and Vice President Mike Pence at the White House. (25.11.2019)

The fall of al-Shabab and Islamic State partly accounts for the decrease in deaths by terror worldwide. Far-right attacks are on the rise, and deaths at the hands of far-right terrorists are increasing. (20.11.2019)

Donald Trump's 'absolute right to pardon myself' does not exist

Contrary to his claim, the US president likely does not have the right to pardon himself, according to constitutional experts. But the key question is whether Congress would let Donald Trump get away with it anyway. (05.06.2018)