NATO has responded to rising violence in Afghanistan by scaling back joint operations with the local army and police. Officials say the Muhammad film has stirred heightened unrest in the country. 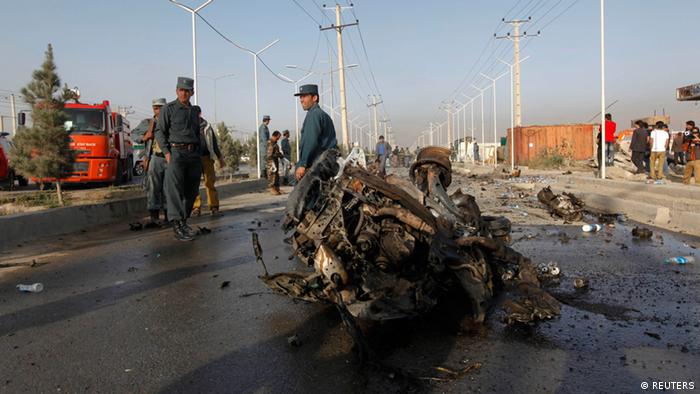 The atmosphere in Afghanistan has grown so explosive in recent days - fueled by the anti-Islamic film clip circulating on YouTube - that NATO has been forced to take action.

Among the moves: it has scaled back most joint patrol operations involving its International Security Assistance Force (ISAF) troops for units smaller a battalion, which is around 800 soldiers.

NATO is also responding to the more than 50 ISAF soldiers killed this year by supposed Afghans allies in army and police uniforms. 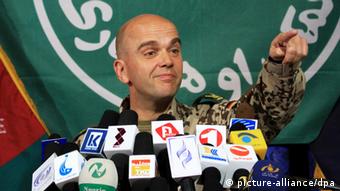 "General John Allen as the senior responsible leader here in Afghanistan not only has the task to keep on pressuring the insurgency but he also needs to make sure that his troops have the right protection," said ISAF spokesman Günter Katz.

That's the explanation given for significantly reducing joint operations with Afghan security forces. Smaller NATO troops can now only join Afghans on patrol with special permission.

This restriction comes despite the fact that the side-by-side training and combat have been previously seen as a successful policy for training the local Afghan army and police, which are to take over responsibility for security in Afghanistan in 2014.

"In this critical time, I think this setback shows that in the next one and a half years that we have up to 2014 we will face a lot of problems," said Waliullah Rahmani, director of the Center of Strategic Studies in Kabul. "When I'm talking about 'we,' I mean the Afghan security forces because they are not ready enough to counter the insurgents in Afghan at a level that the NATO forces have been able to." 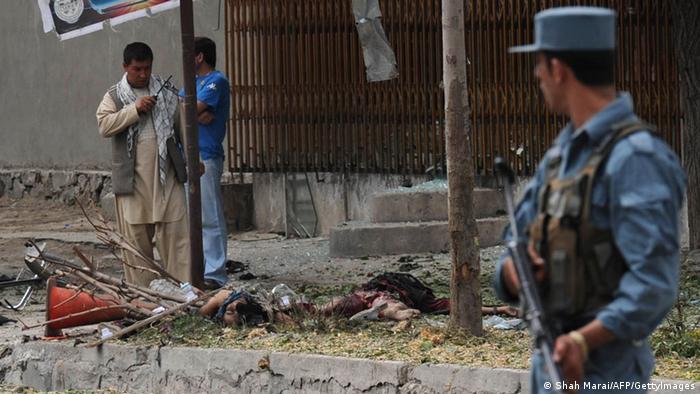 The NATO decision was announced on the same day of a bloody suicide attack in Kabul.

A group of insurgents called the Hezb-e-Islami has taken responsibility for the attack, claiming retaliation for the anti-Islamic video. A 20-year-old woman from Kabul carried it out, according to the group.

Observers aren't surprised by the militants using the defamatory video as a way to capture maximum attention and spread their theory that all Muslims are in a defensive struggle against the West.

No violent protests so far

Hezb-e-Islami is led by the notorious warlord Gulbuddin Hekmatyar, who played a decisive role in the war against the Soviets in the 1980s and later helped Afghanistan sink into a bloody civil war. The group, however, is less talked about than the Taliban.

Despite some demonstrations against the video, Afghanistan has so far been able to avoid violent protests.

ISAF officials say the will resume their security model as soon as conditions are warranted.

After a series of attacks that have seen Western soldiers killed by Afghan colleagues working side-by-side, NATO has announced it is scaling back some of its joint operations with Afghans. (18.09.2012)

Nothing wrong with the troops' morale: ISAF

The number of insider attacks against NATO soldiers in Afghanistan is on the rise. German General and ISAF spokesman Günter Katz has spoken with DW about the developments. (18.09.2012)

Demonstrations against a controversial anti-Islam film show no sign of abating in the Muslim world. Flag burning and anti-American chants are common themes outside American embassies and other missions. (19.09.2012)