Climate change "makes the world more unsafe," according to the head of the military alliance NATO. Stoltenberg is hosting US climate envoy John Kerry for talks. 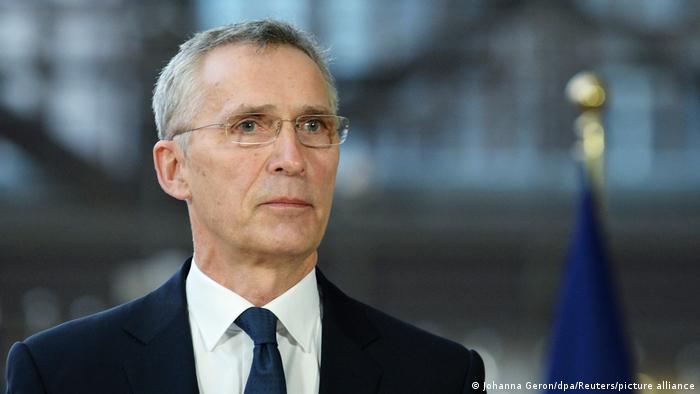 NATO must reduce its "military emissions" in an effort to tackle climate change, Secretary-General Jens Stoltenberg said on Wednesday.

He made the announcement on Twitter as he welcomed the United States' special envoy for climate — John Kerry — to Brussels.

He tweeted: "Great to welcome @ClimateEnvoy John Kerry to Brussels. We agree that climate change makes the world more unsafe, so #NATO needs to step up and play a bigger role in combating it — including by reducing military emissions. I look forward to working closely together. #NATO2030."

Last September, in an op-ed published on the NATO website, Stoltenberg declared he had been "passionate about climate change all of my life."

"It is my responsibility to address the threat climate change poses to our shared security."

Shortly after assuming office in January, President Joe Biden signed an executive order to have the United States rejoin the Paris climate agreement, a landmark international accord to reduce climate change by reducing emissions. Donald Trump pulled the US out of the agreement in 2017.

Blinken added that "addressing the real threats from climate change" would be at the center of Washington's domestic and foreign policy priorities.

Now, global climate action groups hope the US will honor billions of dollars in pledges to the Global Climate Fund.

In January, US climate envoy John Kerry promised that Washington would "make good" on its climate finance promise.

As at US-led meeting in Germany, supporters of Ukraine were seeking donations for winter equipment as the conflict grinds on. Western powers praised military gains, but warned more aid was needed.