NATO's Secretary-General Jens Stoltenberg has met with US President Donald Trump in Washington ahead of the alliance's 70th anniversary. Trump Germany's contributions have been a point of discussion. 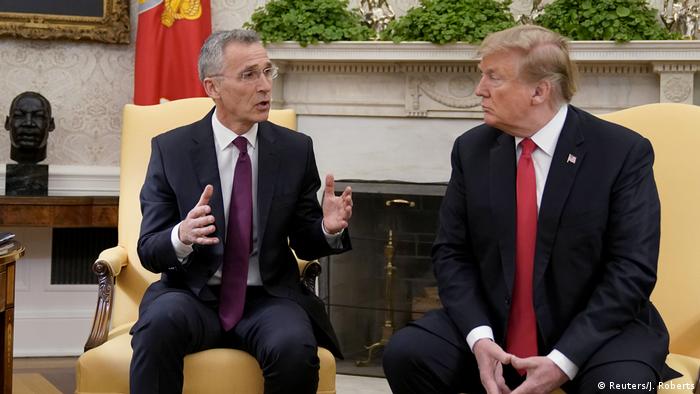 US President Donald Trump said on Tuesday that NATO member nations had improved in paying their share of the alliance's costs but said he hoped to see more.

"We've worked together in getting some of our allies to pay their fair share. It's called burden sharing," Trump said at the White House as he met with NATO Secretary-General Jens Stoltenberg. Trump described the US' relationship with Stoltenberg as "outstanding."

Trump has often complained that the US bears too much of the military alliance's financial burden. He singled out Germany after DW's Washington correspondent, Alexandra von Nahmen, asked him about German defense spending.

"Germany honestly is not paying their fair share," he said. "They're not paying what they should be paying. They're paying close to 1 percent."

Trump said he wanted to see NATO members pay more than 2 percent of gross domestic product (GDP) for defense. "We are protecting countries that have taken advantage of the United States," he said. 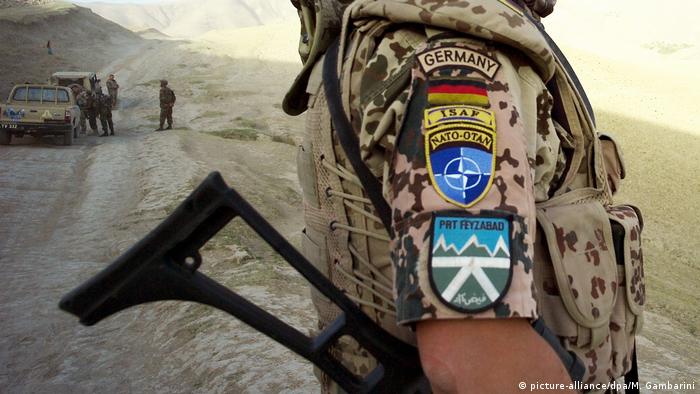 German soldier as part of the NATO deployment in Afghanistan

Stoltenberg has echoed the US president's comments, saying: "I expect Germany to make good on the pledge Germany made together with all other NATO allies," said Stoltenberg.

"I expect them to meet spending commitments, and they have submitted to NATO a national plan where they outline how Germany will increase defense spending in real terms by 80 percent over a decade," he had said before leaving Brussels.

Germany's defense expenditures have come under scrutiny since Trump assumed office two years ago. He has threatened to pull the US out of NATO if member counties do not significantly boost their defense spending.

Read more: Frustration in US over Germany's defense spending shortfall