NATO chief in talks with Germany, Turkey over Incirlik dispute

NATO head Jens Stoltenberg has said he is focused on finding a solution between Germany and Turkey on the issue of visiting rights to the strategic Incirlik air base. Berlin has threatened to withdraw German troops. 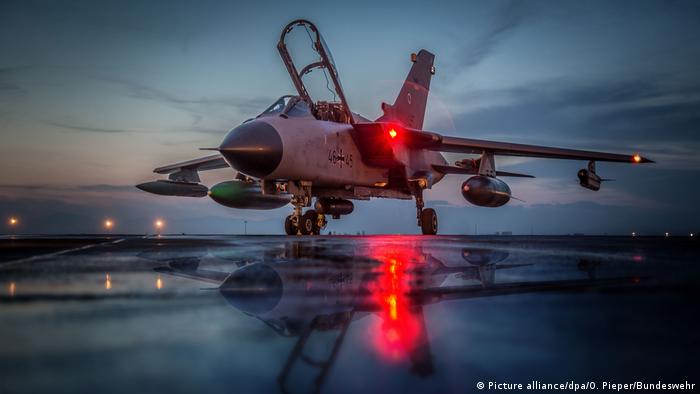 NATO Secretary General Jens Stoltenberg has told German daily newspaper Bild that he was in contact with military allies Germany and Turkey in an effort to find a solution on the issue of visiting rights to a strategic Turkish air base where German soldiers are stationed.

For the second time in the past year, Turkey has denied German lawmakers access to the Incirlik air base, where roughly 250 German troops are deployed to assist a US-led coalition against the so-called "Islamic State" (IS) militant group.

Berlin has threatened to relocate its soldiers if Turkey does not provide access to the parliamentarians, with German Chancellor Angela Merkel saying authorities are assessing alternatives to host the Bundeswehr deployment. Authorities have considered Jordan, Cyprus and Kuwait as suitable alternatives to deploy the German troops. Jordan and Kuwait are NATO partners and form part of the anti-IS coalition.

However, Stoltenberg declined to comment on the possibility of the withdrawal, telling Bild there is no use in answering hypothetical questions.

Turkey denied access to the base in response to Germany's decision to grant asylum to Turkish military personnel. Ankara has accused the Turkish soldiers, which reportedly included two generals, of supporting the failed coup that attempted to oust President Recep Tayyip Erdogan in July 2016.

German lawmakers have threatened to actively pursue the withdrawal if Merkel is unable to persuade Turkey during a NATO summit slated for later this week.