NATO Approves Aid for Katrina Relief | Europe | News and current affairs from around the continent | DW | 09.09.2005

NATO on Friday approved a US request for it to play a bigger role in transporting and coordinating European aid for the victims of Hurricane Katrina. 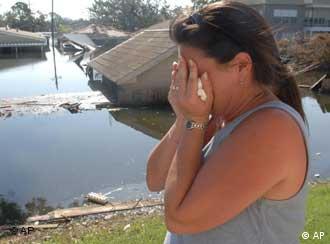 European countries have pledged to help the US how they can

Ambassadors from the transatlantic alliance's 26 member states approved measures in an emergency meeting Friday including up to three ships with a capacity equivalent to around 600 long trucks for bulky equipment. Boeing-707 jets from a small fleet of NATO aircraft will deliver smaller aid items. 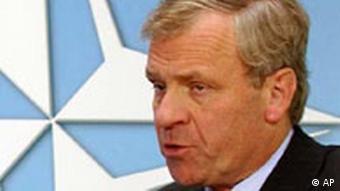 "This decision was an easy one, because no other answer could have been possible," NATO Secretary-General Jaap de Hoop Scheffer told reporters after the meeting. "It shows that the NATO alliance is ... ready to do its part in the diminishing of the human suffering - which is so huge."

NATO officials said aircraft could be sent in a few days but the ships providing the bulk of the supplies will take longer take a minimum of two weeks.

U.S. ambassador to NATO Victoria Nuland expressed gratitude for allies' support "to help ensure that the enormous outpouring of humanitarian offers...can get to those in need quickly."

In all, more than 90 countries have offered services or equipment and aid to US authorities, who are seeking to manage the influx of foreign help amid the devastation wreaked by the hurricane on the Gulf Coast. 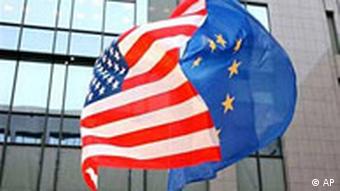 The European Union, which groups many of the same countries as NATO, has also stepped up to the plate to help US authorities deal with the consequences of Hurricane Katrina. The United States on Sunday officially asked for emergency aid from the EU in the form of blankets, medicines, water, pumps, food rations and other supplies for the victims of Hurricane Katrina, said the European Commission.

Some European officials have cited logistical problems in getting aid to its destinations. For example, one Swedish plane full of supplies was kept waiting this week because it lacked approval to land in the United States.

US President George W. Bush, who has been heavily criticized for his handling of the catastrophe, initially refused foreign aid but reversed that stance faced with the scale of the disaster.

Earlier this week the US State Department said that Washington had already been offered one billion dollars' worth of assistance from some 45 countries. The last time the United States called for NATO help was in 2002 when alliance surveillance planes were used to monitor the skies over the Salt Lake City Olympic Games.

Before that, in the first time in its history, NATO dispatched the AWACS planes to help guard US airspace after the September 11, 2001 attacks on New York and Washington.

One small positive aspect of all the devastation wrought by Hurricane Katrina might be an improvement in transatlantic ties strained by the war in Iraq, experts say. (Sept. 9, 2005)

Aid from around the world is streaming to the United States in the wake of Hurricane Katrina. George W. Bush has had his hands full in managing the clean-up but has also taken time to thank those who have helped. (Sept. 6, 2005)

Two US planes carrying a team of experts from Germany's Technisches Hilfswerk, the federal agency for technical relief, have left for the Gulf Coast. US President Bush accepted Berlin's offer of help on Sunday. (Sept. 8, 2005)

Meanwhile, the first Russian soldier to face trial for killing a civilian has asked the man's widow for "forgiveness." Ukrainian President Zelenskyy has warned of a long war.