A new plan agreed by NATO will see the alliance's military presence in Eastern Europe strengthened. The effort is meant to show solidarity and to reassure Eastern European members against perceived threats from Russia. 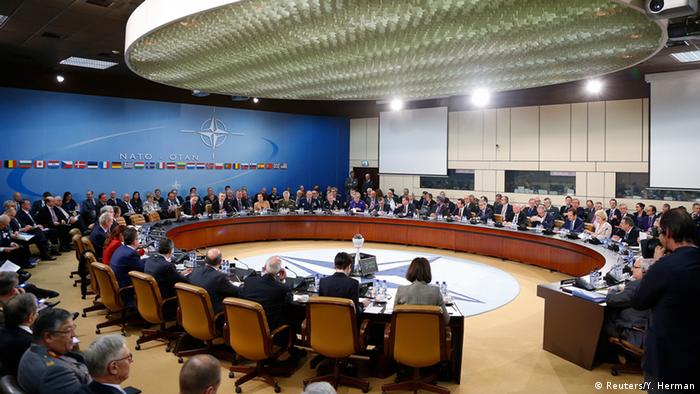 Defense ministers from NATO countries agreed on Wednesday to a plan that would see the military alliance strengthened in Eastern European countries feeling at risk of aggression from Russia.

The "enhanced forward presence in the eastern part of our Alliance," as NATO Secretary General Jens Stoltenberg put it, is designed to "make clear that an attack against one ally is an attack against all allies, and that the alliance as a whole will respond."

NATO, the North Atlantic Treaty Organization, is a 28-member military alliance made up of mostly Western European countries. In the past two years, relations between Russia and NATO have been at a level not seen since the Cold War, due in large part to Russia's suspected involvement in Ukraine's civil war and the annexation of Crimea.

Other Eastern European nations are concerned that Russia would carry out similar operations in their countries, and have increasingly looked to NATO for support.

Wednesday's agreement is a renewed pledge of solidarity among members.

The full details of the enhanced eastern presence have yet to be discussed but are likely to be complete by NATO's Warsaw Summit in July. The broad plan foresees multinational forces stationed in eastern NATO countries on a rotational basis while a larger, rapid-response contingent would be available upon short notice from elsewhere in Europe.

Turkey's President Erdogan slams US for supporting Kurds in Syria

Erdogan's criticism of the US comes at a time when the two long-time allies find themselves facing conflicting security threats. Turkey fears a Kurdish-controlled region on its border while the US fears IS attacks. (10.02.2016)

NATO's 28 defense ministers will consider, this week, a request to help Turkey track down human traffickers along its border with Greece. The request is not without concerns from Greece, and other member states. (09.02.2016)