Winning nearly 80% of the vote, Zhaparov is set to complete his rise from prison to presidency. But voters also chose to do away with parliamentary rule in Kyrgyzstan. 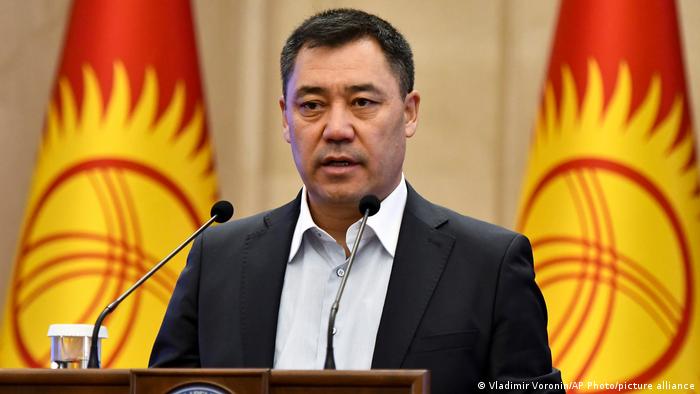 Zhaparov is seen as 'a man of the people'

Nationalist Sadyr Zhaparov has won the presidency of Kyrgyzstan on Sunday as the central Asian nation held its first elections since political unrest in October.

At the same time, voters also elected to do away with a parliamentary system of government, granting more powers to the presidency in the former Soviet state.

Results published by the country's Central Election Commission (CEC) showed Zhaparov with close to 80% of the vote. His closest competitor, Adakhan Madumarov, was at less than 7% support.

From prison to the presidency

Kyrgyzstan has a history of political volatility. Before toppling the government of President Sooronbai Jeenbekov last October, similar violent protests deposed presidents in 2005 and 2010.

During the recent protests, Zhaparov was sprung from jail by supporters ahead of a court ruling overturning his conviction. His popularity vaulted him into government and eventually to acting prime minister.

Zhaparov, 52, campaigned on traditional symbols and values while promising to double healthcare spending and weed out graft in the impoverished and predominantly Muslim nation.

Speaking to DW, Kyrgyzstan political scientist Mars Sariev said that Zhaparov was seen as "a man of the people."

"In the provinces, people are deeply disappointed with Kyrgyzstan's political elite,"  Sariev, who is based in the nation's capital of Bishkek, told DW's Emily Sherwin. 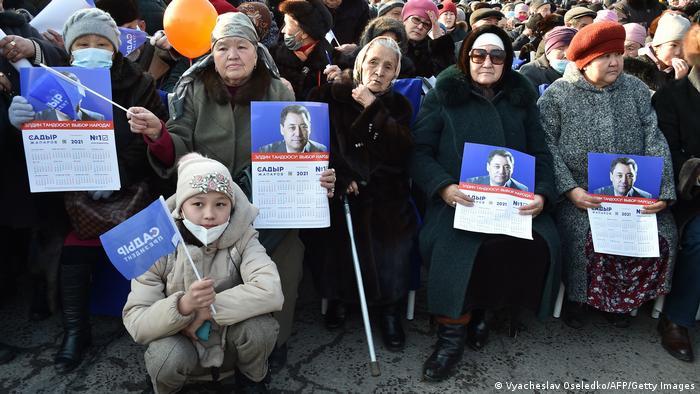 Explaining that the revolutions which previously rocked the nation were not seen as popular uprisings, Sariev stated that they were more like "overthrows by oligarchs, which didn't change people's lives at all but instead pushed the Kyrgyz Republic backwards."

During the campaign, Zhaparov called Russia a "strategic partner" for Kyrgyzstan. Political analyst Sariev thinks that Moscow has been backing Zhaparov. The politician's "sudden appearance on the political scene" in Bishkek during protests in October was no coincidence, according to Sariev. He told DW that Moscow could have been trying to gain control over the demonstrations through Zhaparov.

Russian President Vladimir Putin recently described the overthrow of the previous government as a "misfortune."

Kyrgyzstan remains closely tied with its neighbor. Its economy relies on Russian oil and gas, as well as remittances that Kyrgyz workers send home from work there. "We are fully dependent on Moscow," said Sariev.

In addition to picking a new president, Kyrgyz voters also decided to move towards a presidential form of government and away from a parliamentary system. The parliamentary rule had been adopted a decade ago to tame authoritarianism.

Critics of Zhaparov fear his victory and the constitutional reform could tip Kyrgyzstan towards the authoritarianism which has historically prevailed since independence from the Soviet Union in 1991.

After winning the vote, Zhaparov said that he expected a referendum on the constitution and that fresh parliamentary elections will take place before June.