Nationalist politician Sadyr Zhaparov has secured enough votes in Kyrgyzstan's parliament to become the country's new premier. The president subsequently ratified the vote, in a step towards ending ongoing unrest. 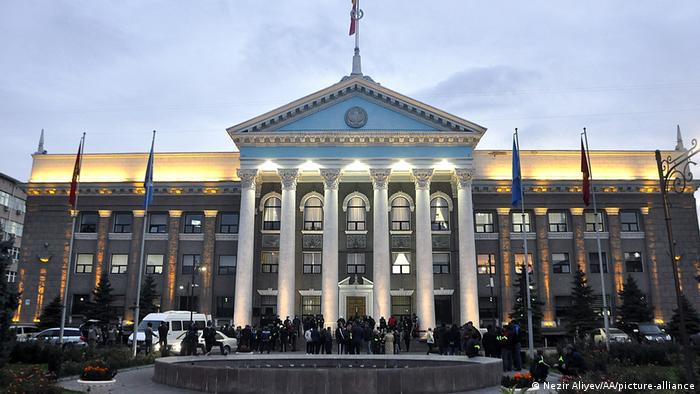 Opposition politicians and election monitors said the election was fraudulent due to vote-buying on behalf of Jeenbekov's supporters.

The results of the first election were declared invalid by Kyrgyzstan's Central Election Commission following violent riots in the capital, Bishkek. 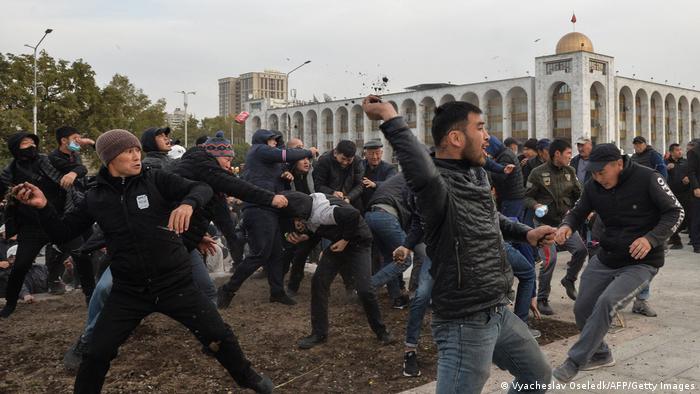 Zhaparov supporters throw mud at a rally in Bishkek

Later on Wednesday, Jeenbekov signed a decree appointing Zhaparov prime minister, after previously refusing to do so.

Zhaparov,  passed quorum for a first time to become prime minister on Saturday during a previous extraordinary session of parliament. The vote was challenged by some lawmakers, with Jeenbekov subsequently vetoing the decision due to proxy voting by some in parliament.

At the time, Jeenbekov said he would not sign off on an appointment without a parliamentary quorum — pushing parliament to vote for a second time.

On Wednesday, Zhaparov secured the backing of the ruling coalition with more than 80 lawmakers from the 20-member parliament attending the extraordinary session.

Since being released from jail by his supporters, Zhaparov has made several attempts since unrest began to secure the prime ministerial post. He has also repeatedly called for the president to resign from his post.

Jeenbekov has said he is prepared to resign once a new Cabinet is legitimately appointed.

Correction from October 14, 2020: A previous version of this article included two spellings of politician Sadyr Zhaparov's name and misidentified him. The article has now been corrected. We apologize for the errors.