The central Asian country has banned rallies and imposed a curfew in the capital due to unrest after last Sunday's parliamentary election. The president's predecessor has been rearrested after being freed by protesters. 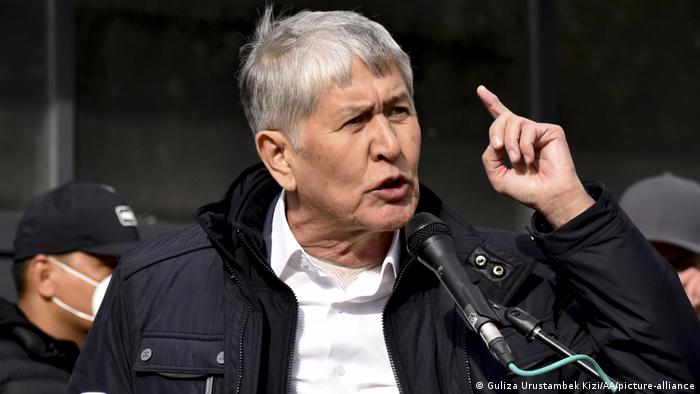 Kyrgyz President Sooronbai Jeenbekov on Saturday appeared to strengthen his grip on power following days of often violent anti-government protests by having his main opponent and predecessor rearrested just days after he was freed by demonstrators.

Atambayev received an 11-year jail sentence in June for corruption and abuse of office — charges that he and his supporters say were trumped up.

Kyrgyzstan's latest political crisis erupted after the president's supporters won parliamentary elections on Sunday that the opposition and monitors said had been marred by vote-buying.

Although the result was subsequently canceled by the electoral authorities, this failed to quell unrest.

More than 1,200 people have been injured and one person has been killed in clashes that erupted on Monday.

Jeenbekov on Friday ordered troops to deploy and reestablish order. Military checkpoints were put up overnight around the capital Bishkek, where a 9 a.m to 5 p.m. curfew was imposed following the declaration of a state of emergency until October 21.

Read more: Azerbaijan and Armenia accuse each other of violating cease-fire

The president also fired top security council officials who had either supported his opponents or failed to intervene when the opposition said on Tuesday it was seizing power in the Central Asian nation.

Shortly after Almazbek was rearrested on Saturday, a majority of lawmakers voted for lawmaker Sadyr Zhaparov, a headstrong populist, to become acting prime minister during an extraordinary session of the parliament.

Zhaparov said he expected the president to honor a pledge to resign once a new government had been formed, which Jeenbekov made as clashes between rival groups escalated.

"I met with him here at the state residency. He said that after confirming the cabinet and government structures, he would resign," Zhaparov said at his confirmation.

Some critics fear the 61-year-old president's promise is a delaying tactic.

Zhaparov has also called for constitutional reforms before fresh presidential and parliamentary elections. 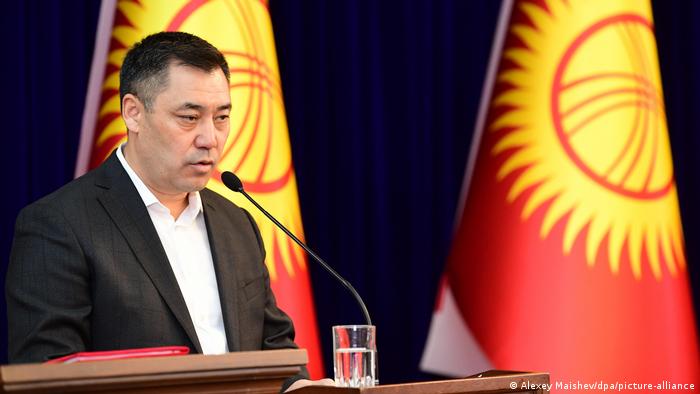 Jeenbekov came to power in 2017 with support from Atambayev but the two fell out soon afterward.

Russian President Vladimir Putin, to whom both men are loyal, failed in his attempt to resolve the pair's previous standoff, last year.

The latest unrest has also alarmed Moscow, which has seen neighboring ally Belarus rocked by post-election protests and war break out over the disputed region of Nagorno-Karabakh.

Kyrgyzstan, which hosts a Russian military airbase and serves as a hub for trade with neighboring China, has seen two previous presidents toppled by popular revolts since 2005.

Sri Lankan armed forces have moved to dismantle the main camp set up by anti-government protesters in the Sri Lankan capital, Colombo. Hours later, an ally of the Rajapaksa family was tapped as prime minister.

Peacekeeping troops deployed under a Moscow-led regional military alliance have begun pulling back from Kazakhstan, officials said. They were deployed amid anti-government protests that left scores of people dead.