Prime Minister Kubatbek Boronov is reported to have stepped down from the top job. Earlier, the opposition claimed it seized power after storming government buildings. 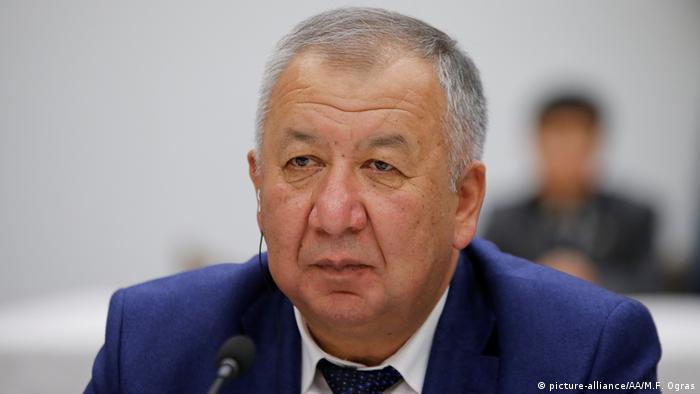 The Kyrgyz opposition said earlier on Tuesday it had seized power after storming government buildings, following mass demonstrations at the result of the weekend's parliamentary elections.

Kyrgyzstan's Central Election Commission earlier Tuesday declared the results of the weekend's parliamentary election invalid. The decision was made in order to "avoid tension" in the country, said the commission.

The Kremlin on Tuesday expressed "concern" about the deteriorating situation in the country and said it hoped leaders would find a swift solution.

Who is taking the top job?

At an emergency session of the Kyrgyz parliament — known as the Jogorku Kenesh — members voted on Tuesday to appoint Sadyr Zhaparov as Kyrgyz prime minister, as the body's press office told Interfax news agency.

Zhaparov was born in 1968 in the northern Issyk-Kul region. He was twice elected to the Kyrgyz parliament and is the founder of the Mekenchil party, which lost the parliamentary elections on October 4.

He was detained in 2017 for his part in organizing a demonstration demanding nationalization of the Kumtor gold mine in the town of Karakol. He was released by supporters, who on Tuesday stormed the prison compound where he was being held.

During an earlier meeting, the parliament had also voted to accept Boronov's resignation, reported Interfax.

The current Kyrgyz Cabinet will continue to perform duties until the formation of the new government, stated Interfax citing media reports.

Violent clashes and protests have broken out in the central Asian country after the results of Sunday's parliamentary election were announced. Protesters called for the result to be canceled after the majority of the votes went to parties tied to ruling elites.

Kyrgyzstan has had a history of popular uprisings and political turmoil since gaining independence after the break up of the Soviet Union in 1991. Protesters ousted two presidents in revolutions in 2005 and 2010. Now, after a decade of relative stability, people have raised concerns over rampant corruption and domination by certain powerful clans.