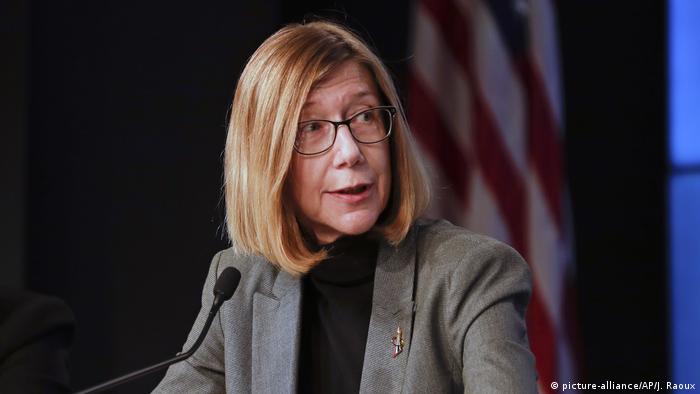 NASA chief Jim Bridenstine on Friday announced that Kathy Lueders would become the first female head of human spaceflight as the US space agency sets its eyes on a new mission to the moon.

"Kathy has successfully managed both the Commercial Crew & Commercial Cargo programs and is the right person to lead HEO as we prepare to send astronauts to the Moon in 2024."

Lueders, a veteran engineer at NASA, oversaw the historic launch from Cape Canaveral last month when two astronauts were brought to the International Space Station on a SpaceX rocket, marking the first-ever commercial flight into space.

The flight was dubbed a major success, with observers saying it marked the US' return to human spaceflight. For the better part of a decade, there was a US human spaceflight gap as a result of the Obama administration retiring the Space Shuttle.

"You can never sell this NASA and SpaceX team short," said Lueders ahead of the launch. "They've accomplished miracles for me."

From the moon to Mars

Lueders' mission will be to place two astronauts on the moon. US President Donald Trump's administration has pushed for a 2024 moon landing, but NASA is unlikely to meet that deadline.

Earlier this year, Trump requested a 12% increase to NASA's budget, saying: "NASA's top-priority mission is to return American astronauts to the moon by 2024 and build a sustainable presence on the lunar surface as the first step on a journey that will take America to Mars."

The mission, dubbed the Artemis program, is tasked with putting the first woman on the moon.